Eat like an Italian, customs and inclinations of Italians at the table 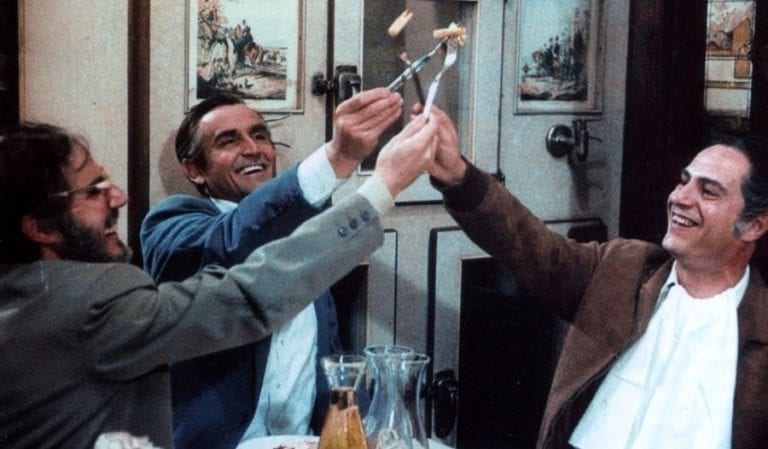 Eating is a cultural expression. La buona tavola–the good table–is not just a euphemism for fine dining, it is the reflection of Italy’s convivial character. Here are some of the habits, customs and inclinations of how we Italians behave at the table

Italians are incredibly strict when it comes to observing eating regulations. Rule number one? We like to linger at the table.

You’ll never see any Italian order a cappuccino with or right after a meal. No fine restaurant in Italy should ever allow its customers to drink such a heavy beverage after – or worse – along side with, spaghetti with clams. This may be the reason behind the ridiculous rumor that Italians don’t drink cappuccino after 11 am. Italians don’t drink cappuccino after lunch or dinner, reserving the frothy milk and coffee mix exclusively for breakfast. Which sometimes happens after 11 am.

How Italians consume the first meal of the day is another peculiarity. While overseas it’s customary to start the day with a rich, nutritious breakfast – bacon, eggs, juice and cereal – the Italian breakfast features caffeine and sugary, yeasty carbs. A cornettoat the coffee bar, or a slice of mamma’s cake at home.

It’s not customary for Italians to have bread and butter at the table. Nor is it common to dip bread in olive oil, unless attending an annual olive pressing ritual. They are adamant about their scarpetta, though. Sopping up sauce or meat drippings off the plate and enjoying every last bit of the dish with chunks of bread may be frowned upon at formal gatherings, but scarpetta(the action even has its own name, “little shoe”, don’t ask why) is a religion. There are even eateries that now serve sauces and bread for scarpetta as their gimmick.

The table is set, the pot is bubbling on the stove and the classic beckoning call, “A tavola!” is always followed by someone bringing a bottle of wine and some water at the table. Sodas and beers may be allowed at the pizzeria, but there is never milk in the kids’ glasses, ever.

Wine pairing is intuitive and ingrained in most Italians’ dna. Did you know there’s a minimum drinking age in Italy? Yet, no bar will ask for ID. Not enforcing the restriction causes an overall indifference in Italian kids, which results in a virtually non-existent underage alcohol problem. 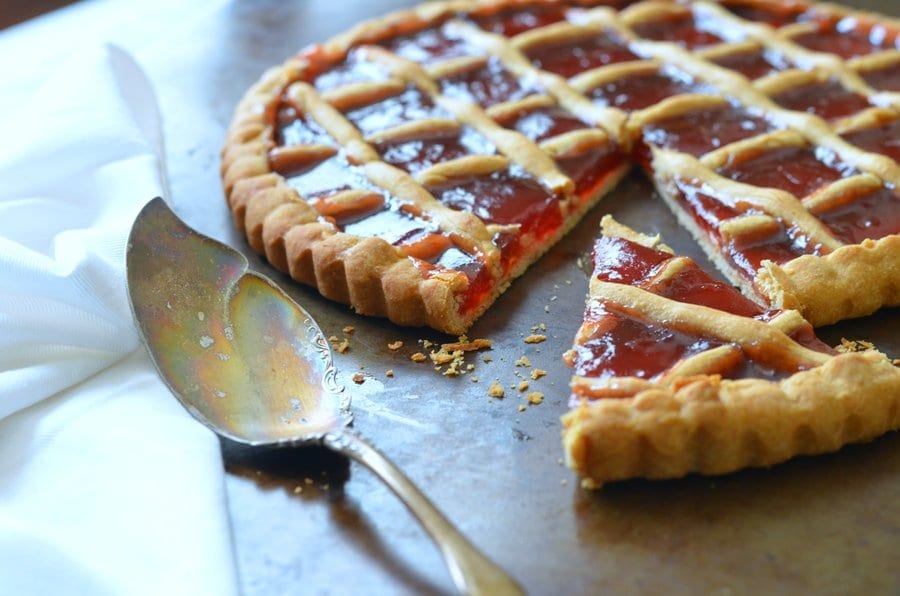 Merenda is a fantastic word, it’s a poetic term for afternoon snack. Merenda is part of every Italian's childhood, it means chocolate spread sandwiches or slices of cake, panini stuffed with prosciutto and sweaty foreheads in between soccer games. But merenda is not just an afternoon affair, a very popular merenda is the one enjoyed in the middle of the morning, which is usually savory: a fried treat like arancini in Sicily, or warm focaccia sliced open and stuffed with mortadella is classic Roman merenda; oozing cheese is the Liguria counterpart, while in Puglia thick and fluffy squares are dotted with half-sunken cherry tomatoes and olives.

The main meal (dinner at home, as opposed to quick lunch at work) is traditionally a multi-course one. Restaurant menus feature antipasto, primo, secondoand side dish contorno. And then dessert, coffee and amaro. This may sound gargantuan, when in actual fact Italian portion sizes are smaller than anywhere else, and factored in the complete 5-course meal is a relatively healthy balance of protein, carbs and vegetables. Paradoxically, Italians get fewer calories and a healthier, more balanced meal by eating three courses than one, giant entrée covered in sauces and cheese, like commonly happens in many international cuisines.

Although the rest of the world imagines the 5-course Sunday extravaganza as the weekly norm, the actual number of courses in an average working day repas is a much more frugal one. How people in Italy do that depends mostly on their line of work. Occupation does occasionally make the difference: while a white-collar may grab a quick panino or a salad at the nearby cafe or tavola caldathat has an agreement with his firm, often providing employees with "buoni pasto" prepaid meal coupons; it is the low-income labor that gets the best grub. Most hard hats carry home-cooked meals to work. The lunch pail solution during the workweek is frequently used throughout Italy – not restricted to the construction site – in many professional settings. Commuters, shop owners and full-timers all shut down for pausa pranzoand either bring lunch from home or grab a bite at the nearest restaurant that cuts them deals on complete meal dishes, effectively zeroing out on steep meal prices, limited time breaks and having to work on a super-full stomach.

Although trends are evolving, grated cheese is not traditionally added to fish-based dishes. This rule has eroded somewhat, but it’s still possible to raise eyebrows when asking for a dusting of Parmigiano over pasta with shrimp or mussels.

When eating at someone's home, guests are expected to eat everything on their plate. Leaving food is still considered a sin (memories of WWII hunger still linger in collective memory), but again, this has changed somewhat over time. Leaving large amounts of food on one’s plate is still considered an insult to the cook. Conversely, be wary of cleaning the plate too quickly: this is a silent request for seconds. When invited for Sunday lunch, it’s good etiquette for guests to bring some sort of dessert. This usually translated into a beautifully wrapped tray of pastries from the local bakery, a kilo of gelato, or homemade cake.

Salad dressing is not from a bottle

Italians customarily dress their salads with olive oil, salt and vinegar. Occasionally the vinegar may be substituted with lemon if the salad ingredients require this. On the Italian table there is no such thing as ranch, thousand island or, worse yet "Italian" salad dressing. In addition, unless specifically for cesar salad, grated Parmigiano is not used in salads.

A word on spaghetti

Italians above the age of 5 never cut their spaghetti. Years ago, and only in some families, the help of a spoon to roll the fork on was common. However, this is no longer the case – the spoon is definitely not a thing now. Italians are taught to twirl spaghetti on their fork before they are taught to read and write, so the skill is perfected early on. Hunger and practice make perfect.

If Italians have one pet peeve above all else, it's mispronouncing dish names or distorting classic recipes. There is no such thing as spaghetti alla bolognese (or bolognaise for that matter), this dish does not exist. What is the norm, and only in certain Italian regions, is tagliatelle al ragù, a recipe which differs from region to region and in some cases, from village to village. Bruschetta is pronounced with a “K”, not a “SH” sound, and the correct number of “R”s in burrata is two, or three.

Leaving a restaurant with a doggy bag is unthinkable in all social statuses, period. Italians are very uncomfortable leaving a restaurant with leftovers. This changes diametrically when attending a meal in a home setting. In that case it's perfectly normal for the host to offer – and for the guest to not reject – bringing home extra dessert or leftover roast.

The biggest, most important Italian eating precept? Food is not considered mere nutrition, it is above all else pleasure. Good company at the table fosters conversation and is the place where friendships are born.