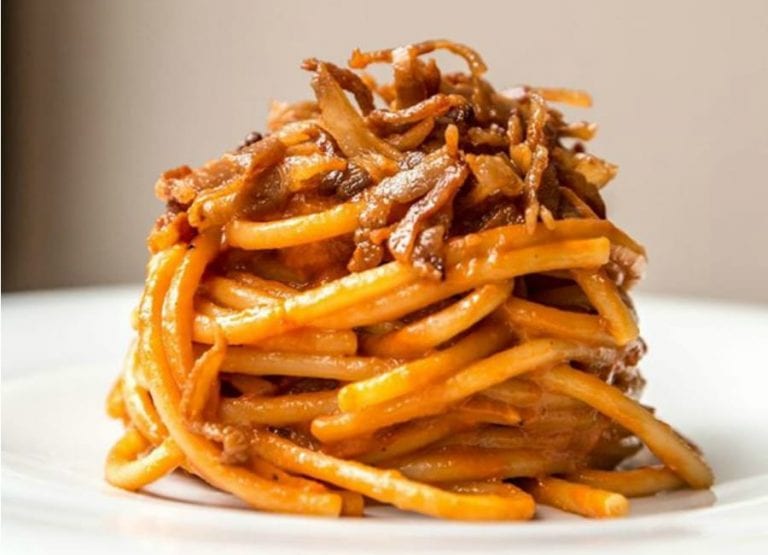 The food world is taking action in support of victims of Italy’s most recent earthquake. Many initiatives involve cooks, producers, restaurateurs and farmers. Participation is crucial for both immediate support in the state of emergency and subsequent reconstruction.

“How can we help?” This is the question we all posed ourselves at dawn the next morning after the catastrophic earthquake that shook central Italy August 24th. Fortunately fund raising efforts abound all over the country, in some cases these have been spontaneous. Here are a few which – due to grow in number – involve cooks, customers, farmers and producers wishing to chip in their help.

The fund raising and solidarity drive starts with a plate of amatriciana. After only a few hours of the dramatic event, hundreds of participating venues (the number grows by the hour) adhere to AMAtriciana, a fund raising idea launched by blogger Paolo Campana: for each plate of amatriciana sold, 2 Euros will be given as charity (one by the client, one by the restaurant) to the Italian Red Cross Croce Rossa Italiana (bank transfer code IBAN for donations is IT40F0623003204000030631681. Croce Rossa www.cri.it/terremoto-centro-italia). To join, find the posters in participating eateries and published on each restaurant’s social media channels, and on the initiative’s Facebook Page and on Google map

Equally invested in spontaneously providing support via the web is Slow Food, in the words of founding President Carlo Petrini who besides inviting followers to support local economy by purchasing produce and ingredients local and native to areas involved, hopes that the world can spread the history and values of solidarity and sharing through this symbolic dish so representative of this horrible tragedy. Amatriciana becomes thus a call to action in support of those who in the earthquake have lost everything. Slow Food is asking restaurant owners of the world to add amatriciana to their menus for at least a year. In order to not have the attention fizzle after the initial emotional moment. After the emergency is also reconstruction, and the need of raising funds for this is continuous. This initiative is called#unfuturoperamatriceand like for similar fundraising efforts, it involves a donation of 2 Euros for each ordered dish (one by the customer, one by the restaurant). The funds will be deposited directly to Amatrice city hall. Bank transfer code IBAN for donations for the Comune di Amatrice is: IT 28 M 08327 73470 000000006000 Reason: Un futuro per Amatrice Adesioniristoratori. A list of participating restaurants available is on www.slowfood.it. Pasqualino Rossi of elite pizzeria Rossi is on the same wavelength. His pizza amatriciana sold at 5 Euro will donate income to earthquake victim populations. This is just his idea, and many other pizza chefs are following his example with similar offers.

Confesercenti and Associazione Città del Vino associations are also launching the Un’Amatriciana per Amatrice charity: one day between September 12 and 18 participating restaurants will donate proceeds to a specially created fund destined for the reconstruction and in support of dining, commerce and hotels in the municipality of Amatrice, Accumoli, Arquata del Tronto e Pescara del Tronto (IBAN IT 23A 03127 03200 000000015000). The goal of the initiative is selling 100K dishes of amatriciana and is open to all wishing to participate, and not restricted to Italy. To join it’s necessary to register online at www.unamatricianaperamatrice.it to download posters and all other information relative to the procedure, currently only in Italian, but soon translated in English too. These are the initial steps of a hopefully journey long enough to reach all those affected by the quake. This will unfortunately not delete the more tragic consequences, but will provide aid to those who overnight lost everything and sees no immediate return to ordinary life complete with purchases, salaries, opportunities. The difficulties exist and are enormous. We need to roll up our sleeves and bring help and funds to victims and those still involved in the rescuing process. The need os for collective action and not dispersing energy and funds. There’s lots of work ahead.

Young up-and-coming chefs native of Calabria make themselves available for Amatrice: Sunday August 28 in Pizzo, near Vibo Valentia, cooks belonging to Cooking Soon did a live amatriciana cooking session that collected funds destined for the towns affected by the quake via the Italian Red Cross. The chefs who lent a hand through their cooking for the emergency and reconstruction are Luca Abbruzzino, Caterina Ceraudo, Emanuele Strigaro, Antonio Biafora, Gennaro Di Pace, Emanuele Lecce, Nino Rossi and Bruno Tassone. The price offer is liberal: patrons decide how much to donate for the meal.

Jump-start the engine of local economy and food and agriculture damaged by an earthquake? The region of Emilia-Romagna knows this well, counting on the solidarity and financial support received during a terrible earthquake a little over 4 years ago. Consorzio Parmigiano Reggiano communicated via its social channels that a hefty load of cheese is being sent to emergency kitchens set up in damaged areas. This goes hand in hand with the launch of 1€/kg per rinascere which operates like for the past Emilia earthquake: for every kilo of parmigiano reggiano purchased 1 Euro will be donated to help damaged cities. The list of participating dairy producers can be found on the consortium’s website. The Consortium furthermore promotes a charity account on which people can make donations: Banco Popolare San Geminiano e San Prospero n.111000 "CFPR SOLIDARIETA' CENTRO ITALIA", IBAN IT29-Q-05034-12803-000000111000.

Federazione Italiana Cuochi (Italian Cooks Association) has activated an Emergency Department DSE - Dipartimento di Solidarietà ed Emergenze, operative for other two dramatic quakes: the one in L'Aquila and the one in Emilia. The structured organization is presided by Roberto Rosati, and his Vice President Alessandro Circiello, and operates in critical situations. The project has already been endorsed by 200 chefs in 18 regions ready to take action in areas affected in a quick and organized manner. At the moment FIC is raising awareness by collecting basic necessities and) not necessarily food-related) products ready to be delivered to affected areas when permits to operate in the area get the green light. FIC will coordinate volunteer work regionally. The first dinner in Illica, near Accumoli, was organized the night following the quake, on 25 August. Other cooks and volunteers are still needed to assure a long-term presence in the areas affected.Cuore Amatricianois instead another restaurant fundraiser, which donates 5 Euro for each plate of amatriciana sold. The Rieti FIC delegation is distributing meals to citizens affected by the earthquake and will manage the incoming donation. To help, wire your donation via bank transfer to Associazione Provinciale Cuochi Rieti, IBAN code: IT73W0306914607100000000433.

Cooks who are already present in the area and wish to volunteer their help can contact FIC at cell number 3408288154, while for regional DSE coordinators, the number to call is 3496477481. Email: [email protected].

Cia-Agricoltori italiani (Italian Farmers’ Association) and its President Dino Scanavino announce their support to ease as much as possible the quick re-entry towards normality after the state of immediate emergency, as similarly done in Abruzzo and Emilia-Romagna. In this initial phase the immediate action is gathering materials and developing a more long-term operation. This means mobile offices to lend support to farms who need to re-establish working conditions as quickly as possible: services and hasty support for management and reconstruction of structures and buildings.

Chef Bruno Barbieri, for the seasonal opening of his restaurant Fourghetti, will donate the entire proceeds of his September 1 service, admitting this is only an initial small gesture.

Chef Antonello Colonna also jumps on the amatriciana bandwagon in the name of solidarity for the people affected by the August quake. In the desire to not forget Amatrice, a National Amatriciana day has been established. The invitation is to restaurant owners and chefs to add amatriciana to their menu and donating the proceeds to areas affected by this terrible disaster.

Journalist Marco Gemelli developed the idea of involving chefs, Tuscan and not, to join forces and organize a coordinated event. The theme is obvious: the pasta dish named after the city most affected by the quake. AmatricianaDay is the title of the charity fundraiser which should take place sometime mid-September on the Forte Belvedere panoramic terrace. Circa 300 available seats, and a base donation quota of 20 Euro. Details are still TBD, but whoever is interested in lending a hand, their talent (and resources, like wine producers or makers of other ingredients) or simply volunteering, should Email [email protected] 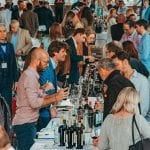