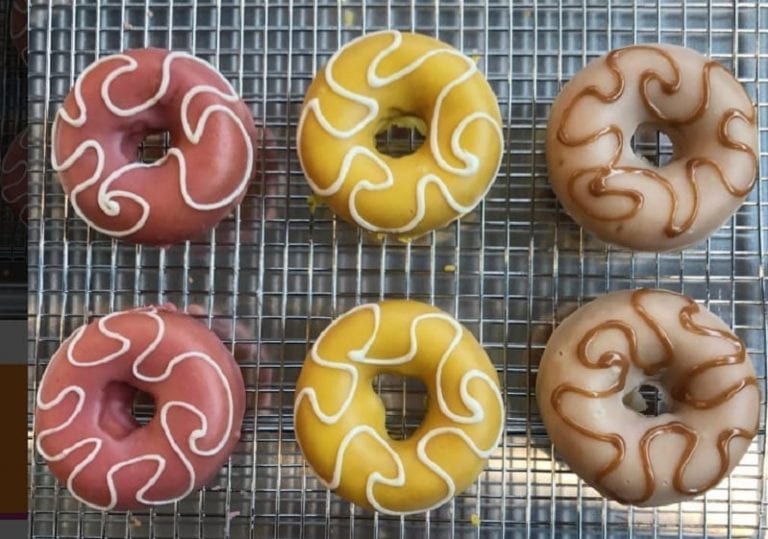 After the closing down of Wd-50 in 2014, the guru of US molecular cuisine is back in Manhattan with a brand new project: donuts.

The return of Dufresne

While all eyes are on Mark Ladner (ex Del Posto) and his pasta fast food in Greenwich Village with an informal and affordable offer, equally imminent on the New York dining scene is the return of Wylie Dufresne. The maestro of molecular cuisine has decided to tackle a product that’s quite distant from the gourmet allure that has made him famous. On April 26, his return to Manhattan is sealed with fried donuts sold at Du's Donuts and Coffee, a coffee shop specialized in plain and more creative doughnuts. Usually associated to trashy fast food and not too pretentious, the donuts sold at the Dufresne corner within the William Vale Hotel in Williamsburg is the product of deep study and laborious experiments conducted in the last few months in the kitchens at Nomad Bar of Daniel Humm together with Colin Kull, experienced pastry chef and bread maker. Known for his gastronomic extravagance, the chef’s dream has always been opening a donut shop unlike any other.

So, after the flash closing of the Clinton Street restaurant due to real estate issues in 2014 and the conclusion of the Alder parentheses the following year, Dufresne is postponing haute cuisine in order to devote himself to his unusual dream. Du's will serve 10 different donuts, both for takeout and for enjoying on the premises, seated at the counter while peeking through the glass to see the kitchen in action. In addition to classics – apple cinnamon, coffee, chocolate (in this case, spicy) there also be orange and passion fruit, or banana and granola, or the peanut butter and yuzu donut, or the sesame and pomegranate, or dehydrated strawberries and cream. Coffee blends hail from the nearby Brooklyn Roasting Company. Fans of Wylie Dufresne (and his previous cuisine) should stay tuned for the upcoming savoury breakfast offer. Lovers of this concept should check out Atla, the novel Mexican food project of Enrique Olvera, that’s due to become a “chain”. Equally interesting will be the lunch offer: egg and cheese sandwiches, plus other dishes designed with fellow chefs, wine, beer and cocktails specially devised for donut pairings. For the time being, though, the unforgettable eggs Benedict of Wd-50 remain a mirage.