“Dinner with your Muslim neighbor”. An ex-contestant in Masterchef USA has an idea 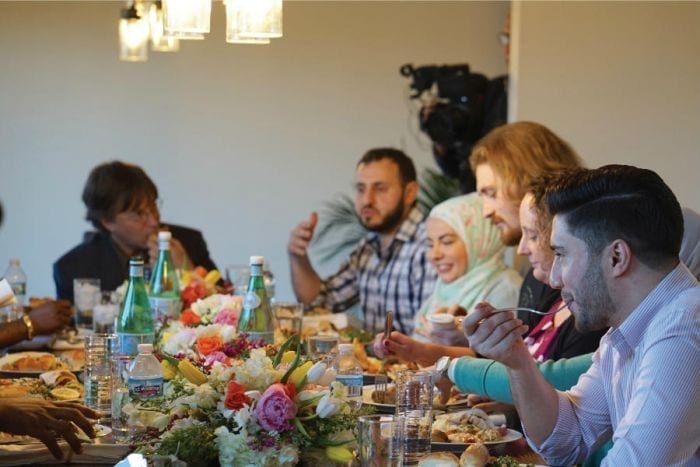 Amanda Saab, cook-blogger and ex-contestant in Masterchef USA, has decided to invite perfect strangers for a dinner in her city, Seattle.

The idea for the initiative, “Dinner with your Muslim neighbor” came from Amanda Saab, cook-blogger and ex-contestant in Masterchef USA. She currently lives and works in Seattle. Her objective is to invite perfect strangers to dinner and to show them, through food, the life, rules, beliefs and aspirations of “an ordinary American Muslim.”

“I had never suffered discrimination for my custom of wearing a hijab,” Saab told the Washington Post. “During Masterchef, many people wrote to congratulate me for participating. They were happy that a Muslim woman could be on TV, but there were many stereotypes that needed to be swept away”. So she decided to make her contribution, and organized her first dinner. At the table, besides Saab and her husband were two Jewish guests and two people who had participated in the memorial gathering after the attack on the Pulse nightclub in Orlando (which occurred on the night between June 11 and 12, 2016). “Our dinner took place during Passover, and I had to study the rules about food during a period that was important for my guests. So I went to shop in the stores near the homes of my guests, and I asked the Jewish shopkeepers the rules I should observe”.

We asked how the first dinner went. “It was a real success. We explained our dishes and how they were cooked. We told the stories connected to those foods, and by doing so, we clarified parts of our lives that were otherwise incomprehensible to others”. After the enthusiastic reviews from the first guests, subsequent dinners were a guaranteed success. Amanda and Hussain now organize one each week. It’s not clear whether this initiative will turn into work. “We thought of founding an association, drawing up a set of regulations so that anyone in the world, whatever faith they held, could create events of this kind. Food and the stories connected to it are a powerful instrument of cultural mediation. We just need to exploit this force intelligently”.