Coffee beverages for the summer: ideas for making them at home 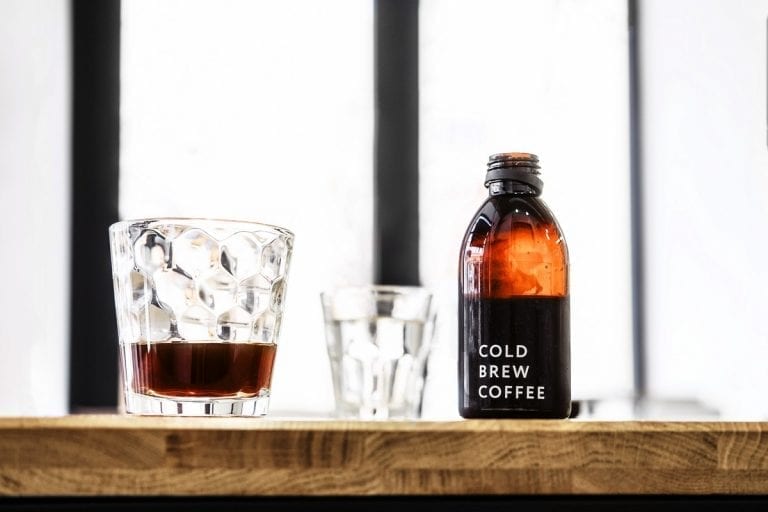 From classic Lecce-style coffee to Vietnamese cà phê đá: ideal recipes for enjoying coffee even on the hottest days.

The easiest, most immediate and popular way to sip a chilled coffee is to let the stovetop moka pot cool down and put everything in the refrigerator, but there are actually several (and better) ways to enjoy a good coffee beverage even in summer. Espresso has no season, but during the hottest days it can be very pleasant to sip a cool beverage without sacrificing the aromas and flavours of coffee, even better if on the beach. Here are the traditions of chilled coffee in Italy and worldwide.

Coffee beverages for the summer 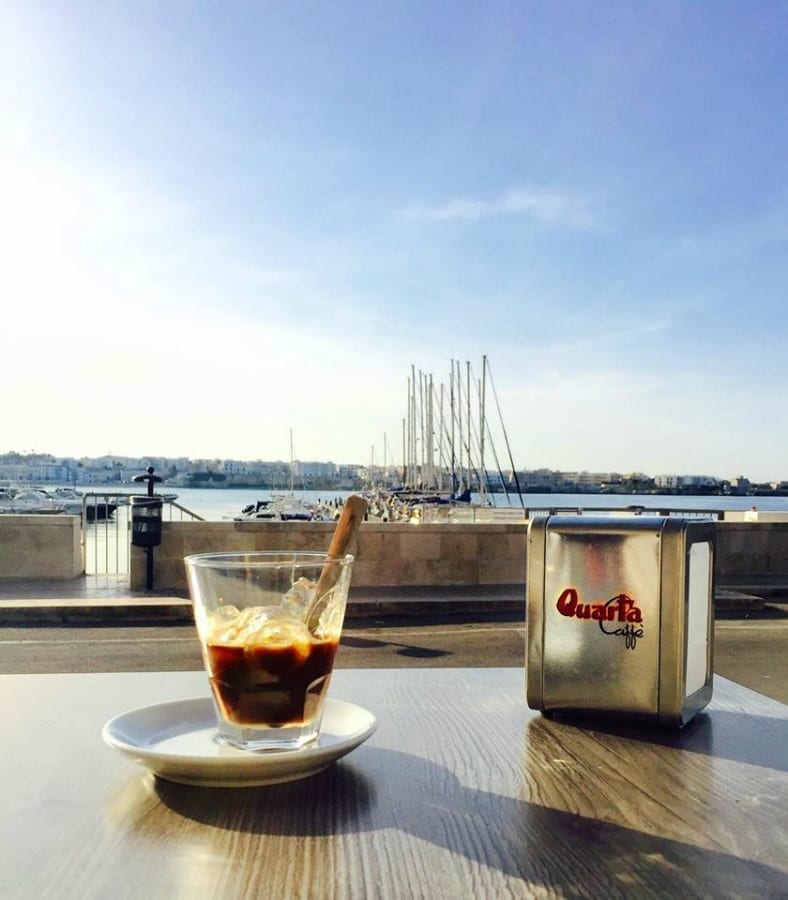 One of the symbols of Salento, which combines espresso, ice and almond milk, a must during days spent at the beach, was invented by Antonio Quarta more than 70 years ago. To trace the history of coffee and ice, we asked Edoardo Quarta of the well-known family of coffee roasters from Salento, who over time has also created his own line of research coffee, the Edo Quarta Specialty Coffee. His great-grandfather at the time was the only one to distribute ice in Lecce in a time when nobody had a refrigerator in the house, and so everyone went to his bar to pick up bags of ice. From this simple gesture, the idea was born to combine ice - broken with an ice pick, therefore in uneven fragments - with espresso coffee. Today cubes are used, but the recipe for the beverage is always the same, simple and delicious.

For filter coffee lovers looking for a summer variant, there's nothing better than cold brew, a long extraction system that requires at least 7/8 hours. The instrument used is rather scenic, called Toddy and consists of three parts: a glass top where cold water is poured, a central container for ground coffee and a carafe on the bottom to collect the final product. The coffee is passed through the water one drop at a time, for a percolation of about 8 drops every 10 seconds. The drops pass through the coffee powder, capture its characteristics, and drip down colourful and full of aromas. In addition to being an excellent alternative for the summer, this beverage also has very long shelf life, which allows to prepare large quantities at a time. In fact, a coffee brewed with the cold brew method can be kept for up to 2/3 days in the refrigerator.

Born in Manchuria, a region of north-eastern Asia, it was immediately appreciated for its properties, so much so that it soon travelled around the world. Among the oldest fermented drinks in human history (just like mead), kombucha seems to be back in vogue, and is now produced in different variations. Traditionally it is prepared with tea or other infusions, but there are also those who have tried (successfully) to make it starting from coffee: this is the case of Michele Valotti, chef of La Madia in Brione and creator, together with Cesare Rizzini, of Alimento in Brescia, a multifunctional space that combines pizzeria, bakery and gelateria, with great focus on the world of fermented products. With the team of Le Piantagioni del Caffè, he created a cold cold brew beverage, to drink with ice cubes or to use as a base for original cocktails. The beverage requires two fermentations: the first with the initial "mother," and the second in bottle with another cold brew and little sugar for the second fermentation. It keeps for about three months.

Despite the most consumed and widespread element is the seed, even the husk of the coffee bean can be used to create a product with a unique taste, halfway between a filter coffee and tea, an infusion obtained precisely from dried husks. It's called cascara (literally "shell", "peel" in Spanish) and, although it derives from the same plant, it has a taste and an aromatic profile that's very different from what we're accustomed to. Notes of hibiscus, rose petals, red fruits, mango, exotic and floral aromas are the nuances that are most often found in the beverage that's still little known in Italy. How do you prepare it? Just like a tea: you can then choose to infuse the skins simply with a filter immersed in hot water (between 90° and 100° C) or use a French Press, very popular tool among professional bartenders. And it can also be enjoyed cold, as an alternative summer drink. 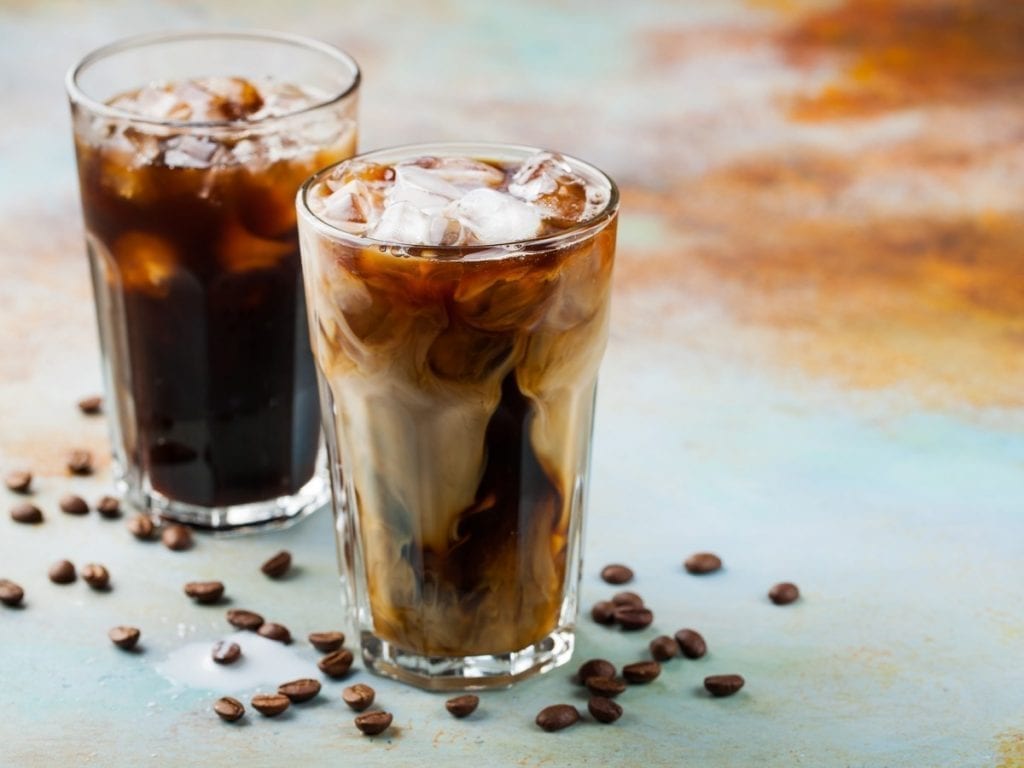 This is one of the earliest forms of chilled coffee in history, an ancient product that was already present in the second half of the 19th century in Vietnam, one of the largest coffee-producing countries in the world. The base is a dark roast, coarsely ground coffee, extracted with a French press. Also in this case, like with Leccese coffee, there's a sweet element, in this case condensed milk, with the addition of ice. From Vietnam this drink, as well as the coffee itself, began to spread increasingly starting from the early 20th century, up to South America, where it gave birth to other products, such as the Cafè helado.

A specialty that's still very popular during the summer season, cafè helado is a typical Chilean beverage, an irresistible tasty mix. Iced coffee made with espresso, coffee powder, chantilly cream, cinnamon, vanilla bean seeds, dulce de leche and chopped almonds or hazelnuts. Vanilla ice cream can also be added to this high calorie concoction. In short, a full-fledged dessert rather than a beverage, perfect for whoever won't give up dessert even on the hottest days. Of course, not all these elements are still used together, and in most Chilean bars there is the possibility to choose your favourite mix.

In Australia there is a more contemporary version of chilled coffee, which then sparked the trend of many popular sugary drinks in the New (and Brand New) Continent and beyond (think iconic Starbucks frappuccino, for example). It is a sort of unmixed milkshake, served with ice cream and whipped cream. The drink also often includes syrup, cream, cocoa powder and coffee beans. The current version is a much more commercial one, often sold packaged in supermarkets and even available in vending machines. Other similar variants are widespread in Germany, the United States, Canada. 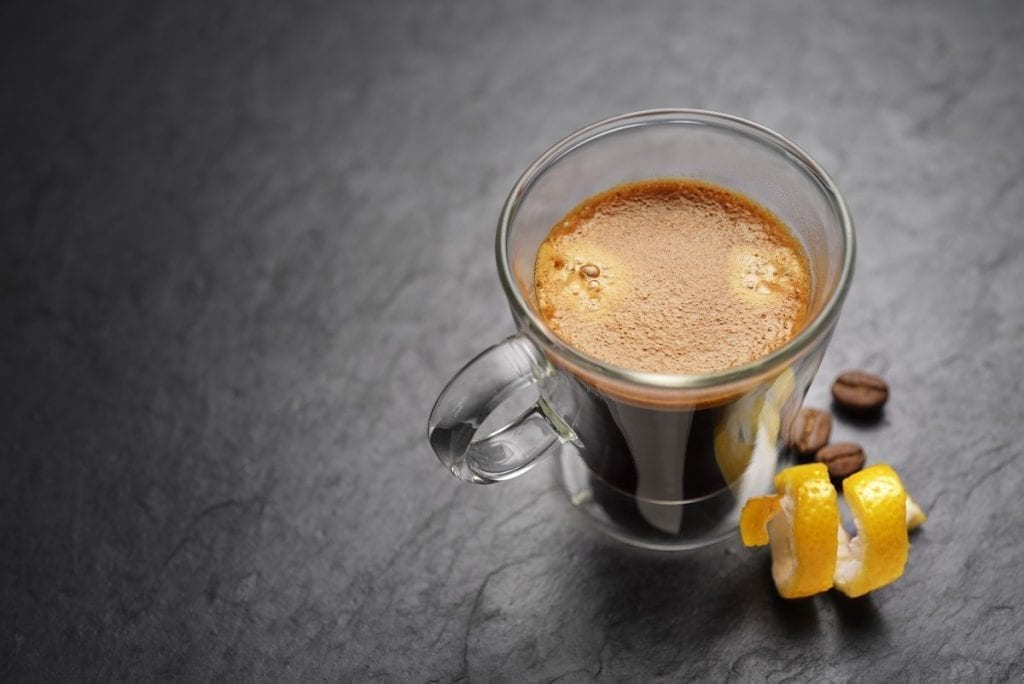 Present already in the 19th century, café del tiempo in Valencia is an institution, the summer non-alcoholic beverage par excellence. An espresso served with ice and flavoured with a slice of lemon or orange, now reinterpreted in many modern and creative variations. Legend has it that the people of Salento imported the custom of combining ice and coffee, starting from Otranto, from the Iberian Peninsula, but the story - told by the great-grandson of the inventor of Leccese coffee - speaks clearly and the roots are to be found only in Puglia.

Enough ice to fill the glass

Pull a short espresso, pour into a glass and add many ice cubes to the brim. Add the shot of almond milk and insert the steam wand into the glass. Operate it, letting out a little air just enough to get the "foamed" effect.

Coffee on ice with cream

Prepare 2 espresso coffees and add them in a mixer together with ice cubes. Once shaken, set aside the cream and prepare another espresso. In a glass cup, pour the cream, the shot of espresso, the almond milk and ice until full to the brim.