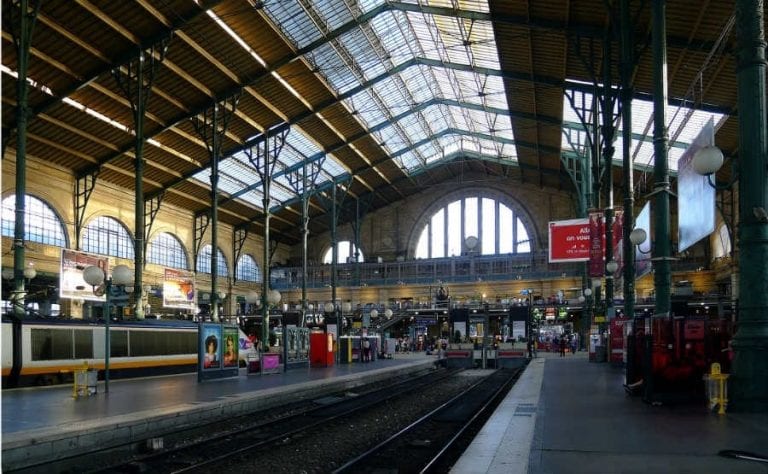 Railway stations have always had a certain allure. AT the crossroads of itineraries that connect cities and regions, stations have always had a special connection with local cuisine. The French rail company has devised a clever way to promote both: inviting the leading French food producers and transforming the railroad stations from sterile transit locations to spaces of sharing and full of life.

Part of this project are 19 stations, from October 14 to the 26 these will house a hundred or so local producers who will present their products through tastings, classes, teaching workshops and cooking shows. Restaurants and bistros already present in the various stations will design ad hoc menus. The sponsor of the 4th edition of Chefs de Gare is chef Thierry Marx, he is about to open a beer brewery within the Gare du Nord station.

Eight of the participating stations will host performances by France’s top chefs, who will offer visitors and in-transit passengers their culinary creations. The grand opening was Friday October 14th at Gare du Nord in Paris, the following day it was the Lille-Flandres station. Monday October 17 othe festival will take place in the Gare de Strasbourg, on October 18th the road show will land in the Dijon station. Wednesday October 19th food will star on the TGV high speed train in the Avignon station. Thursday October 20th the festival will move to Limoges, and hit Tours on October 21. Finally, on October 22 the conclusive road show will reach Paris, at Gare de Lyon.

According to SNCF this is not merely a publicity stunt, for the French railway service it’s clear that attracting food activity in a train station can only bring good things. Patrick Ropert, CEO of Gare & Connexions, the company that manages French rail stations, has explained: "A third of resources for new endeavors and new railway connections, which amounted to 180 million Euro in 2015, come from successful outside company investments in renovation". Validation comes from two names: Éric Fréchon, who transferred his restaurant to Paris Saint-Lazare, and Alain Ducasse, involved in the majestic overhaul that will give Gare Montparnasse a makeover in 2019. In this station, the chef could be opening yet another Paris restaurant.