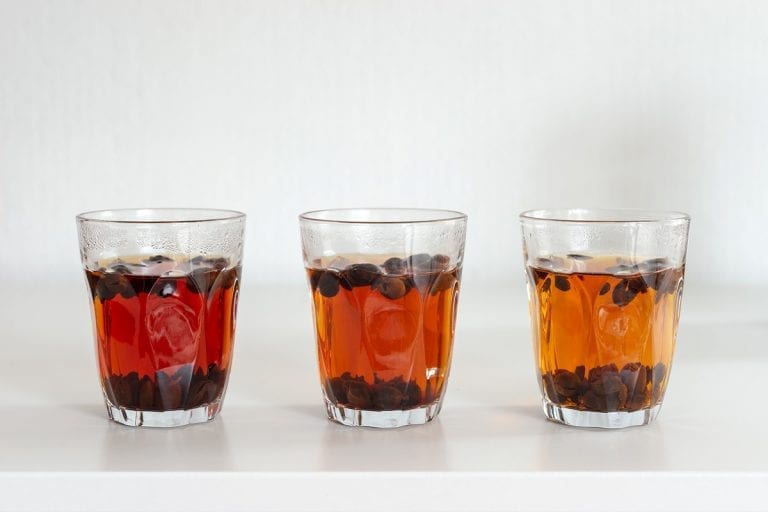 More or less sweet, with elegant floral and red fruit notes: introducing cascara, an infusion prepared starting from the dried husks of the coffee drupe, to be enjoyed hot or cold. All the details here.

Pericarp, mesocarp and endocarp. That is peel, pulp and then the seed wrapped in its pergamino: these are the three elements that make up the fruit of the coffee plant, the Coffea (subdivided into Coffea arabica and Coffea Canephora, more commonly called robusta). A red drupe that grows in Equatorial countries and of which, as in the best ancient traditions, nothing is discarded.

Despite the most consumed and widespread product is the seed, even the coffee skin can be used to make a product with unique taste, halfway between a filter coffee and tea, an infusion obtained from the dried husks. Enter cascara (literally "shell", "peel" in Spanish) and, although it derives from the same plant, the taste and aromatic profile are very different from that to which black gold has accustomed us. 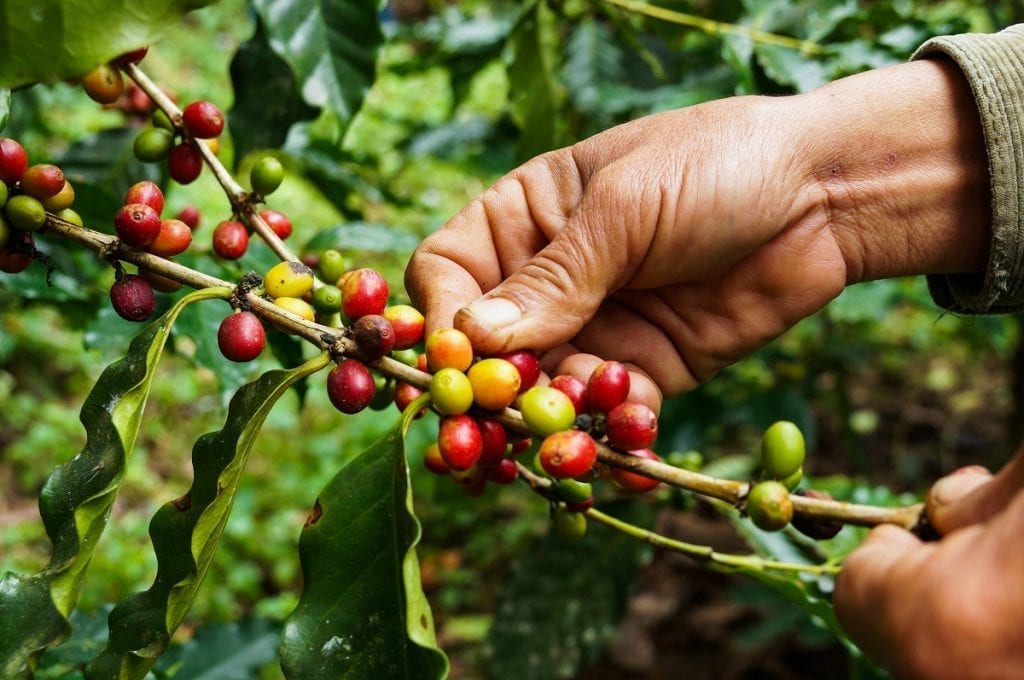 Notes of hibiscus, rose petals, red fruits, mango, exotic and floral aromas are the nuances that are most often found in this beverage that's still very little known in Italy. How is it prepared? Just like tea: you can therefore choose to infuse the skins simply with a filter immersed in hot water (between 90° and 100° C) or use a French Press, a very popular tool among professional baristas.

Similarly to tea and coffee, brew time, temperature and dose must be adjusted according to the type of cup obtained: more or less concentrated, more or less persistent, astringent, delicate or perfumed. Without forgetting the starting coffee: also in this case, the quality of the raw material influences the final result, as well as the variety and the processing system.

This is confirmed by Elisabetta Paviglianiti, professional bartender of Cofficina Ticinese 58 in Milan, a high-level café that from the very beginning wanted to focus on this product, offering it for tastings but also for resale. "The origin of coffee has importance even when it comes to the skin. We recently made an order from Panama, which gave us a very sweet product, and then a Geisha quality - one of the most valuable, always from Panama - even sweeter and with a wider and more intense aromatic profile". 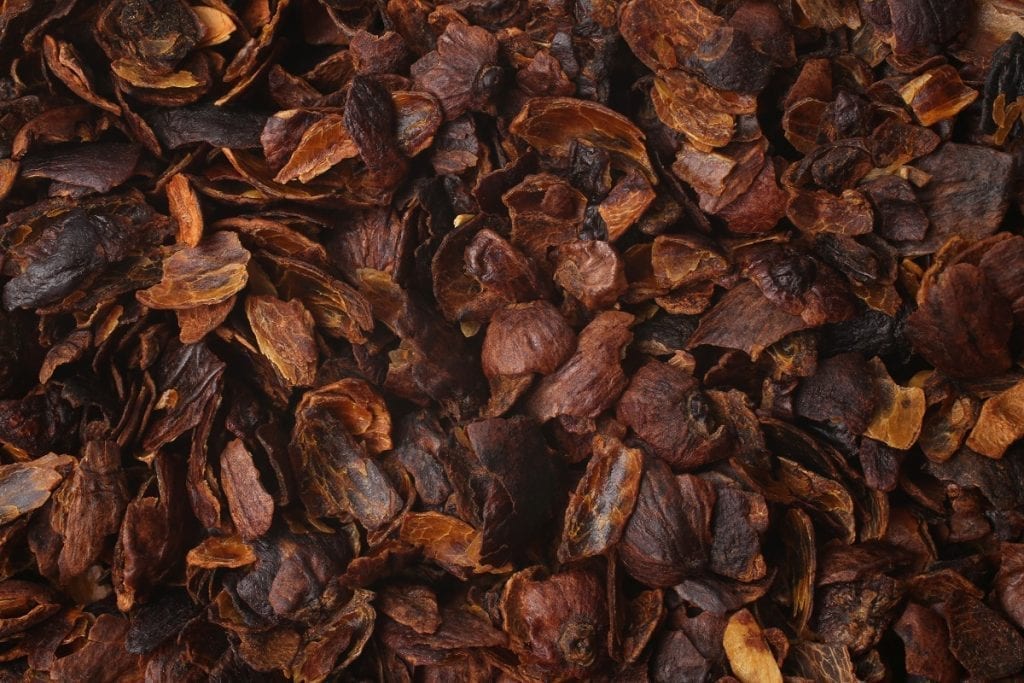 Determining taste is not only origin: "Much also depends on methods used in the plantation". Natural or washed: these are the two types of separation of the pulp from the seeds. In the first case, the coffee fruit is left to dry naturally in the sun, then divided into its two components, pulp and peel, until the bean is clean. In the second method, the drupe is stripped with machinery able to extrapolate the grain from the pergamino, the membrane surrounding it. This is then submerged in water tanks for about three days, during which it undergoes fermentation. It is then washed and dried.

"The cascara prepared with dried natural coffee fruit skins is much sweeter, while the washed one has more acidic notes reminiscent of plum and red fruit". Whether it's the sweetness or acidity to prevail, the infusion is very popular with customers, “it is enjoyed both in the cold –exquisite – and hot version. Almost no one knows about it, but once tried, drinkers all fall in love with cascara". Cofficina's team lets the skins infuse for about 3/4 minutes at 98° C in the case of hot tea, "while for the cold variant we make a simple infusion with water and ice".

The best tastings, as always, are those made in the countries of origin, at the plantation plantation, with growers and enthusiasts who have always consumed the product. "Every origin has its own character: of course, we are talking about dried skins, so these are subtle differences, but the taste changes slightly from area to area". The price is lower than that of the beans, but not by much: "Everything depends on quality. For specialty coffees, however, you pay more, about 4/5 euros per kilo ".

One would tend to think that, being an infusion of skins, the caffeine content would be lower than that of common filter coffee. There are several schools of thought in this regard, and the most accredited theory among industry experts is approximately 100 mg of caffeine per litre, more or less four times lower than classic coffee. In 2013, the British coffee shop Square Mile Coffee shared on its blog the results of  a survey carried by German laboratory CR3, the same processing their decaffeinated coffee: even during the longest and most complex infusions, the caffeine content never exceeds the maximum amount of 111.4 mg per litre (very little compared to filter coffee, which goes from 400 to 800 mg per litre). 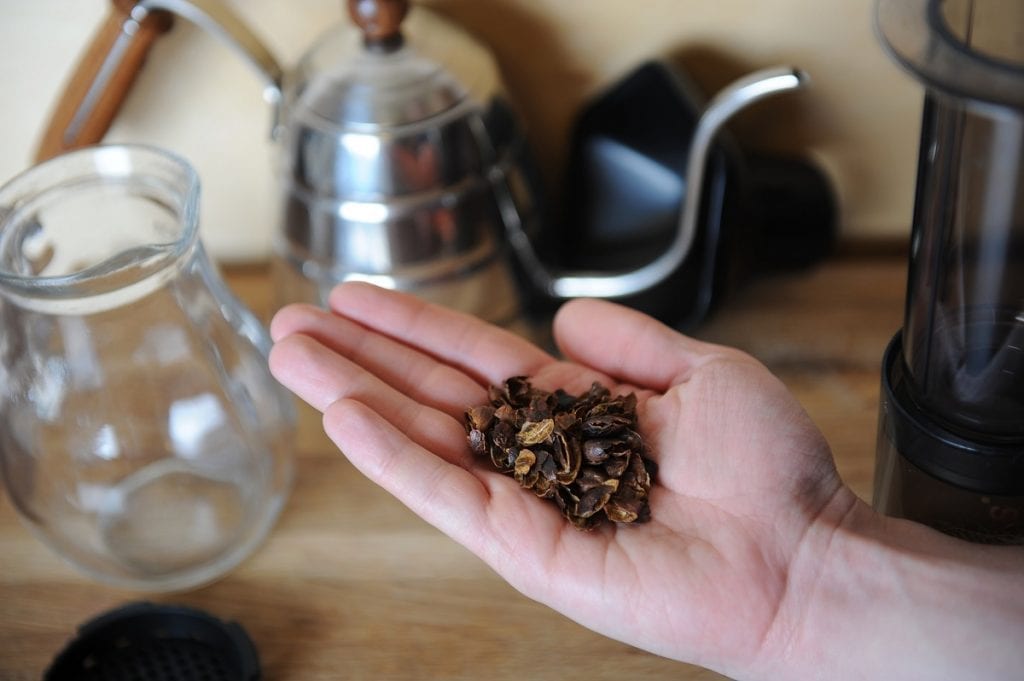 The legends of the lands of origin

Yet farmers continue to argue the opposite: "On the plantation I was told that it has almost twice as much. I don't know if this is a legend or a scientifically proven fact, but this is what is said by most of the farmers of the countries of origin".

Cascara in Italy and the world

Currently, not many Italian coffee bars offer cascara, while in the rest of Europe and the world, where the trend of specialty coffee shops and the culture of quality coffee has already been established for some time, it's been successful since 2010. Common beverage on the plantation, in view of recycling and reuse ("the skins are also used to fertilize"), a tribute to a precious plant that, for entire populations, represents the most flourishing of economic resources. There is someone who also prepares it in Italy, however. Gradually conquering the public, which finds in this coffee and tea hybrid the just compromise between acidity and sweetness. Seeing is believing. 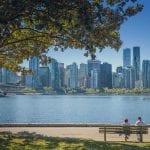