Bonci lands in Chicago: here are the newest projects of the Michelangelo of pizza 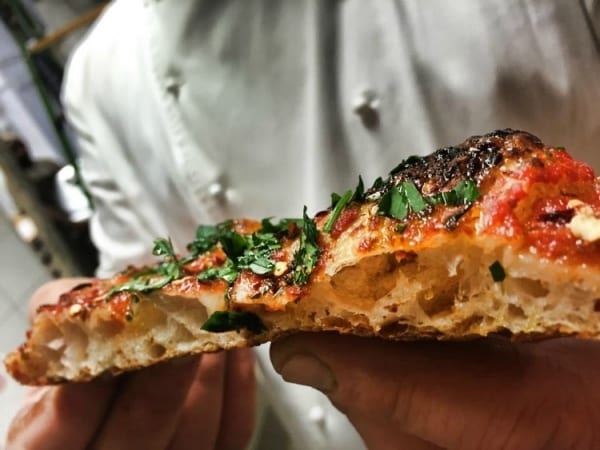 Pizza guru Gabriele Bonci – the man in charge of revolutionizing the concept of pizza sold by weight in Rome, innovative baker, after the Carrefour Market chain of grocery stores – launches a brand new endeavour abroad, opening a shop in Chicago. For starters…

Always earning the highest recognition in our Pizzerie d'Italia guide, and a pizza magnet for locals since the onset, Gabriele Bonci is Rome’s most renowned and loved baker. His innovative approach towards pizza al taglio and his philosophy have been both trend setting and inspirational for dozens of pros, entrepreneurs and aspiring pizza bakers. Despite his success, Gabriele continues to gamble, experiment, test his limits and reboot. Think of the project in partnership with Pamela (Pam) Yung and José Ramírez-Ruiz of Semilla in New York last June, two full days of co-prepared pies. Next came the Carrefour Market in Rome on Via Fracassini, a project that allowed Bonci’s prime quality oven products to hit the larger distribution chain. Now Gabriele is ready to export his concept of pizza, and in general his approach towards food, overseas. The idea had been in the air, but it will become reality in June 2017 in the US, a place that’s always been dear to Bonci. And the feeling is mutual. What better city than Chicago to start a new enterprise? The Illinois city is in full food throttle thanks to the surge in various high-end restaurants and multi-faceted bistros and value eateries for all pockets. Chicago is furthermore strongly tied to pizza: “The local specialty is deep-dish pizza”, Bonci notes, “a great concept”. From now on Chicago will have a new addition to its gastronomic city richness, with not just any pizza al taglio.

The export will in fact not just include the Roman-style pizza model à la Bonci, but also his entire philosophy at the core of his mission. “I’m hoping that my business beliefs become a marketing trend, a mission and ultimately reflect my vision”. Sharing Bonci’s vision are the newly launched US company partners Rick Tasman and Chakib Touhami. Both in the dining business, the two partners met years ago in the marketing department of Flip Burger Boutique, where Chakib was CEO. Before that Rick – current President of Bonci USA – was CEO at P.F. Chang's. The two industry pros have a clear vision and immediately saw the potential of Bonci and the shared culinary concepts. “We had heard so much about Bonci in Italy and in the US, and so the project was born”, The Bonci brand company holds rights for openings in the US, Europe and Asia. It is instead at Gabriele’s sole discretion – as holder of an important stock quota – for any decision regarding new openings in Italy.

What is the main objective of this venture? “Bringing Bonci and his philosophy in the US and then further around the world”, reply the two partners. “This is a crucial element for the business: we’re not the ones choosing, we’re simply facilitating his entry in the US. But he’s the one approving everything and deciding all”. What are the characteristics of this new opening? “We want to offer a new and authentic location, always showcasing the principles at the core of Gabriele’s work”. The formula will be similar to the Pizzarium model on Via della Meloria, but not identical. All the Bonci venues own the same quality standards, same core values, but each possess their own soul and personality. 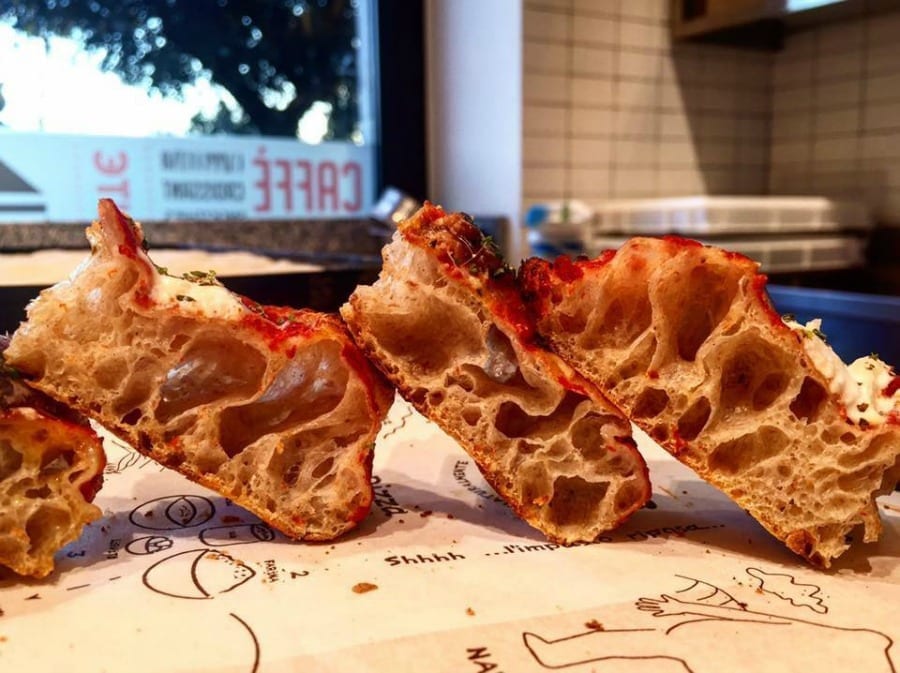 Same goes for Chicago, precisely on Sangamon Street in the southern Auburn Gresham district, “a very young area, frequented by students and full of interesting places”. In the shop an all-American team will be in charge of preparing the Bonci-style pizzas, with (mostly) local products: “I’m still having trouble sourcing some ingredients like mozzarella, but for everything else – produce above all – I have found fantastic suppliers”. When Bonci talks about suppliers, he means small local producers working under the organic farming regimen. All the sales points are connected by a coherent, natural unity: “No compromises. Quality comes first, and products are healthy and wholesome”, adds Nick, adding: “Gabriele has tasted every single ingredient we suggested. Purchases and deals have to have his final approval”. Among Italian exports are the flours, the Piedmont’s Mulino Marino, “in time we will also experiment with local grains”. Training the local staff is a group of Italian employees who have worked in the Rome stores, and Gabriele himself. He’ll be in Chicago before the opening.

The new Bonci (name TBD) will cover a 130 square yard surface, in a space that will include some seating on stools, “for the most part I prefer the formula to be the standing classic”. The decor will be minimalistic and with net volumes “the same look of Mercato Centrale”. The colour palette will be the signature Bonci white and chestnut. “The focal point of the Chicago pizzeria will be the amount of light”, Rick adds, “it will flood the pizza – the sole protagonist of the venue – in the best possible way”.

At the moment, the Chicago opening is completely absorbing the partners of the Bonci USA brand, but there’s plans already to open new spaces: “We surely want to open a second pizzeria in Chicago, even though we still don’t know where exactly; plus Washington DC, Boston, New York City, Philadelphia. We’re interested in expanding to cities where the food scene is buzzing with activity, cities where the public is open and eager for a similar dining format”. How about Europe? “London is surely an interesting area, as well as Norway. We have rights in Asia, with Japan being the first place”. But for now, we’ll just have to be patient and wait for June and the grand opening in Chicago, wishing the pizza entrepreneur the best in what we know will be the first steps of a worldwide journey.