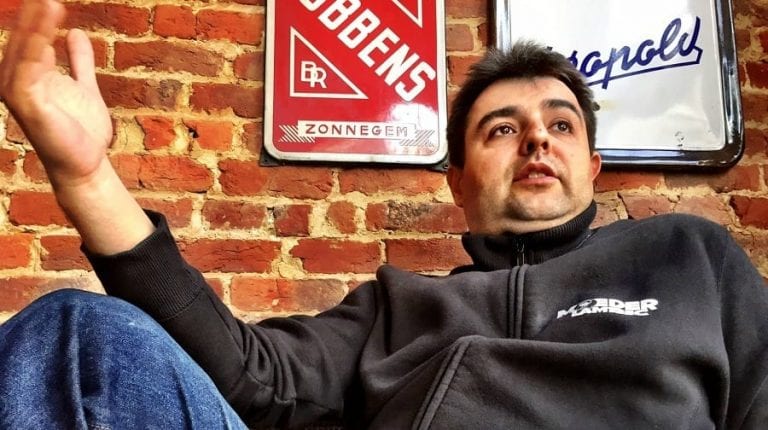 “Now is simply the time to stand and say no, time to stand up and fight”. There is no margin of mediation whatsoever in the vision of Jean Hummler. Originally from Alsace (hence French), Hummler started as an employee at acclaimed beer pub Moeder Lambic in Brussels. Exactly ten years ago, with the help of a partner, he managed to buy it and run it according to his own philosophy: indestructible, untarnished and radical. Bound by a deep connection to nature, producers, the necessary time, and environment. These are the same ingredients needed to make good lambic beer, the protagonist beer pulled at his two bars. “I definitely don’t sell Coca Cola in my bars, nor Looza fruit juices. All cheeses are made with raw milk and bread is leavened with only natural sourdough starters”: the configuration is similar to the early age of Slow Food, it shouldn't surprise since Hummler was one of the first ambassadors of Carlin Petrini’s ideology in the Belgian capital.

That’s why his reaction to the news of the year – and not only in Italy – is unambiguous, to say the least. In the world of craft beer, the acquisition of 100% shares of Birra del Borgo (voices say for an estimated 10 to 35 million Euro) by the industrial giant AB Inbev triggered loud tones: “stand up and fight” exactly. “It might take 30 or 40 years, but this battle needs to be won, and the big conglomerates are going to lose. I’m sure of it”, he tells us ushering us out of his bar located across the street from the St. Gilles city hall, where we interviewed him as world-known craft beer guru and influencer in the Italian quality beer world.

The large industry and the artisans

The reaction, as we mentioned, is unambiguous. It is unthinkable according to Hummler for large industrial conglomerates to in some way preserve the quality and truly maintain the genuine autonomy of small, artisanal manufacturers. Slowly these are enjoying increased popularity, initially only in North America, but now strongly in Europe too. “I know how they do it. I saw it with my own two eyes, every time there was an acquisition in Belgium: the production got transferred, people got laid off, the quality plummeted. The same will happen for Birra del Borgo: production will most probably not remain in Borgorose, it will in all likelihood be moved to Leuven in Belgium or most likely in the Ukraine, where everything costs less. For cases like this, cases in which we’re talking billions of gallons of beer, even one cent saved on every litre is crucial. Do you know the value of a cent gained or lost in the production of a beer for an artisan brewer? Nothing! The important thing is quality”. It’s useless to point out at Hummler how this reasoning can be categorized as ideologic and preconceptual: ideology in this case lays its claim. “Of course it’s ideology. Ideology is the only weapon we have in a situation like this. This is how we confront producers that gross in one hour what we gross in a year, these people can purchase the sentiment of people and buy into the press”. According to the beer luminary, then, the two games are totally different: “our job is making good beer, the job of the big industries is making money. These are two very distinct professions that have nothing to do with one another other”. 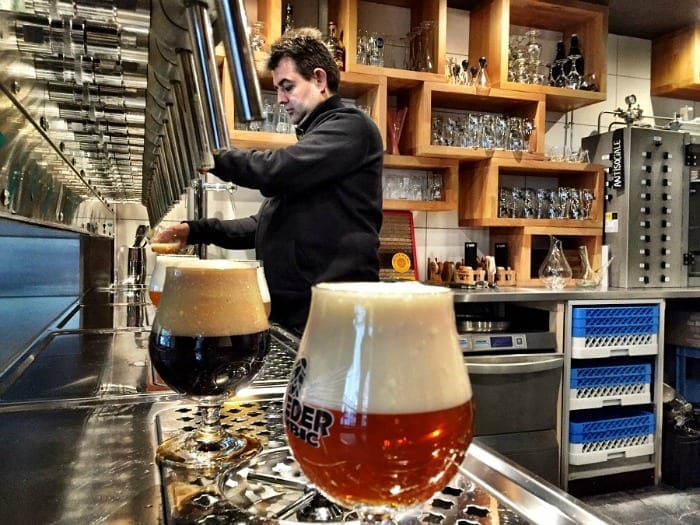 The Resistance of the small producers vs large multinationals

The sensation is that of speaking with a kind of partisan freedom fighter engaged in the Resistance movement. Jean is doing exactly that, and it started the moment he learned of the deal that brought the Rieti brewery of Leonardo Di Vincenzo under the insignia of the largest beer multinational in the world. Calls between friends, exclusions, actions done out of spite, folks who no longer speak to each other, according to Hummler, “this is only the beginning”. There are two more craft breweries suspected as responsible of what many consider the betrayal of the out and out purists. Hummler will not share any names, but it’s easy to predict who these could be: not Baladin, which is already part of a structured quasi-industrial mechanism. Not Lambrate, which possesses strong bonds with its native environment and a genuine approach, in pure Moeder Lambic-style. So who's left? Rumors all point at the moves made by Toccalmatto in Fidenza and Birrificio del Ducato in Soragna, both in the Parma province. Let’s wait to see if the Birra del Borgo / AB InBev episode will remain isolated, or will become the first of a snowball effect that could change the face of Italian craft beer. After all, as Hummler himself says, Italy is considered worldwide as the most vivacious market at the moment, and therefore it’s normal that multinationals, after gorging on microbreweries in the US, should land in the Bel Paese. “They were losing market shares year after year and in some States they had gone from 100% to 50%, with craft beer gnawing at half the market shares from the large corporations thanks to what’s known as the Craft Beer Revolution”.

It won’t be easy for them, that’s for sure. The Resistance is gaining momentum, in fact. “What will happen if all important bars will stop selling Birra del Borgo? What will they do should the sales plummet? Will they approach supermarkets and large scale distribution? By doing that, they’d admit to changing the the face of the brand”. The reaction hence looks a lot like an intellectual boycott: the only possible way, according to Hummler with regard to corporations who will keep doing what they’ve always done – buying small producers, taking them off the market, exploiting the brand and thus flattening the yield. This may include interrupting production and behaving like a corporation, period. Reactions are immediate: Birra del Borgo was instantly excluded from Quintessence, for example, the festival held annually in Brussels and that showcases two breweries each year. In early May it was due to feature Masia Angullons and the Borgorose label. Early Saturday morning, after 12 hours from the bomb dropping in Italy, Jean Van Roy, friend of Hummler and owner of Brasserie Cantillon who organizes the festival, published a fiery post on social media (read it here): “Leonardo di Vincenzo is a friend before being a great beer brewer, but we can’t let the fox inside the coop”. 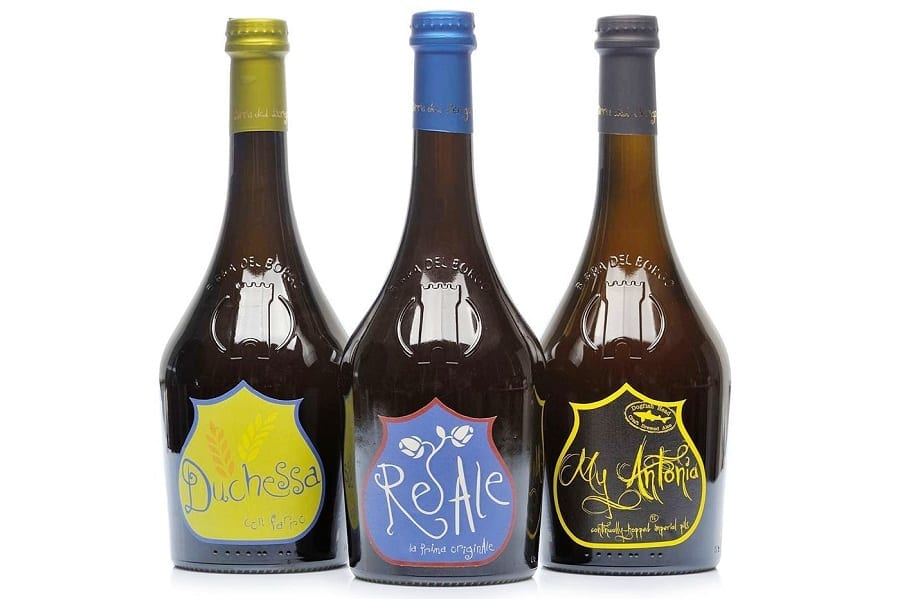 Can the artisanal coexist with the industrial?

This will be the first of many exclusions and boycotts, amply foreseen by Leonardo di Vincenzo, as reported in the heated live stream Q&A on Birra del Borgo’s Facebook page. Most of beer-conscious Europe believes that di Vincenzo’s creature – born to make genius beers – has been transformed into a money-making machine. His duty now is to convince the public eye of the reasons behind this “adventure” – all considerations of money and economic security that even an artisan brewer deserves, aside. Behind all this and other businesses, is an underlying question which will gain force over the years (think Grom, acquired by Unilever at the end of 2015): can the powerful entry of large scale corporations maintain quality productions intact without distorting artisanal procedures, to the contrary, fortifying them in their prerogative? Or, in the total lucidity of Jean Hummler, is there no hope that this can happen, responding with a fight before even trying to understand the motivations?