Bialetti risks bankruptcy. Is the Italian brand truly at risk? 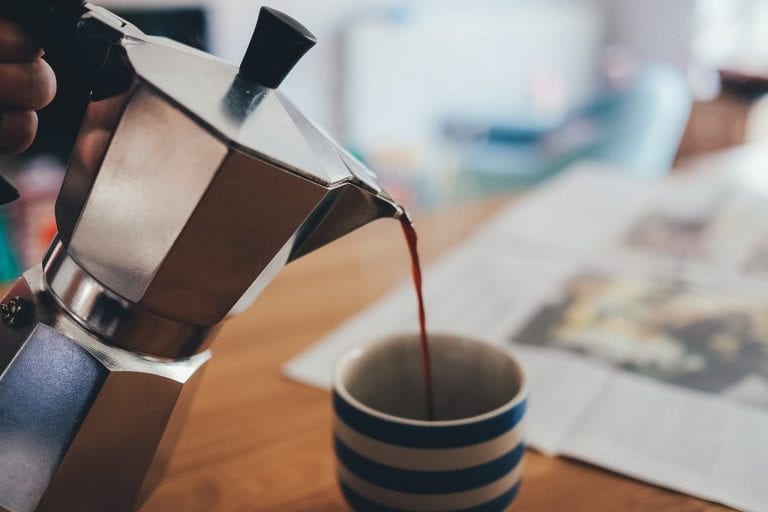 The Italian brand of coffee makers has for years been faced with major economic problems. The request for restructuring of the corporate debt by the Och-Ziff Capital fund will be assessed by the Court of Brescia on November 14th. Meanwhile, we tried to understand more of what's going on.

The world's best known little man with a mustache present only on the authentic moka pots, patented in 1933 in Omegna by Alfonso Bialetti, is a logo that has remained unchanged over the years, popular at the time of the Carosello TV adverts. The current company does not need much introducing: officially born in '98 from the merger of Rondine Italia, producer of pots, and Alfonso Bialetti & C., Bialetti has experienced over time an unstoppable international growth, hitting a series of goals through investments and acquisitions. First the Girmi brand, a small household appliance company; then Turkish CEM, specialized in cooking tools, and again Aeternum, a steel pot production brand. Bialetti entered the Stock Exchange in 2007, with a 74% share of the coffee maker market.

A success, however, that did not last long. In 2015 the first economic difficulties began: the Group abandoned the Girmi brand, selling it to Trevidea, as a result of bank debts. The reason? To create a series of outlets, initially present only in shopping centers and then also in city high streets, in addition to the creation of coffee capsules, a phenomenon that in Italy at that time was spreading like wildfire. The project, however, was not successful. Sales continued to plunge, recording a financial debt of 78.2 million euros in 2017, compared to a net equity of 8.8 million and a loss of 5 million compared to a profit of 2.7 million in 2016..

Meanwhile, the debt agreement expires, the stock is registers downwards, and the Group is facing a loss of about 80% since 2007. Today there's talk of risk of bankruptcy and an uncertain future, so much that the company is "unable to express an opinion on the consolidated half-year financial statements as at 30 June 2018", as stated by Bialetti's audit firm on 26 October. Elements of uncertainty "already indicated in the report of the financial statements prepared by the board of directors, which may lead to the emergence of doubts about the company's business continuity".

€15.3 million lost in the first semester, a decrease of 12.1% in consolidated revenues, due to the disappointing figure of €67.3 million in total turnover. This is the picture reported by the Group, an outcome mainly due to the "contraction in consumption registered on the domestic and foreign market", as well as to the situation of financial tension, "which led to delays in the procurement, production and deliveries of products destined for the sale both in the retail channel and in the traditional channel, leaving significant amounts of purchase orders unanswered in the latter channel”.

It will be the court of Brescia to comment on the debt restructuring agreement presented by the Group on 11 October, following the announcement of the agreement with the fund Och-Ziff Capital, which will invest 40 million euros obtaining 25% of the capital. News that has been repeated several times by the Italian and international press, a cry of alarm that caused a sensation and aroused the attention of all the most loyal consumers. And yet, that of Bialetti is a typical Italian story, a story already known that repeats itself over time. A symbol of Italy, synonymous with excellence, design, refined aesthetics and high quality, a brand that should represent the best of Italian craftsmanship and technology abroad which, more or less quickly, begins to lose credibility and to be forgotten. "Bialetti should be the Italian coffee Rolls-Royce. The emblem of the taste and style of our country", comments Lucio Del Piccolo, expert, passionate and collector of home coffee makers, with whom we will soon return to discuss for a deeper understanding of the correct use of the moka. "Unfortunately, the investment in the stores has not paid off. Above all, the dedication to the shops has shifted the focus from what should be the strong point of the company: the moka pot".

The future of Bialetti

A misstep inthe home coffee makers sector which is already in trouble, "no brand enjoys great successes, but there are brands that have continued over time to invest a lot on the actual coffee pots, so as to have much more competitive prices than those of Bialetti today". This is not a purely economic error, but a real mistake in terms of commercial strategy: "There should have been a greater focus on the actual coffee pots, above all a constant investment in quality". The company's future? Just think of the example of similar anecdotes in the past: "What happened to Bugatti could happen again", the car company founded in 1909 by Ettore Bugatti, then acquired by Artioli in 1987 and finally filed for bankruptcy in '95, was then purchased at an auction by the German Dauer Racing GmbH. With the final acquisition of rights by Volkswagen, group that has re-launched the image and (re)branded the car's fame in the world. "If it can't manage, Bialetti will give up the brand, which will most likely be re-evaluated and brought back to light by another group".