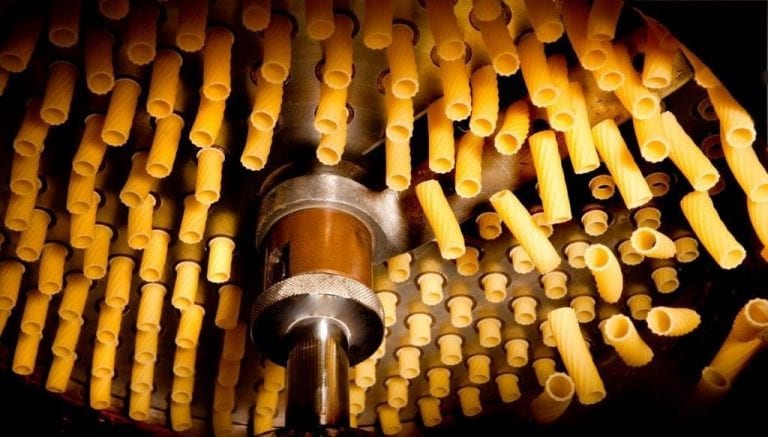 It all started over a century ago in a small family-run shop that sold artisan bread and pasta in Parma, the year was 1877. Sowing the seeds of the family business is Pietro Barilla, within a few years the brand becomes one of the leading pasta makers in Italy and the rest of the world. The Barilla brand turns 140 years.

“He was a warrior, a sensible and capable man, a resourceful and ingenious person. But first of all, a generous parent”. The words spoken belong to Luca Barilla, one of the three brothers currently at the helm of the Italian pasta giant. The description that however still fits the soul of the business is his father, Pietro Barilla, who in 1947 held the reigns of the brand and who along with his brother Gianni, contributed significantly to the growth of the Barilla brand in Italy and abroad. The adventure however started 140 years ago with another Pietro, Luca’s great-grandfather. In 1877 that Pietro opened his first pasta and bread retail shop in the heart of Parma. This is the beginning of the story of a family that exported pasta all over the world: a small shop passed on to Gualtiero and Riccardo Barilla in 1912. The mostly-male led company has a woman in a pivotal role, Riccardo’s wife Virginia, “strong and self-assured, she believed in the company and in product quality. She was the one that pushed Grandpa Riccardo to start the very expansion that still characterises our business”.

Barilla amid historical and social crisis

The turning point happens at the end of the Forties, with the succession to brothers Gianni e Pietro, two kids raised in wheat fields and pasta boxes. They are the ones facing the 1952 crisis, a reflection of post-world war yield dips. At the time the brand had however already spread all over Parma and in Emilia in general, with a fine reputation. This fame allowed the business to continue moving ahead in such hard times. The years between '52 and '67 are an era of development: the two brothers make a notable investment which gives life to the Pedrignano plant, which to this day is still the largest pasta manufacturing plant in the world. Barilla pasta starts then reaching other areas of Italy, effectively becoming the symbol of Italian family meals. Historical difficulties are however not over yet: the student and worker turmoil of '69 has a determining impact on sales. Two years later Gianni is forced to sell the business to an American corporation. “My uncle and my father were very different from each other, Gianni was more accommodating, while my father was more obstinate and motivated”. It was precisely Pietro’s passion for pasta and his respect for tradition that allowed him to take back control of the family business.

Pietro Barilla: “Everything is ready for the future, move ahead with courage”

“In '76 my father decided to buy it back, but in order to do so he had to also buy my uncle’s 50% share, who wasn’t in the least ready to go back on his decision”. At that time Pietro owned two houses, his family home and a vacation house in the mountains. “He “gambled” both homes, telling the American corporation that in case he failed in taking back the business and bringing it back to fame in Italy, he would have ceded them both properties”. Nobody supported the idea, his friends, colleagues and least of all the family. Everyone opposed the decision, save for his three kids, Luca, Paolo and Guido, who went with their father to sign the agreement papers: “I was 19 years old,  I wasn’t completely aware of what was happening but I knew how much pasta mattered to my father and for this reason I stood by him”. Pietro’s ventured decision turned out to be the right one. The Barilla brand was back in its owner’s hands, and he continued to work hard until the very end, “he always came to the office every day for a few hours, he was part of every decision and he still is”. In 1983 Pietro passes, “a loss we were not prepared for”, the three siblings as current owners find themselves at the helm of a consolidated company. “My dad has left us a compact inheritance which we had to continue developing”. Hence the famous sentence, “Everything is ready for the future, move ahead with courage”.

“Give people the food you’d feed to your kids”

Pietro’s presence is still palpable in every project, every business decision: “My brothers and I always ask ourselves what our father would have done, and we immediately know what to do”. Three very different personalities, but great teamwork and one great mission that remains unchanged, that is giving people “the food you’d feed to your kids”. For this reason, the famous spaghetti known as Number 5, which is the leading Barilla brand product, is still made in the same way, “naturally technique and know-how have changed, but the ingredients and the prep work are practically identical”, adds Paolo. Very few ingredients, water and semolina flour. Of the 300K tonnes of pasta produced yearly, only 1% is certified organic. The product is on the market since not very long ago, but those responsible intend to clarify that the difference of this product with others in the conventional line is minimal, if inexistent: “We had the non-organic pasta tested and there were no traces of chemicals at all”.

Good for you, good for the palnet

The Barilla slogan hasn’t changed in years, “Good for you, good for the planet”, and is reflected in the entire gamut of Barilla products, from pastas to sauces – made in the same Rubbiano plant – not to mention the baked goods of the Mulino Bianco line, which include cookies, snacks and sandwich bread. 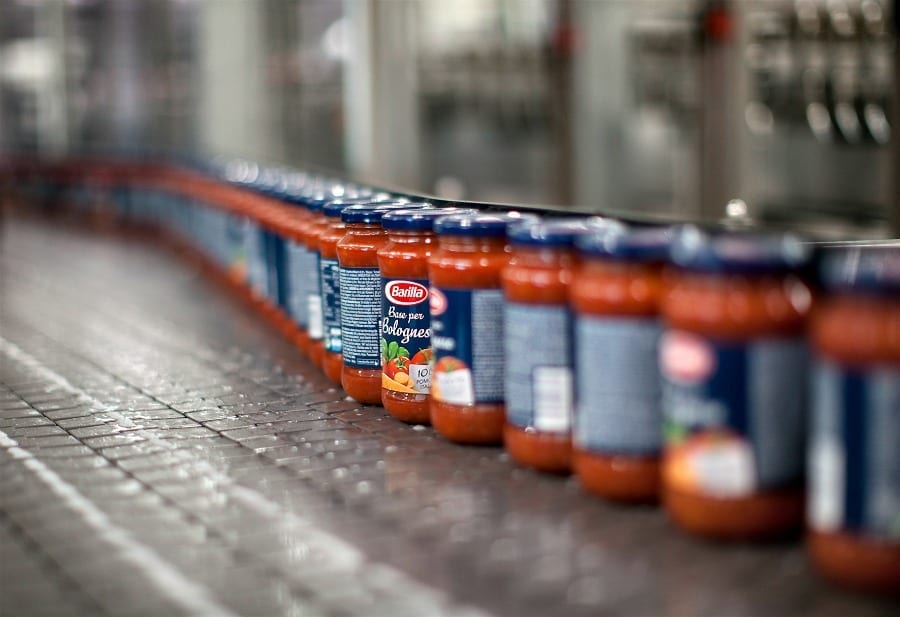 Palm oil, for example,“has been eliminated from all products and is part of an elimination process started in 2010 and that we’ve sped up in recent years”; there is also “a gluten free line and a whole grain pasta line”. In regards to sustainability on the other hand the topic is well established in the family “since 2010 to this day we have increased the studies on our supply chain and production line’s impact on the environment, checking the journey of ingredients from farm to table, plus reduced carbon dioxide emissions by 28%”. Barilla’s production cannot rely uniquely on Italian wheat that makes up 70% of the total production, but has to use grains from abroad too, “we purchase foreign grains after close analysis of parameters and after building solid relations with local farmers. We don’t make compromises when it comes to quality”. 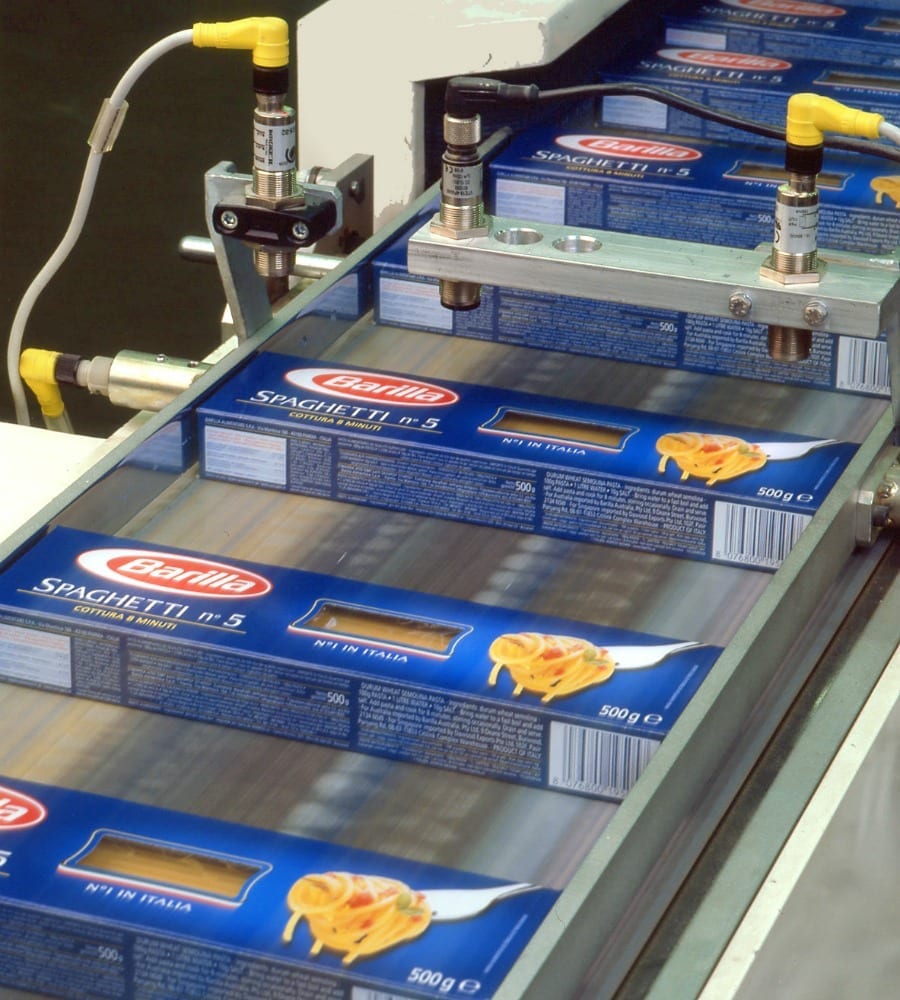 In Italy and abroad, for the past 140 years Barilla has represented how Italians eat. The company has been committed for years to help the growth of the Italian food industry. With the 2009 Fondazione Barilla foundation, for example, or the Centre for Food and Nutrition and its research projects focusing on quality of life and environment, sustainability and consumer. There is also Academia Barilla, a cooking school and teaching space for cooks where young aspiring chefs can learn the tricks of the trade, plus attend events that bring light to the Italian brand. Among the latest initiatives is also a partnership with Gambero Rosso, and a grand wine tasting degustation  of the Tre Bicchieri 2017 tour hosted at the New York Metropolitan Pavillion with the Academia cooks. Lastly, let’s not forget the series of Barilla restaurants opened abroad, in the US and in the United Arab Emirates. Here in November of 2016 the first Dubai restaurant was opened. Currently. No new acquisitions and no stock market entries, “we want to remain a family-run business”. A Italian great family that for the past 140 years has tied solid ties with its past, “We are the owners, granted. But the company belongs to its past, and its future too”. A future that the three siblings are heading towards with courage, just like their father Pietro intended.