Bar Moccia at the airport, history and rebirth of a Neapolitan institution 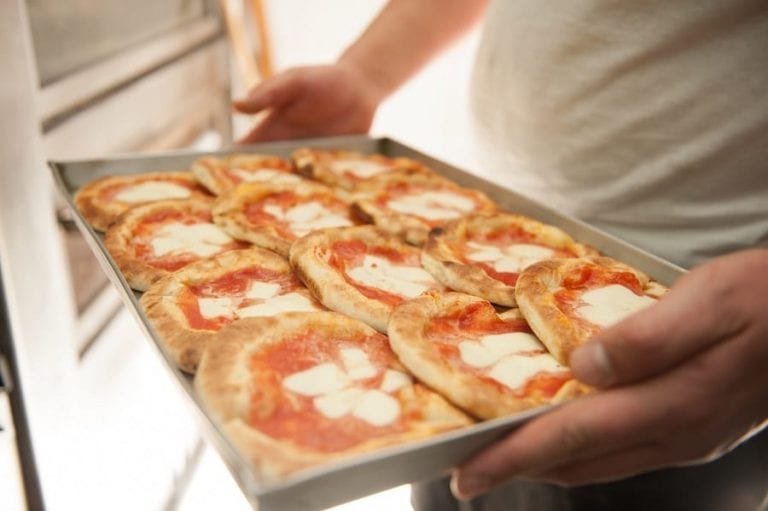 Founded in 1936 in Chiaia by Giuseppina Moccia, the bakery on via San Pasquale has recently gone through turmoil, which culminated with the collateral assignment of the brand to Fratelli La Bufala last year. Now the Bar Moccia, known for its stellar pizzette opens once again, but first it lands in the Naples airport.

The legendary pizzetta topped with tomato sauce and mozzarella invented at Bar Moccia in 1936 will surely restore smiles on the faces of Neapolitan residents, and beyond. Naples is the sort of theatre for this kind of generational mishaps in regards to family business. With shifts in strategy, sibling rivalry and demands claimed by nephews and cousins suddenly involved in family matters, property transfers are the norm. Equally frequent are fractures within the household and branching out from the original business core. This results in confusion between original historical ownership and those exploiting the well-established charm to pursue new journeys. The past year for bar Moccia meant many of these similar vicissitudes.

Founded in 1936 by Giuseppina Moccia in the via San Pasquale, the pastry shop and bread baker that has gone down in history for its cult-like following for their pizzette closed down last summer, after a long series of unexplained back and forth between lawyers. In the meantime, the business had been handed down to Giuseppina’s three children, who also fostered a different business model that embraced the “bar” culture. In 2009 the family opened a new space in the Posillipo neighbourhood (currently still in business), autonomously opened by Antonio, one of the three Romano brothers. During this time Pasquale bought the entirety of the bakery shares, effectively separating responsibilities and ownership within the historic business. The bar pasticceria, on the other hand, survived until last August as a multi-ownership. Despite the public was loyal, it was direly suffering competition and the difficulties of managing a large team of 30 employees.

The last year, an offer that was hard to refuse. At the end of a long negotiation Fratelli la Bufala buys the business from the Romano bothers. Both the Panificio of Pasquale Romano and the bar in Posillipo were both ousted. Up to until very recently, at the beginning of April, at number 77 of via San Pasquale (where the historic oven used to be) Romano Lab opened. The nieces of Giuseppina – Romina and Giuseppina – opened this small business to continue the fame of the Moccia pizzette. But what happened to the Moccia brand? The very one bought by Fratelli La Bufala (who have over 100 retails in Europe, US and Middle East, grossing 80 million Euro)?

The good news hails from the Naples Capodichino airport, recently elected Europe’s best in the 5-10 million-passenger category at Aci Europe Awards in Paris. The recognition also comes for the incentivized and increased value or tourism promotion in the region. In this same direction is the opening of Moccia Capodichino, the first step of a complex operation that will ultimately also open the historic San Pasquale venue in the Fall 2017, under the management of the A Cento spa holding (which also manages the Fratelli La Bufala brand). The goal, ultimately, is revamping the brand by bringing it on an international scale, without short-changing the originality of the offer. The retail space within the Naples airport opened June 20th, on the second floor of the international departures area. Artisan bakers and loyal employees of the Chiaia bakery will be the force behind the counter. The “family” team will instead open the doors to the new and improved bar pasticceria Moccia San Pasquale, with the promise that recipes will remain unaltered. Life, hardship and renewal of a true Neapolitan family. 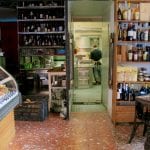