Archeology. A 3,000-year-old glass of wine. A first in Friuli Venezia Giulia They were drinking wine in Friuli Venezia Giulia three thousand years ago, long before the arrival of the Romans. Traces show that in this zone, viticulture was a well-known activity.

The discovery was made by researchers from the University of Udine inside the proto-historic village of Canale Anfora, in the Ca’ Baredi locality of Terzo di Aquileia (Udine): they were drinking wine in Friuli Venezia Giulia three thousand years ago, long before the arrival of the Romans. It is the most ancient example in the region and one of the oldest in northern Italy. The wine was found during an analysis of ceramic samples, the contents of a cup abandoned, along with various items of tableware, at the edges of a hearth datable to between the 14thand 13thcenturies B.C. (the end of middle Bronze and the beginning of the recent Bronze ages).

The chemical and chromatographic analyses carried out at the University of Barcelona found organic residue impregnating the sides of the containers used for manipulation, cooking and consumption of food and drink. “The discovery made at Ca’ Baredi is of great value, even on its own”, underlined ElixabettaBorgna, scientific director of the dig. “It is a key piece of the picture of the long-distance relationships between Mediterranean and northern Adriatic regions long before the arrival of the Romans in the 2ndcentury B.C”. 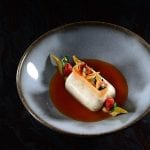