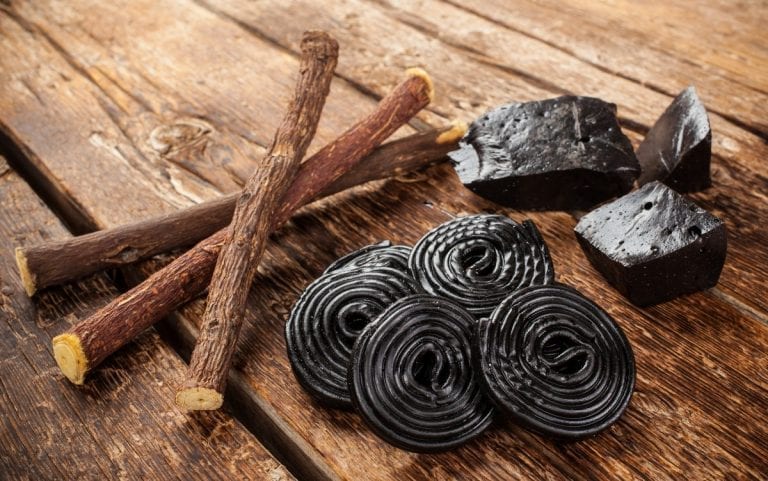 Herbal remedies, medicine, distillery, cosmetics and obviously cooking: licorice is a versatile product that never goes out of style. History and minutiae of this ancient plant.

History of licorice, the healing plant

When it comes to licorice, the first image that pops into our mind is almost always of hard stubby candies in a tin box, or the iconic spirals most loved by children thanks to their sugary flavour. In reality, Glycyrrhiza glabra (this is the botanical name) is a perennial herb plant native to southwest Asia and the Mediterranean, already mentioned in the first Chinese herbarium. One of the most important plants in Asia, licorice has been used in medicine since ancient times to treat cough, liver disorders and food poisoning. Before that, it was the Egyptians (legend has it that pieces of licorice root were found in Tutankhamun's tomb), the Assyrians and the Greeks who first exploited its therapeutic properties, while it was Dominican friars who first brought it to Europe. 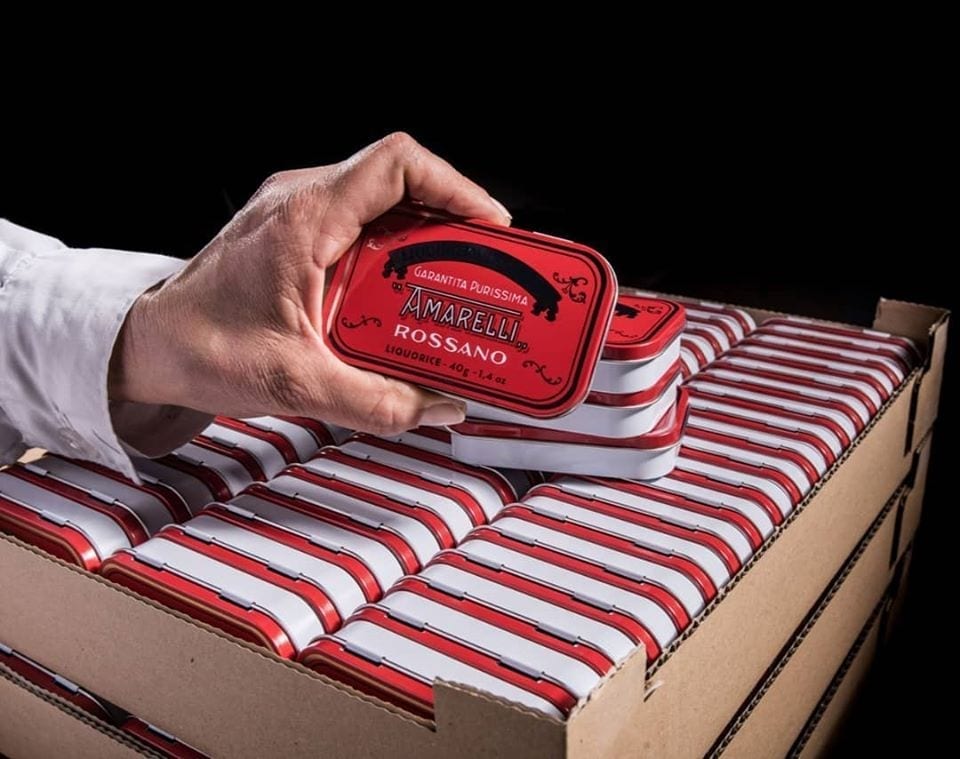 Famous all over the world and pride of Italy is undoubtedly the licorice f from Calabria, which since 2011 enjoys Protected Designation of Origin status. Known for its sweet and sour characteristics licorice is present in large quantities throughout the Calabria territory, where it grows wild thanks to the favourable climate. It seems to have been introduced to the region by Benedictine monks, who already in the year 1000 used it to facilitate digestion and prevent diuretic problems. It was only in the 18th century, however, that the first Calabrian concio (typical production workshop of the time) for the processing and sale of licorice as food was born. It was the Duke of Corigliano who created it and which officially inaugurated the licorice trade in Calabria.

How is licorice produced

After the first laboratory, others were born, all created by the will of the most important families of the Calabrian upper middle class, who brought the production of licorice to the various provinces. But how does the supply chain work? The branches are minced by a special machine. From the branch poultice juice is extracted, which is boiled and transformed into a thick liquid. Once the right consistency is achieved, the paste is polished and cut into the desired shapes. Pure, in powder, syrup and then also transformed into candies: there are many variants of licorice on the market and its uses in the food field, in addition to the many uses in the kitchen, pastry making and gelato production.

Amarelli: the symbol of licorice in Calabria

It's impossible to retrace the history of the product without mentioning Amarelli, a symbol of Calabria that's always been synonymous with licorice in Italy and worldwide. The oldest documents attest that already around the 16th century the Amarelli family marketed the branches of the plant in Rossano, but it wasn't until 1731 that the proto-industrial plant, or the old concio, was used for the extraction of the juice. A work carried out over the years with the same passion as always, preserving the spirit of the origins but always keeping up with the times, with an innovative and modern approach. In addition to product quality, Amarelli has always focused on marketing and good brand awareness, attractive packaging and a well-defined style: just think that the company launched a primordial form of website that was online already in 1996. And then the world-known packaging, the tin boxes with loose candies inside (today an innovative idea to reduce waste, but actually a good practice from the past, which the company has maintained to this day), vintage graphics and a number of various limited editions. 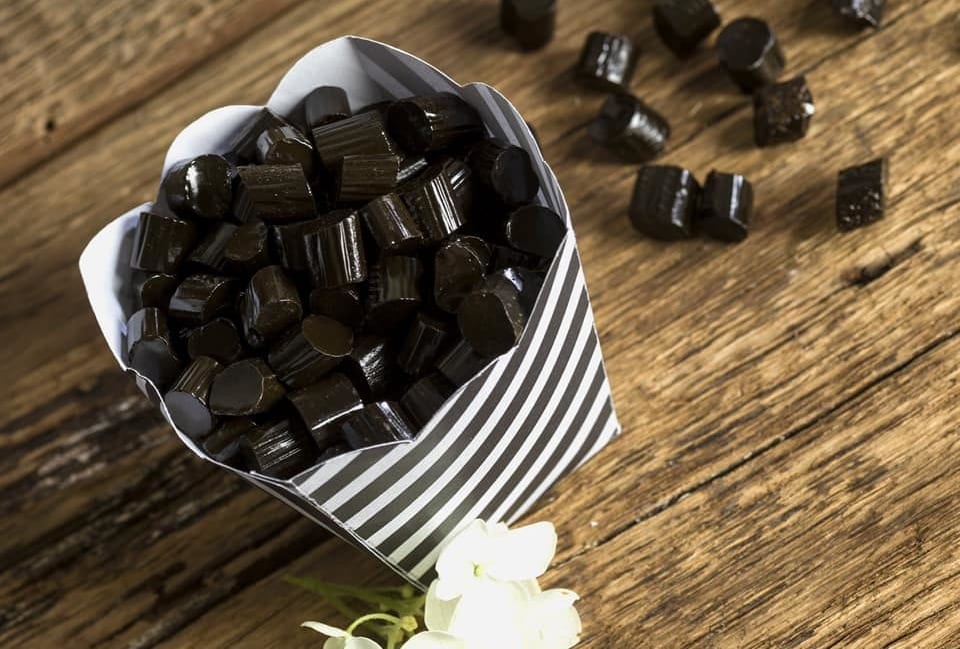 Another licorice territory in Italy, although less known than Calabria, is Abruzzo. In particular, the area of Atri and surroundings, in the province of Teramo. According to the legend the area boasts a centenary tradition of licorice production, started in ancient Roman times. The first documents, however, date back to the 15th century, while the development of industrial trade took place in 1836 thanks to the foundation of the Menozzi De Rosa factory, one of the oldest factories in the Italian confectionery sector, also known for its Tabù brand products, a flat white and green tin the size of a silver dollar, distributed by Perfetti Van Melle. As late as 2004, the entire production took place in a 1500s Dominican convent in Atri. It then moved to a modern factory with cutting-edge technologies. In addition to the classic candy, the company also supplies Italian and foreign ice cream producers, pharmaceutical and cosmetic brands (used for skin care products), distilleries and also tobacco industries, which use the powder for tanning the leaves. 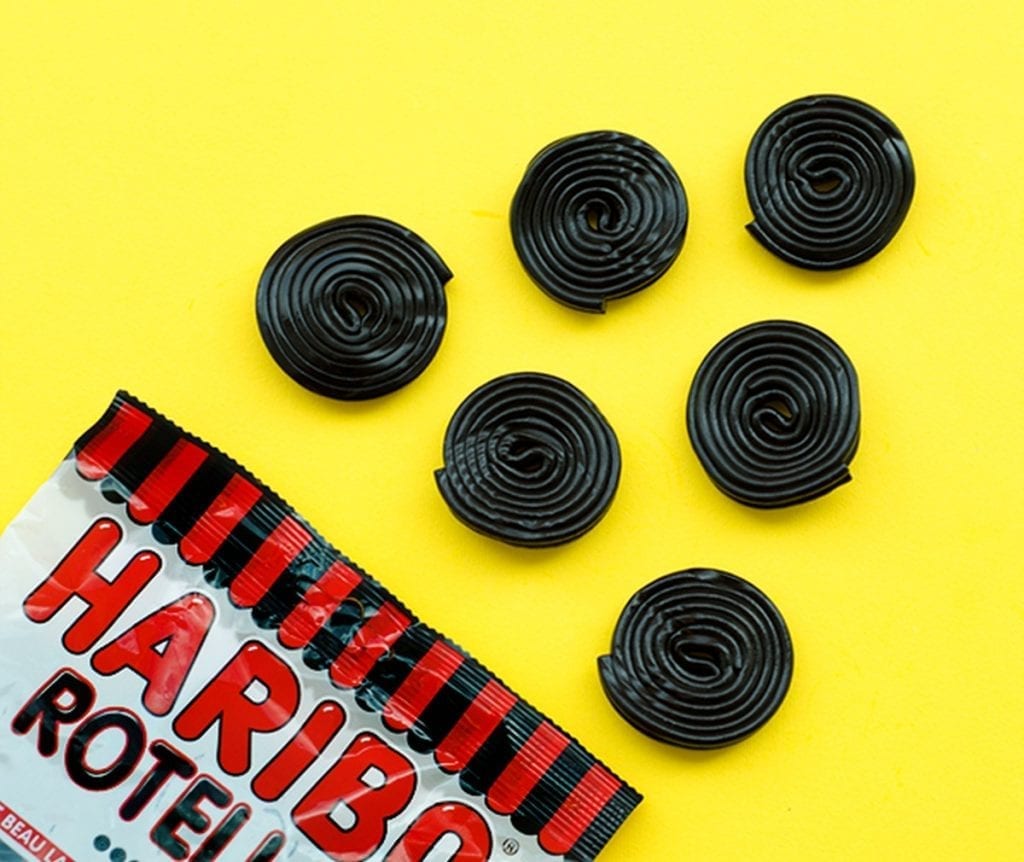 Haribo, the company founded by Hans Riegel and officially registered on December 13, 1920 in the city of Bonn in Germany, also deserves a place of honor among the major licorice-producing brands in the world (the name in fact derives from Ha-ns, Ri-egel, Bo-nn). Today one of the most famous companies in the confectionery sector, started as a small space set up in a courtyard washing basin, with a marble slab, a stool, a walled kitchen, a burlap sack of sugar, a roller and a copper cauldron as the only tools. Although the most successful invention remains the first, the gummy bear born in 1922, licorice plays an important role in the company's production: after only three years, in fact, the licorice sticks with the Haribo logo began to appear, which soon were followed by many other similar products, including the wheels.

But what exactly are the medicinal properties of licorice? Its anti-inflammatory action is fundamental, given by the active ingredient glycyrrhizin. But it's also a good source of vitamins B1, B2, B3 and B5, as well as vitamin E, and contains a fair percentage of calcium, iron, phosphorus, magnesium, potassium and zinc. It is useful for fighting gastrointestinal disorders, from constipation to slow digestion, and represents a natural remedy for sore throat. The root extracts are also often used in products for oral hygiene: it's in fact indicated for the prevention and treatment of dental caries and gingivitis, thanks to its antibacterial effects.

Versatile and available in different forms, licorice can be used in the kitchen in many ways. Powder is one of the most used products: it can be added to flour to prepare sweets or fresh pasta, or directly on pasta or meat courses to give the recipe a typical bitter-sweet taste. Fundamental at the end of a meal is the liquorice liqueur, which is prepared at home both from the powder and from the "spezzatina", i.e. chopped pure licorice sold by the production houses. Without forgetting about the various infusions, decoctions and herbal teas. To taste it as a snack, however, in addition to candies - be they hard or chewy - there are also licorice root sticks to chew on, sold in herbalist shops or in the best-stocked candy stores.

A. A. Terlano Sauvignon Tannenberg 2013