AI beer. It happens in London, where brews change according to customer feedback 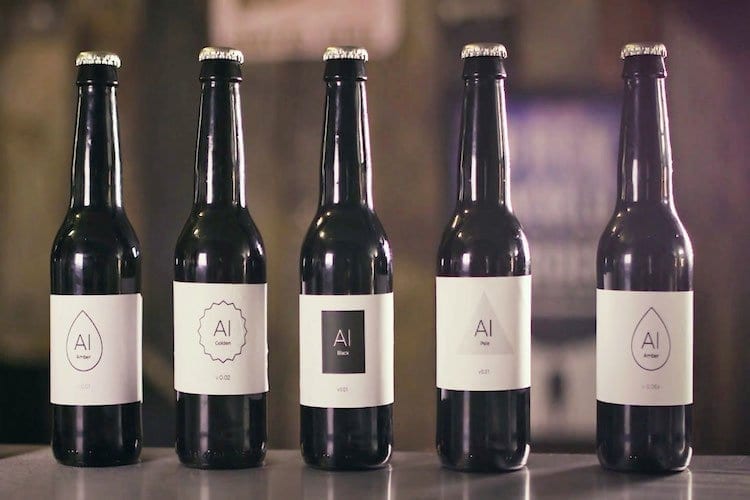 Too acidic, not enough body, not sufficiently aromatic. Thanks to artificial intelligence and complex algorithms devised by a British startup, nowadays beer drinkers can build their perfect beer by suggesting tweaks to the brewers.

Most drinkers are unaware that behind a good craft beer there’s heaps of ingredient awareness and a hearty dose of scientific knowledge. On the other hand try asking a master brewer his opinion on having to deal with chemical reactions, microbiology, pH, base and acid solutions every day. Beer production is a complex business, yet it’s been made for centuries. Initially, and almost until the beginning of the 19th century, beer was produced with not much science. There was more relying on spontaneous fermentation – a trend which is currently supported by varied modern technology. This evolution takes into account even the most paradoxical extremes, like use of sophisticated algorithms, social networks and the Internet. How is that?

The beer in question has, not for nothing, been named AI – Artificial intelligence – and it is the labour of research conducted by London startup  IntelligentX. Taking the place of master brewers, the company aims at applying their algorithm that lists the beer’s characteristics, binding each to specific steps of production. From type and dosage of various ingredients, for example. Once the product will hit the market is the most innovative aspect of the project. After tasting the AI beer, customers can interact with the brewers thanks to a Facebook Messenger bot which allows to express opinions, preferences, assign points from 1 to 10 on product quality and even suggest possible changes to the recipe. The startup tracks and analyzes the feedback and changes the recipe according to the most significant and relevant trending topics. This means each batch will differ from the next, since the recipe will be tweaked after each boil according to consumer feedback. AI is therefore at the consumer’s service. But also becomes a powerful tool for beer breweries who can receive customer feedback in a more speedy and functional manner.

Just think how the first AI beers produced in Britain, in their four different types (each sold at £4.50) have already cevolved 10 times. Are we actually looking at the creation of the perfect beer?