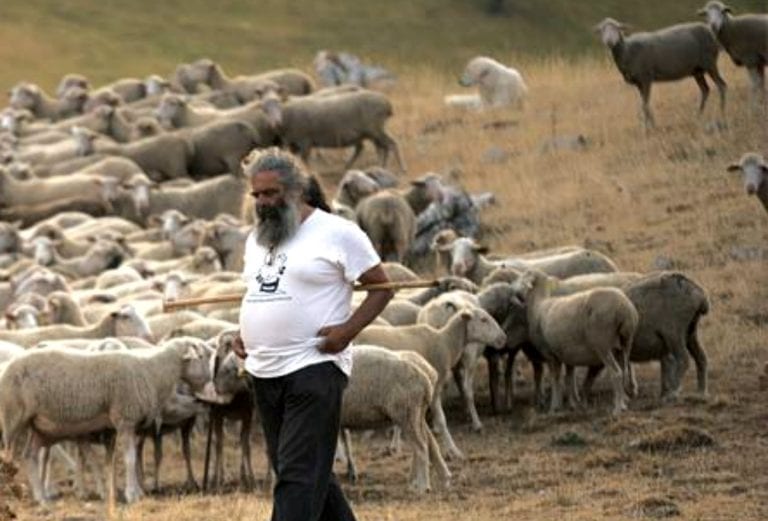 This is the story of Nunzio Marcelli, Abruzzese shepherd who for forty years, with stubbornness conducts his farm, La Porta dei Parchi in Anversa degli Abruzzi, together with his ex-wife and children .

Economics graduate, gentle smile, free soul, shaggy beard for protest––broadcast on Propaganda Live declared: “I’m a bit pissed off to see how things are going, so for now, I’m not shaving it off” – Nunzio Marcelli is one of the most famous shepherds of Abruzzo. We wanted to know him better.

The Asca cooperative and and the recovery of uncultivated lands

Poetry and concreteness, or more actually, realism. His philosophy is soon declared without too many words because Nunzio doesn’t do pleasantries and formal. He, inspired by professors Corrado Barberis, Federico Caffè, Giuseppe Orlando––“all characters linked to a certain economic vision, who were never influenced by an industrial approach and oil industry”––in the ’70s (during the full-fledged economic boom!) he founded the Asca cooperative together with friends with the goal of recovering uncultivated lands through breeding and pastures. “I was born and raised in Anversa degli Abruzzi, a country that has suffered and still suffers from the loss of population and production capacity. A town that, like many, first survived thanks to the migrant families who later returned, but then lived a downward trend also due to a policy based on subsidies; which never cared much for the recovery of the territories”.

Refers to CAP (Common Agricultural Policy of the European Union) which first had the purpose of guaranteeing food self-sufficiency, but then, in the mid-1980s faced the problem opposite to that of its origins: surplus of production. And so with the EEC Regulation 1272/88, which authorized withdrawal from production of a certain quota of land, in other words, farmers were committed to not grow for a certain number of years, receiving in exchange an economic contribution: “A politics that zeroed us out”.

The situation in Italy and in the Italian south

The Italian politicians and the unions gave the final blow: “In Abruzzo, but also in other southern regions, we experienced a paradox: agriculture was a stronghold for votes, but no one knew how to treasure it. And so, the electoral base voted for representatives who instead of dealing with problems related to agriculture, dealt with other things. If I think about it, I still get angry. Not to mention the trade unions that weren’t able to use European agricultural funds and didn’t allow us to use them either, always promoting collection of incentives instead”. Incentives that, ironically (or better still, political agendas), haven’t even remained in the hands of the local Abruzzesi.“Things worsened further when the incentive was released from the type of production and could also be cashed in by farmers coming from outside the Abruzzo region, which allowed few (especially from the North) to grab most of the land, which was literally sold off by the old owners for peanuts. Consider that Abruzzo appears to have high Community premiums, too bad that the money will end up elsewhere”. Indeed, the figures don’t contradict Nunzio considering how today less than 5% of the population works in agriculture, 80% of European contributions are no longer granted, and end up in the pockets of 20% of farmers. This means we have lost a huge biodiversity heritage.

But the Abruzzese shepherd fortunately has never given up, nor has he given in to the “easy” money of the subsidies, nor to the sale of his land. “I’ve always been a serial contrarian, and I’ve been focusing on land property recovery right from the start. I still thank my professor Barberis, father of the valorisation of rural areas as worlds of knowledge and flavors”. Today the cooperative is also an organic farm: La Porta dei Parchi counts 1300 sheep and goats, and about fifteen Italian, Macedonian, Romanian and an African Guinea-Bissau workers.

But it wasn’t easy: “Over the years, there are those who have failed, those who have just gone; I tried to resist even at the cost of sacrifices and personal investments. Am I happy with my choices? I would do it all again. This is an incredible territory, we are in a mountain and foothill area with an astonishing variety of herbs: according to recent studies conducted by the University of Florence, here we have 80% of the herbs on the planet!”.

Nunzio proudly says this, and his pride translates into spectacular milk and cheeses that taste of herbs, vegetation, and molds and of biodiversity. But also of history, of exchanges, of traditions, of resistance: “Perhaps the passion for pastoral life and cheeses was born thanks to the family shop, which was located in a point of passage towards Scanno, so much so that it became over time a sort sales stop for the shepherds of the area, which were gradually disappearing. So, I decided to resist in their honor”.

Currently believing in the project––which can be summarized in “a political act of resistance: a revolution!”––are also Nunzio’s ex-wife Manuela, and children Jacopo and Viola, as well as many foreign universities that come to Anversa degli Abruzzi to study this virtuous example of rural marketing, also thanks to the initiative “Adopt a sheep” and to the cheeses and cured meats that can be ordered at the La Porta dei Parchi site, and which are also available in the United States, thanks to the contacts of Nunzio’s migrant grandfather.

“We produce salami with lamb and goat; and pecorino cheeses, like Brigantaccio, a cheese made with raw sheep’s milk, a remnant of the tradition of bandits that once hid cheese inside terracotta containers filled with bran inside caves, or Cacio Fiorello where we apply a cold rennet coagulation, at 25°C”. The creamery also produces a smoked ricotta with juniper, which uses the same technique for obtaining smoked salmon. “The secret? Produce less, produce better. We cannot and do not want to compete with industrial cheese productions, we play in a whole other championship”. The same in which also plays “Gregorio Rotolo, Claudio Di Domenico whose partner had come to work with us, Giulio Petronio of Castel Del Monte who developed an excellent Canestrato; and the pecorino of transhumance by Mario Trozzi in Pescocostanzo. Everyone took part in what I love to call a cultural revolution”.

Cheese and wine: the best pairings according to the sommelier 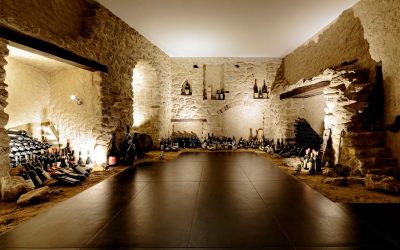 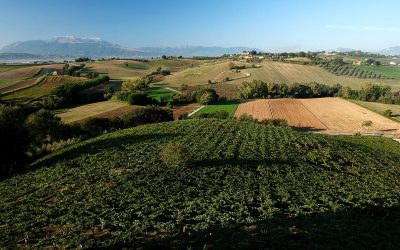 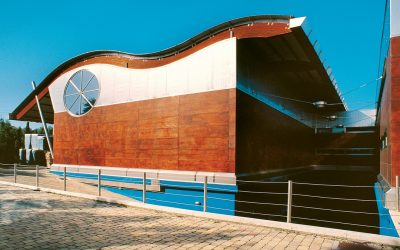