A miniguide to Cagliari. Sardinian identity at the table and within the city walls 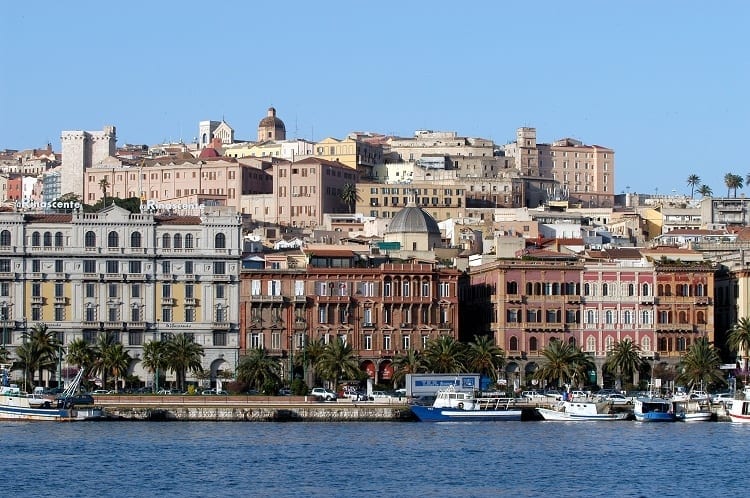 A favorable climate, lively atmosphere and centuries of history bless this metropolis of the Mediterranean. Cagliari has protected its authenticity, the fruit of innumerable cultural collisions. Seafood and the best from inland farms come to the table in both traditional and creative ways.

In the heart of the Mediterranean, protected by the gulf that has made it a safe refuge for centuries, Cagliari owes its historic and cultural identity to its geography. Stratified over time, the city reveals the traces of a multiethnic past in the warmth of its hospitality. Antique civilizations such as the Punic, Roman and Byzantine and, more recently, the aggressive maritime republic of Pisa and the Piedmontese in the 18thcentury all left their mark on the city.

Ideas for a walk around town

The fortified high citadel constructed by the Pisani offers complex little streets to explore. The old Castello, Marina, Stampace and Villanova neighborhoods coexist with the modernity of a unique metropolis that grew remarkably in the second half of the 20thcentury and today has about half a million inhabitants. An approach to the Sardinian capital must start with a visit to the bastions and views over the light-filled horizon, before a plunge into the churches and basilicas of the old city. Its artistic patrimony speaks of centuries of history, from the Byzantine architecture of San Saturnino to the crypt of San Domenico in Gothic-Catalan style, to the Romanesque Cathedral of Santa Maria. In the Marina quarter, Sardinia’s largest urban archeological site spreads out in the underground area of Sant’Eulalia. The Roman amphitheater from the 1stand 2ndcenturies AD is beautifully set in a natural valley on the slopes of the Colle di Buon Cammino.

Culinary Cagliari, from its markets to its traditional tables

Let yourself be drawn into the city’s atmosphere, starting from its food resources, especially Italy’s largest covered market, San Benedetto, in the heart of Cagliari. But many other locales protect Sardinian culinary traditions, both its seafood and its farm products. Marine, peasant and pastoral influences all play their part. The island tables offer goat and sheep cheeses, bitter corbezzolo honey, cooked grape must, almonds and saffron along with Sardinian suckling pig roasted on a spit, wild boar prosciutto to eat with one of the thousand types of local bread, sea urchins and bottarga, clams and spotted dogfish, boiled octopus and fregola pasta served with tasty toppings. Traditional dishes are well-loved along with amazing creative interpretations of the territory.

In the Marina quarter, chef Claudio Mura continues the traditions of a long-established restaurant, with typical dishes expertly prepared, ranging from malloreddus alla campidanese(gnocchi-shaped pasta with sausage and pecorino) to fried octopus and fregola pasta with clams.

The locale goes back to the 1960s, but today the kitchen is in the hands of young Stefano Deidda, who studied with renowned chef Antonino Cannavacciuolo. Deidda’s talent is perceptible in every dish. Tasting menus start at 55 euros and portray the territory with great skill and panache.

In the Giorgino neighborhood, set on the seashore with a beautiful panoramic terrace, this restaurant is famous for its fresh fish cooked in traditional ways: sea snails, fregola pasta with clams and bottarga, boiled octopus, and much more.

A view of the sea while eating focaccia, filled, soft and well-leavened. Or artisanal, crisp potato chips. Munch along with your choice of a good wine by the glass.

Since 1972, traditional little tomato and mozzarella pizzas to eat while you walk, served folded up in wax paper. Variations include prosciutto, capers or anchovies.

A place with a soul, welcoming and versatile, this successful, experimental locale is a bistro, wine shop (with great labels and many artisanal beers, spirits and well-made cocktails), gourmet grocery store, bookshop, kitchen and tableware emporium. You can also eat in the piazza.

The Aresu family has run this historic Cagliari pastry shop for 60 years. Their specialty is chocolate, but everything is good from leavened breakfast pastries, flaky tarts and elaborate celebratory cakes.

Chez les Negres | Cagliari | via Sidney Sonnino, 175 | tel. 070 654997 | www.chezlesnegres.it
A pastry benchmark since 1964, with traditional classics made on the spot. Good cake and almond paste sweets.