A decisive step towards UNESCO status for the Colline del Prosecco. Conegliano and Valdobbiadene are candidates In July, 2018, Italy hopes to add another zone to the long list of sites (up to now, 51 material and 7 immaterial) recognized and protected by UNESCO. Then, we will know whether the hills of Conegliano and Valdobbiadene can unfurl the World Heritage UNESCO banner.

Italy hopes to add another zone to the long list of sites recognized and protected by UNESCO, the hills of Conegliano and Valdobbiadene. The national Italian UNESCO committee decided unanimously to approve and send the dossier, which the Minister for Agricultural, Food and Forestry Policies, Maurizio Martina, signed a few days ago, to Paris. It is an historic occasion for the 15 municipalities of the Treviso province, a territory of about 20,000 hectares, 5,000 of which are vineyards and coincide with the production area of Prosecco DOCG. It is home to about 3,000 growers. "With this candidacy," said Minister Martina, "we want to affirm the great cultural and environmental value of our agriculture, especially in exceptional territories like the hills of Conegliano and Valdobbiadene. At the same time, we reinforce the global standing of one of the most admired and distinguished wine production zones in our country".

The evaluation process began on February 1, 2017, and the final outcome will be announced in 2018. Ten years exactly have passed since the signing of the understanding between the Treviso province and the seven municipalities of the ‘terre alte’ of the Marca (Cison di Valmarino, Follina, Miane, Revine Lago, Tarzo, Valdobbiadene e Segusino) aimed at safeguarding the landscape and environment of the hill zone. The first request for entrance into the tentative UNESCO list was made at that time by then-minister Luca Zaia. The final step, indispensable to the candidacy of the Colline del Prosecco, was its inclusion, in mid-2015, in the national register of historic rural landscapes by the Ministry for Agricultural, Food and Forestry Policies. 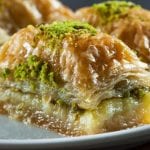