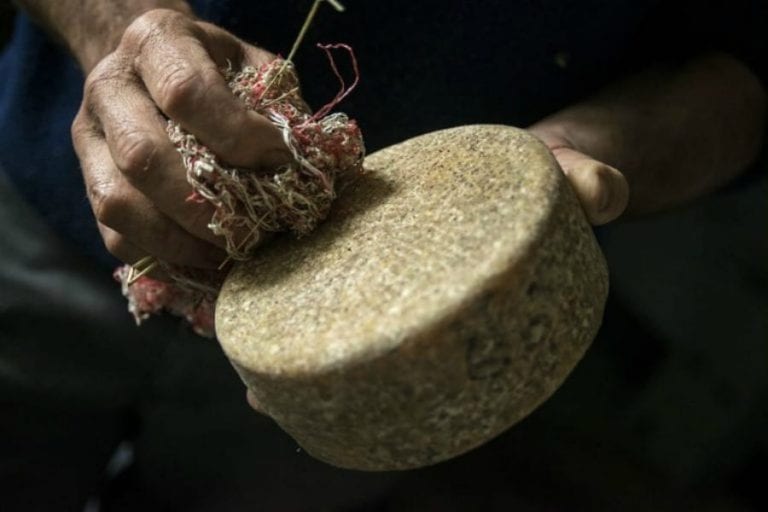 From cheese to couscous, by way of sake and desserts, September is the opening of the food festival season in Italy. Here are the most interesting ones.

September is synonymous with end of vacation and a series of food events in various Italian destinations, spanning from Milan to Cosenza by way of Bologna, Parma and Rome. The September calendar includes a number of great food and wine festivals and events celebrating top culinary products and ingredients. Think dairy products, organic produce, spirits and seafood, plus spices and gourmet dishes. Here are the stars of the September food festivals.

Cheese lovers flock to this appointment that is celebrating 20 years. The best Italian cheese conference features performances, concerts, films, workshops, forums and children’s classes will be held in Bra, city in the in province of Cuneo, September 14 to September18, thanks to the partnership between Slow Food and the City of Bra. Guided tastings will open to the varied world of dairy. High altitude pasture Castelmagno, Pallone di Gravina, Raviggiolo from the Tuscan-Romagna Apennine, as well as foreign specialties, such as Stichelton and Sbrinz, which will be available at the tasting stations.

The restaurants involved this year will be 15 among historic names of the Eternal City’s dining scene plus new entries will show off over 60 dishes over the course of 4 days. The event dedicated to Rome’s haute cuisine is celebrating its sixth year edition.  Participating names include Adriano Baldassare, Cristina Bowerman, Luigi Nastri, Daniele Usai, Francesco Apreda and Heinz Beck, to mention a few. Roman gourmands are awaiting the Taste appointment, ready to taste the various chefs’ menu choices, in single portion version. The small plates are sold at reasonable prices and this is the success of the Taste formula. Hence the festival’s on-going success, with a participating public that’s increasingly attentive to ingredient quality and curious to try fine dining creativity. The rich 2017 program is chock full with workshops, kids corners and tastings.

The annual appointment with the Cous Cous Fest, world leading food festival that comes with a flurry of fine food is also a massive event that overthrows the peaceful nature of the village of San Vito lo Capo, in the Sicilian province of Trapani. Once a quiet fishing hamlet, nowadays the town is a major tourist destination, which will transform between September15 and 24 into a veritable food village. The festival’s symbolic dish will be cooked in a variety of variations by local chefs and an equal number of cooking demos of famed Italian chefs too. Guest starring is Italian food blogger star Sonia Peronaci (founder and ex-owner of the Giallo Zafferano brand), who will be cooking her version of couscous.

Between food and wine, there’s also room for sake. For this reason Milan is preparing to host for the third consecutive year, from September to October 1, a festival entirely dedicated to the Japanese spirit. The event is organized by the cultural association La Via del Sake (with patronage of the City of Milan and the Japanese Consulate in Italy). The event hosts Japanese sake producers, importers and distributers who will introduce the public to a tasting of more than 30 labels of fermented rice wine. During the event tasted sake can be purchased in the in-house shop, but participants may also deepen their knowledge of Japanese cookery thanks to film screenings, conferences on the history and production of sake and panels with experts.

As the growth of interest shown for organic nutrition, so does the number of visitors at Sana, the festival dedicated to natural and organic products, spanning from food to cosmetics. Attending will provide a great opportunity to keep up to date with all the latest market trends, consumer goods and sales. Consumer choices are in fact shifting in accordance with awareness and desire for a more healthy choice, based on short supply chain, fair trade and controlled origin. Equally expanding is the number of people willing to adopt a different lifestyle, including vegetarian eating. Seminars, forums and conferences will be held in Bologna September 8-11 making the city a green area. Products aside, there will also be a number of projects dedicated to salvaging green areas and other eco-friendly initiatives, like long-distance adoption of fruit trees.

Two locations for one of the year’s most awaited events, Rural Festival, dedicated to biodiversity: the Parma countryside and then in the hills of Chianti. The festival gathers farmers and cattle breeders from the Parma fertile Food Valley to Parco Barboj, in the Rosa dell'Angelo farm, 2-3 September and September 16 and 17 in Gaiole in Chianti, near Siena. In the town square farmers and breeders will promote healthy and sustainable economy supported by ancient tradition and tutelage of ancient peasant traditions. Approximately 40 farms are annually featured in the popular event.

The excellence of Italian confectionary will be featured over the course of two days in mid-September, showcasing its biggest names. Rich desserts, delicious masterclases, one-on-one workshops with celebrities such as Gino Fabbri, Iginio Massari, Sal De Riso: this is Sweety of Milano, held between September 16 and 17 at Palazzo delle Stelline. Davide Comaschi, Andrea Besuschio, Luigi Biasetto, Vincenzo Tiri, Maurizio Santin, are only a few of the stars of the sweetest food festival of the city, who will be leading workshops and classes for children. In the Palazzo each will manage their own tasting and sales stand, and the calendar of events will also feature a series of master classes for all ages, and anyone wishing to grasp the secrets of the trade from the maestros on stage.

No more baccalà alla vicentina with polenta, bigoli al torcio of Limena with baccalà, gnocchi di Posino with baccalà. During the course of the 8th edition of the ancient Veneto gastronomy festival, all the most creative and original recipes made with will be served to visitors. From September 3 to December 4, baccalà is the star of this itinerant food festival touching a number of Veneto provinces, learning about innovative and creative ways of cooking dried or salted cod. At the heart of the event is Trofeo Tagliapietra, a culinary contest that each year awards the best baccalà dish entered in the competition. The prize is noteworthy: the winning cook receives a trip for two to the Lofoten Islands of Norway, home to this unique food.

The Peperoncino Festival in Diamante, in province of Cosenza turns 25, and annually sheds light on one of Calabria’s top food products. “Art, culture and foods in a spicy sauce” is the event’s slogan, which illustrates the customs of a culture which has found in chilli pepper “a democratic and popular sovereign” capable of putting everyone ion agreement. The program features a number of fun events, such as cooking demos, street food, tastings, and a famous comic strip contest. There will also ultimately be a chilli pepper-eating contest, which will award the most fearless lovers of fiery spiciness. 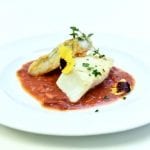 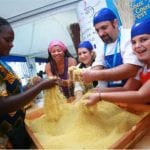 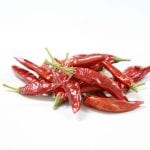 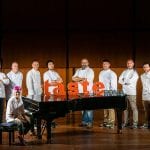