VINEYARD |  Santa.Nè has always been the name of this ancient vineyard located on the steep hills overlooking the Strait, south of the urban centre of Messina. Here, just before the Palari hill, at about 500 metres above sea level, resting on a sort of clayey deck, is this small vineyard, now almost a century old. It is not known what grape variety it is, they have always called it 'a francisa, the French. Salvatore Geraci, who took it over more than twenty years ago, claims that it is most likely a genetic mutation of petit verdot. What we know for sure is that in the early years of the XX century a variety known as 'a francisa was widespread in the Messina area and that, given that it was easily cultivated and gave excellent yields, it was quickly supplanting the traditional grape varieties, so much so that around 1930 the local authorities forbade further planting.

PERSON | Salvatore "Turi" Geraci, architect but above all legendary wine producer among the best known in Italy, is rightly considered the saviour of the Faro DOC. The story is known, in the year of its first bottling, 1990, there were two producers of Faro, one of which was the local agricultural high school. Turi, also pushed by Luigi Veronelli, took on the mission to save the historic Doc. Thus he transformed the XVIII-century family villa into a cellar and began to make wine and bottle his vineyard of Palari, the one that gives its name to the winery, immediately conquering the public and critics, his first Tre Bicchieri dates back to 1996.

WINE | The first bottling of Santa.Nè dates back to 2001, which produced only in the best years generally does not exceed one thousand bottles in circulation. Depending on the vintage, the wine rests for two to three years in new Troncais barriques, then refines for a further year in steel before being bottled and marketed after three years in glass. Ruby that veers to garnet but with bright reflections, it opens immediately on the nose with notes of saline minerality, wet undergrowth, licorice, tobacco, cinchona and black fruit jelly. Full and well-paced by acidity, with a savoury pleasantness, the mouth is endowed with an elegant and silky tannic appearance, along the finish softened by a note of blood orange. 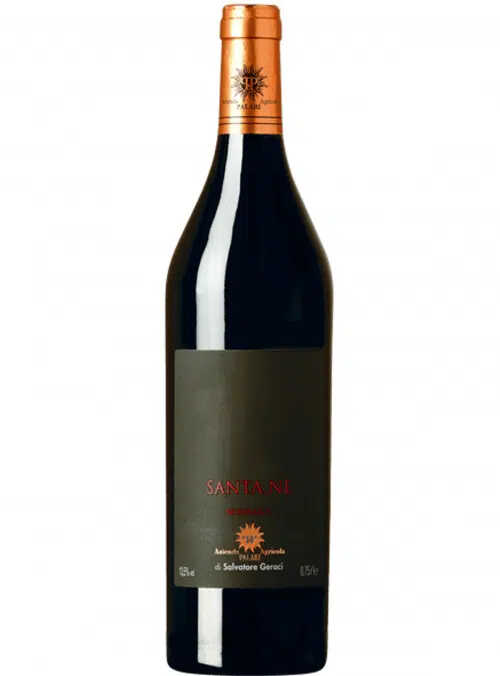