VINEYARD | The Moscatello, Guarnaccia, Malvasia and Duraca grapes--the latter variety being a zibibbo--are grown in Rinni a complantation vineyard at about 400 metres above sea level, with soils characterised by the strong presence of red clay. At the end of August Malvasia and Duraca are harvested and then left in whole bunches to dry, hanging in the cellar. The Guarnaccia and Malvasia grapes are instead harvested together at the end of October and provide the basic must which is cooked over a high flame in order to reach the right sugar content. Only at this point the dried bunches are manually de-stemmed and crushed, so as not to break the seeds, and then combined with the basic must to start the alcoholic fermentation. After fermentation the wine remains in contact with the skins for another four months, and then racked only at the end of April.

PERSON | The story of Luigi Viola could classically start as: once upon a time there was an elementary school teacher who lived in Saracena, a small mediaeval village nestled at the foot of a majestic mountain. In that village, since the dawn of time, a certain wine has been produced, actually a nectar, which was so good that everyone wanted it, even Pope Pius IV in the 16th century wanted it on his table. Luigi, however, had an issue: he could no longer find anyone who wanted to produce that wine, which was too tiring and complicated to make. So he took it upon himself to save the Moscato di Saracena from sure disappearance, rolled up his sleeves and began to produce it himself. It was a great success, his wine was very good and he won a lot of awards. This brought in requests from all over the world. Following his example, at least another ten wineries were born in Saracena to produce and sell their wines, Luigi had set in motion a virtuous cycle that had not only saved Moscato, but also created employment and tourism, even. Don't think that maestro Luigi is now twiddling his thumbs, or resting on his laurels. No. He has now found another wine to save, but that's another story.

WINE | After the three phases of complicated work, Moscato Passito ages for a year in steel before bottling and usually stays there at least another year. The result is simply delicious, a wine with a kaleidoscopic and elegant olfactory profile, where the withering scents blend with those of fresh fruit, sultanas, yellow peaches, apricots, orange blossom honey, dried flowers, lavender and other aromatic herbs, spices, figs and nuts. The sip is creamy and of refined elegance, in perfect balance between saltiness and sweetness; while the tonic and ripe fruit is well corroborated by very fresh acidity, the finish is of rare aromatic persistence that leaves the mouth fresh and satisfied. 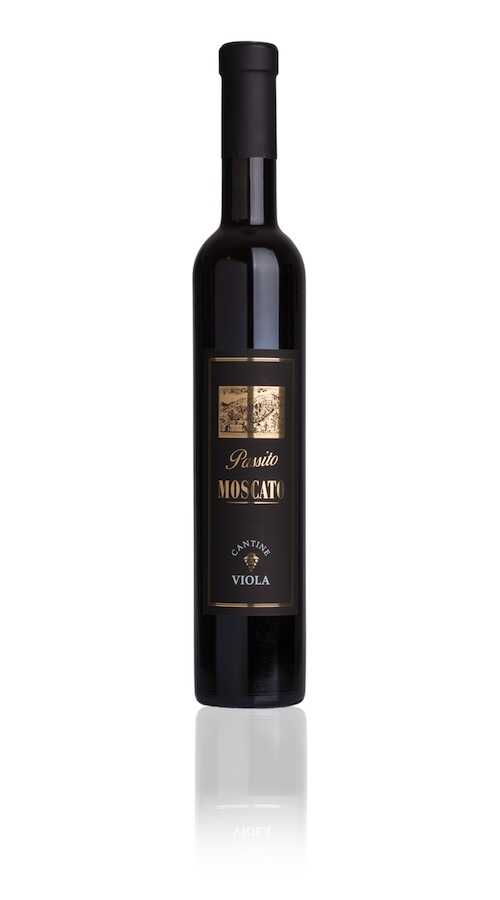