VINEYARD | The vineyards of In Alto are located...in alto, i.e. at the top. The Abruzzo mountains, the Gran Sasso Massif in particular, frame Adolfo de Cecco's productive adventure. Eight and a half hectares in Ofena, 1.5 of which are dedicated to the pecorino grape from which the Pagliare selection comes. Also in Ofena, a veritable cru of montepulciano, Campo Affamato: half a hectare. Then up to 800 metres altitude for Roccapreturo, one hectare, and Carrufo, 1,500 square metres. Montepulciano, Trebbiano and Pecorino are the only grapes that live in all these plots.

PERSON | Adolfo De Cecco is not even 40 years old but he certainly has clear ideas about what he wants to do with his cellar. He has always worked in the family business (but he also tried a songwriting career). Then the enamourment for the world of wine and the decision to immediately aim "high," in every sense. He's dedicated to the search for a territory that can express his idea of wine, that is structure in a matrix of elegance and finesse. He found this in the Abruzzo mountains, in Ofena. The project officially came to life with the 2018 harvest, even if there had already been tests with 2017 and 2016.

WINE | The name of the wine brings back to the period in which shepherds carried out the transhumance annual flock drives from valley to high altitude pastured. Between Ofena and Capestrano passed the tratturo trail near which the shepherds would set up makeshift shelters with stones and straw to spend the night, le pagliare. The pecorino that gives life to this label comes from a selection of the Ofena vineyard; after a maceration on the skins for about 72 hours, a soft pressing follows from which a free-run must is obtained which ferments with a pied de cuve. 70% of the mass is moved to tonneaux, the rest ages in steel. After eight months the masses are reunited and the wine remains in the bottle for another two years. The result is a white of extraordinary complexity where memories of peach and apricot, fig leaves, ginger and candied citrus mix together on a mineral matrix background that brings to mind flint and buffs of hydrocarbon. The mouth is rich, with a warm and tasty impact, it immediately surrenders to a sapid and acidic trail that balances the juiciness. Needs to wait a few more years; when these components will be well blended: that's when we will have a great white from Central Italy. 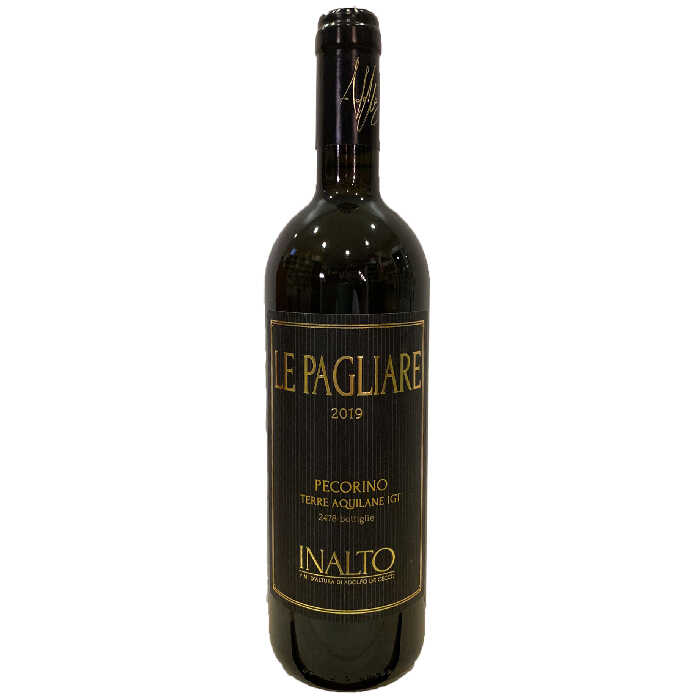