THE VINEYARD|It is a 2.5 hectare vineyard located at 650 metres above sea level planted mainly with nerello mascalese. The soil is sandy and loamy with a volcanic matrix, rich in complex minerals and with high drainage capacity. It is an Etna alberello vineyard that is carried out organically; in addition to the nerello mascalese there are other ancient varieties. The plants per hectare are 1,500, we are on the eastern side of the volcano, in the territory of the municipality of Castiglione di Sicilia.

PEOPLE|Salvatore and Vinzia Di Gaetano began their adventure in the world of wine in the early 1980s in the Trapani area, but it was not long before they fell in love with the Etna area where they began to acquire vineyards in the early 1990s. The first vintage of Etna wines on the market was 1994. In the early 2000s, the Cavanera estate in Castiglione di Sicilia was acquired. Here a parcel with particularly old vines was identified. A research project was then created that involved the University of Palermo and the National Research Council. With dendrochronological analysis, the age of the vineyard was determined, which is trained on pied franc, and dates back to over 150 years ago, before the arrival of phylloxera on the island. DNA mapping revealed the uniqueness of these Nerello Mascalese grapes alongside which other ancient vines still under study were found. The sandy soil prevented the pest from spreading and preserved these ancient plants. The Signum Aetnae project (the symbol of Etna) was born from the intent to bring value to them.

THE WINE|The manually harvested grapes are selected first in the vineyard and then again in the cellar. Fermentation occurs in stainless steel vats at a controlled temperature (25°C) for 10-12 days. After malolactic fermentation it matures for 2 years in French oak tonneau and then again for at least 18 months in the bottle. The colour is a light and brilliant garnet ruby, slightly shaded on the nail but without any losses. The nose is complex and intense. Small red fruits open, then raspberry and currant blend with sensations of Mediterranean maquis and mountain herbs of great finesse. Delicate smoky and cacao notes follow one another in a finish still marked by the fruit. On the palate it is extraordinarily broad and elegant. After a fruity opening it develops progressive and enveloping; it is of extraordinary and vital freshness and shows off tannins of rarefied elegance, an intact and crisp red fruit to close persistently on the balsamic notes of deep-sea herbs and on Mediterranean hints. 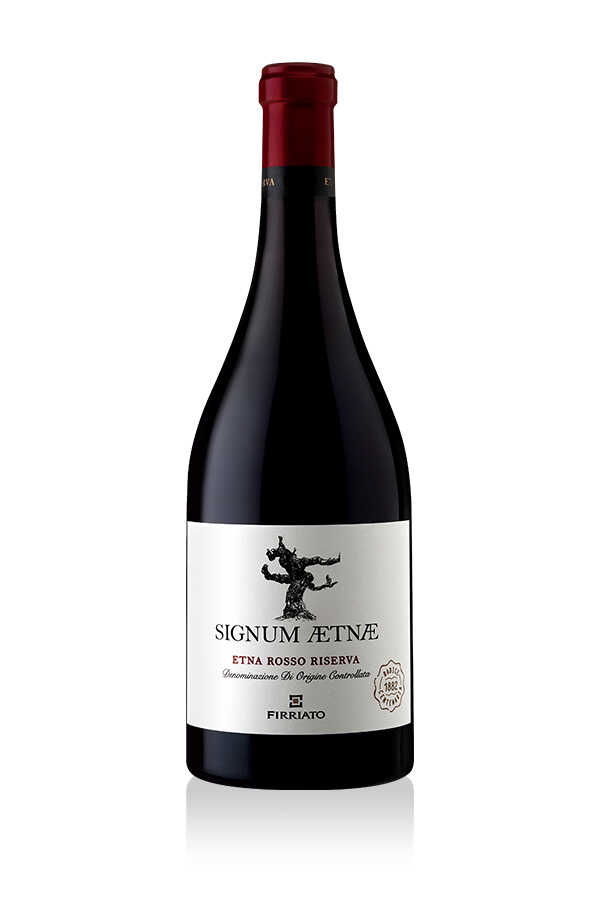