VINEYARD | Located in Randazzo, on the northern side of Etna in one of the great crus of the volcano, San Lorenzo. Anyone who knows the Girolamo Russo winery will have already tasted San Lorenzo. We are talking about one of the great Etna vineyards, but the most beautiful and fascinating thing is that in this case we are talking about a portion of vineyards, called Piano delle Colombe. Less than one hectare, precisely 0.70 ha, in which the plants are no less than eighty years old. The soil is the usual volcanic one, with sands and very rich in minerals. The training system is alberello, modified over the years to espalier to give support to the old plants. The production yield is very low, around 20 quintals, taking into account that we are talking about less than 4,000 plants in total. The altitude, as is normal in these parts, is truly remarkable: 750 metres above sea level.

PERSON | The company was born at the behest of Giuseppe Russo who in 2005 decided to continue in the family business. The dedication in his name is precisely to Girolamo Russo, his father and winemaker since forever. Born in Passopisciaro, one of the symbolic villages of Etna viticulture, Giuseppe has held firm some ancient roots used in making wine, but at the same time he wanted to build a modern reality thanks to which wines could be exported all over the world. The basic idea is to preserve the old vineyards, adding new rows and producing authentic, sincere wines, true creatures of Etna viticulture. In addition, Giuseppe wanted to keep the manual work of the past: short pruning, ploughing, hoeing, binding, sulphur and copper.

WINE | Although the ruby colour of young Nerello Mascalese is quite pale, here we find an extra point of density. It's not by chance. The concentration offered by the old vines can be seen right from the colour. Then the nose. Closed in the first phase, it opens slowly, initially offering delicious notes of small red fruits, then much more. And then comes the strawberry, then the blueberry, a touch of currant. And yet another spicy nuance, an earthy, acrid, almost bloody hint and then again an undergrowth finish. The mouth recalls in the flavours everything that the eye and nose have anticipated. The wine is enveloping, the texture is creamy. However, excessive softness is never felt, on the contrary. The minerals of the soil lend textbook sapidity, the acidity of the mountain is felt all right. And then the tannin, fine, well blended with the material, capable of giving rhythm to the sip. Finish of great depth, clean elegance. 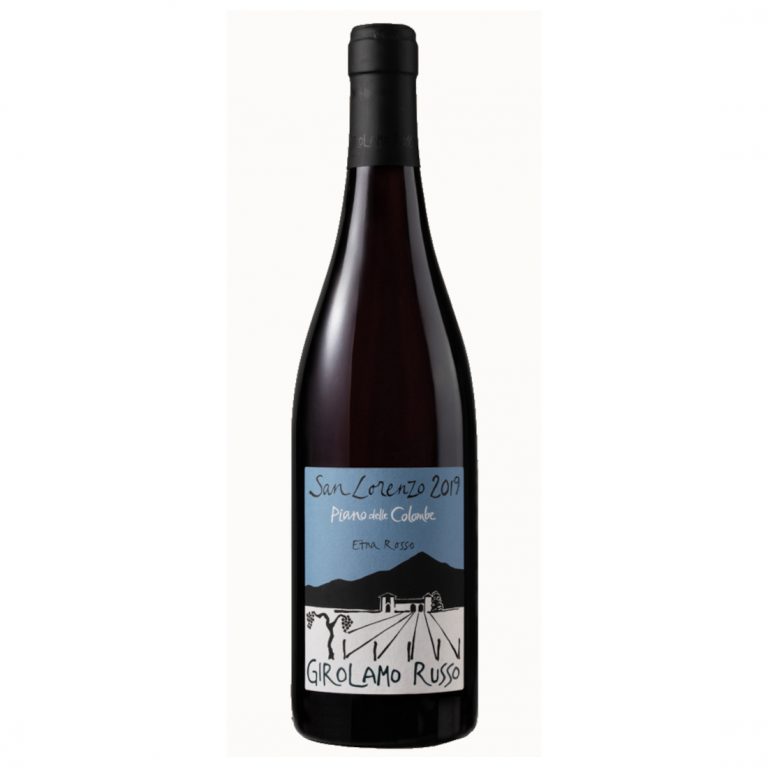