THE VINEYARD | Scala Fenicia produces the only Capri Doc bottled on the island, located at a stone's throw from the port of Marina Grande. The vineyards are suggestive, terraced, between dry stone walls and chestnut poles that rise five metres from the ground, above there are lemon trees. In short, we are looking at a real Mediterranean garden that allows us to rediscover the ancient winemaking vocation of an island today entirely devoted to tourism. The wine is the result of a blend: greco, locally called giunchesa (50%), falanghina (30%) and biancolella (20%). Size speaks for itself, in total half a hectare.
THE PERSON | It all stems from the intuition of Rome native Andrea Koch, with a degree in philosophy and a clear vocation for music. The name of his small winery is linked to the ancient Phoenician staircase, which through a long and steep staircase connects the port of Marina Grande and the town of Anacapri. Andrea treasured the teachings of winemaker Luigi Esposito, who took care of these old plants, for a white that honours the winemaking tradition of the island, and which has known numbers and dimensions that are very different from the current ones. Just consider that the Doc arrived as early as 1977.
THE WINE |  The Capri Bianco matures in steel tanks and matures in the bottle until May of the year following the harvest before being put on the market. The nose is very original, ranging between light tones of hydrocarbons, flint and delicate iodised sensations; the fruit is only in the background. The palate? It feels like drinking liquid rock. It is imbued with mineral sensations, hints of Mediterranean herbs and a delicately citrusy finish with very long persistence. Original, nuanced, it has a musky character and very fascinating cadence and rhythm. 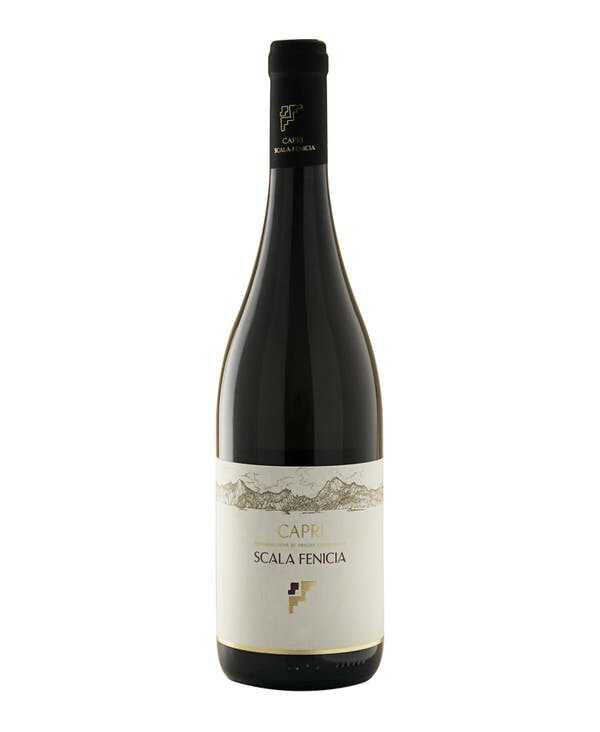