VINEYARD | You look around and you think that you have landed on Mars. Higher up there is only lava, and, rarely, some plants. We are on Mount Etna, above Bronte and west of Randazzo. The panorama is wide, to say the least, and ranges from the Nebrodi Mountains to the volcanic cone. Located at 1200 meters above sea level, the Nave contrada - volcano's unit of measurement -features a sandier soil than elsewhere, also thanks to the constant whiffs of mountain air. "In the first year of production, I counted 72 eruptions,"says Stef Yim. The cool Ripiddu provides the backdrop to ungrafted Grenache (yes, you read that right) saplings, of which 60% are over 100 years old. The yields are extremely low: in the 2019 vintage, about 1166 kg of grapes were harvested from one hectare.

PEOPLE | Stef was born in Hong Kong to a Japanese mother (she used to run a ramen restaurant in Nagoya). He cut his teeth in Los Angeles restaurants as sommelier and then studied enology in California. "I fell in love with Etna by blind tasting so many wines. There was an appeal in the glass that I couldn't find elsewhere, an energy that fascinated me. Such high altitudes and a fresh volcanic soil, old plants and so much beauty: there's no such thing around."  And so, in 2014 he bought his first plots of land, and in 2015 the production of the first handful of bottles. Wind fermentation and native yeasts, small quantities of sulfur: "I want clean and original wines, able to tell Etna beyond the grape variety".And, before the tasting of his wines, Stef usually rubs two rocks of the single cru, that bring with him also during his trips abroad.

WINE | 1200 Metri has the gift of the best Etna wines: unpredictability. Beside the aromas, its modulation is surprising. It opens sullenly on rhubarb and root tones, with very dark balsamic tones, and becomes mute after a few moments. Then, it starts again on tones of juniper and wilted violet, creamy and full mouthfeel, between small berries and a very tasty note of friggitelli, pepper and aged black tea. After a few minutes in the glass, it is yet another wine: it sticks strong and fades lightly. So much so that many would mistake it for a Nerello Mascalese, for the aromatic intensity, the small quantities of the tannins, and for that soft and undulating evolution. The territory is more relevant than the grape variety. The 2019 is only the second vintage produced by Stef that, however, has already reached an impressive level. Among the other crus divided by altitude, watch out for Centenario, mirror of the Feudo di Mezzo district.

Pairing
porcini mushrooms of Mount Etna on the grill or some tagliolini with black truffle. 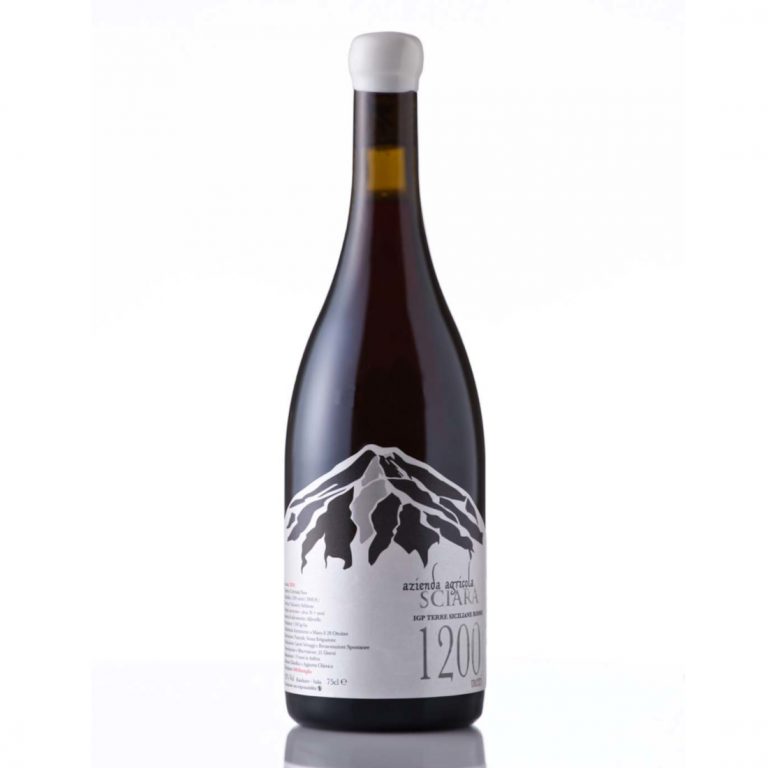