World Chefs Tour: the great chefs of the world like rockstars. Nine months of event dinners, Italy runs with Bottura 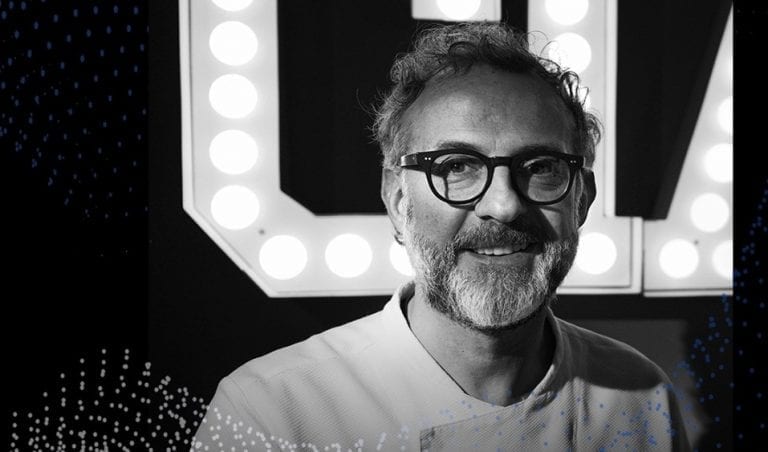 Starting with Madrid, the first edition of a kermesse dedicated to gourmands throughout the world willing to spend high amounts to discover the cuisine of the most celebrated international chefs. Nine chefs for nine months in pop-up restaurants of the World Chefs Tour 2020. In a few days bookings will be open.

The idea behind the World Chefs Tour

Nine is the key number for deciphering the simple operation of the World Chefs Tour project, a format that, as the name implies, involves a team of international chefs and takes them around the world, starting from Madrid (but the idea will replicate in the coming years in other big cities, like London, followed by New York, Dubai, Milan and many other international destinations). Almost like rockstars, and with results not too distant from the triumphant tour of someone like Bruce Springsteen, or the like. Nine renowned chefs for a limited edition gastronomic experience, for exclusive use of a "fan" audience, having the opportunity to experience the cuisine of their heroes at dinners in which the chefs take the lead in an exclusive pop-up restaurant, set up for the first edition at the Hotel Villa Magna, in the Spanish capital.

The cost to participate in the event leaves no doubt about the level of the event, with prices ranging between 750 and 990 Euro per person to ensure one of the 80 spaces available to guests, and a 7,000 Euro subscription to take advantage of the complete package, thus enjoying the cuisine of all nine chefs involved (but 10% of the amount collected, as the organizers specify, will be donated to charity in support of humanitarian causes each advocated by the individual chefs). The dinners will take place over the course of nine months, starting in January 2020, but online reservations were open as early as October 8, as announced by the countdown on the initiative's website. Each of the protagonists selected by the creators of the event––Rocío Herrero Pidal, Nicolás Luca de Tena and Yago Cachafeiro––will remain in office for a week, travelling to Madrid to lead the World Chefs Tour restaurant.

For Italy, from March 16 to 21, Massimo Bottura is expected; but in choosing the cooks involved in the tour, as the organizers said, the starting criterion was common. The objective? Guaranteeing to an inveterate gourmet audience (often willing to travel to visit the most celebrated restaurants around the world) the opportunity to discover the cuisine of great chefs without being subjected to the impossible waiting lists that are inevitable when the chef in question is Mauro Colagreco, Angel Leon or Massimo Bottura. And saving customers from covering distances of thousands of kilometres. In addition to Massimo Bottura, the first edition will involve Mauro Colagreco (Mirazur), Julien Royer (Odette), Masish Mehrotra (Indian Accent), Rodolfo Guzman (Boragò), Mitsuharu Tsumura (Maido), Jorge Vallejo (Quintonil), Vladimir Mukhin (White Rabbit), Angel Leon (Aponiente). Everyone, with the exception of Leon chosen to represent Spain, was selected for the presence in the 50 Best Restaurants charts (continental or global).