What can wine teach the world of food? 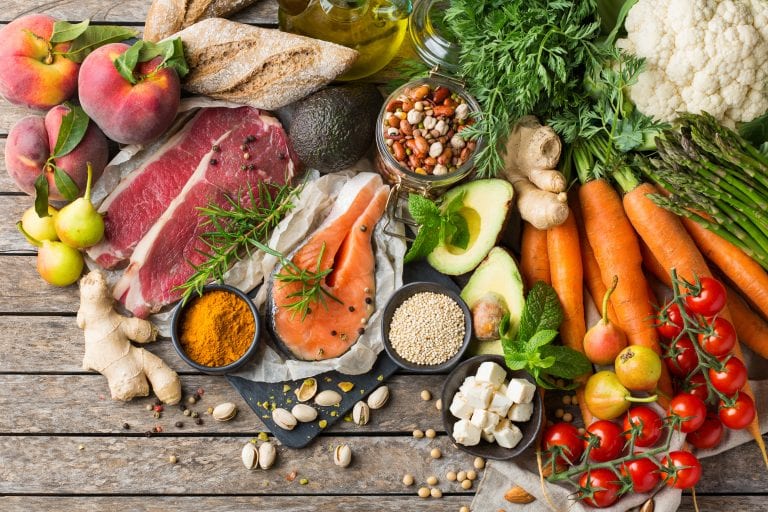 In a world where people will eat increasingly less and with greater attention to nutritional values, differentiation will be the necessary condition for success. A path that wine has already travelled, but that other products find difficult to undertake. Minetti of Well Com: "In the wine sector, legislation and research have become marketing leverage"

With exports projected towards 7 billion euros with growth and production value of 9.2 billion euros, wine has established itself in the agri-food sector as a champion, capable of establishing itself on the market in terms of price, recognition and added value. Which food products have been able to do the same? And what could be the "wine" of the new millennium, in terms of results? We talked about this with Francesco Minetti, who knows both sectors very well, as CEO of Well Com, the Italian food & wine communication agency with thirty years of experience in the field.

In a purely Hegelian process, we immediately question our thesis: does the agri-food world really have to learn from wine?

The data available to us says that wine today accounts for 10% of the total agricultural production as turnover, and 20% as added value. Hence it's irrefutable that wine is the sector capable of creating the most surplus. And it is because wine has managed to move from commodity - that is, a fungible and perfectly replaceable product - to differentiation. We think that, until the 1950s, a liter of wine was simply a liter of wine, which was mostly given as compensation in kind to farm labourers. Today consumers - even the less informed - no longer ask for a generic wine, but rather for the wine of a grape variety, a territory, a denomination, even as far as requesting  additional geographical mention or a specific brand.

Is it solely thanks to the product alone, or is there more to it?

To understand the change of course we have to go back in time, to the 1980s, when there was a driving force, namely the "methanol scandal." It's from that moment that the ascent began. Paradoxically, in fact, the scandal was an actual boost for consumer protection legislation with the proliferation of designations of origin, rigid production regulations, increasingly sophisticated verification and control tools. The legislation was then interpreted as a veritable marketing opportunity to link the product to a territory, finding differentiating and non-transferable assets, which were and are impossible to reproduce anywhere else.

So it would take another "scandal" also for food products to be able to achieve the same goals as wine?

There is no need to go that far. It would be enough to have more restrictive legislations. We think that if today we know everything about wine (denomination, region, grape variety, place of production, history of who produces it), for a product like olive oil, the legislation allows us to write on the label, as a differentiating element, "made from Italian olives." It's clear how far behind we are: light years.

And this, it goes without saying, is also evident from the price...

Wine has been one of the few sectors in which producers have dared to ask for and propose a price completely that's detached from the cost of production: not simply an agricultural price, but linked to an intangible element that is the hand of man. It was an act of courage and awareness that is hardly seen with other products. Can you imagine a bottle of olive oil costing over 50 euros?

Therefore, differentiation and price are the strengths of the wine sector. But is there anything else for which wine can be considered a model?

I would say research: both agronomic and oenological. There are no other products so far ahead in regards to studies and data on soil composition and vegetative phases, recovery of forgotten grape varieties and plant genetics. The level is also high in the cellar. Think of the containers: if in the 1990s the leitmotif was large oak or small barrel, today the research has been greatly expanded to include, for example, recovering the tradition of amphorae. I challenge other sectors to have such an in-depth debate on containers. Let's say that today these issues are largely absent from the mainstream food debate.

Are there agri-food products, let's say more "virtuous" than others, today?

Both the cheese making sector - think products such as Parmigiano Reggiano, Grana Padano, Asiago - and the charcuterie sector, from San Daniele to Parma ham, all are working well. For some time now, these productions have begun to mark the differences of production area, supply chain and aging driven by strong and qualifying designations of origin. What is missing is the approach to the market, which is usually delegated to the Consortium, without the will to affirm corporate brands, like for wine. Of course the work of cooperatives covers a piece of the road, but it cannot travel the last mile.

The milling sector of processing grains into flour and pasta has also done a lot: here the rediscovery of ancient varieties and a strong link with quality dining has brought attention to differentiating aspects. Consider that today many would no longer buy refined flours without questioning the alternatives available.

Looking ahead: from what agri-food product can we expect great news in the near future?

I would bet on the colonial sector: chocolate and coffee which at first were undoubtedly pure commodities. Here the great work of traceability of the supply chain that is being carried out must be emphasized, which leads for example to the phenomenon of single origin. The result is that in big cities a growing number of micro-roasters and places where you can taste different types of coffee are being born. Of course we are still in the year zero: at the moment there is no habit of asking at the coffee bar counter for the type of coffee desired, the blend, the roast, the extraction. But if we think about it, it's the same thing that happened with wine 50 years ago, when we were simply asking for a white or a red.

Among the products that have been growing the most in recent years, there's beer. Think of the many micro-breweries born throughout the national territory...

The sector has certainly made many steps forward, despite the fact that in Italy we are not big beer drinkers. This is probably the sector that most of all is taking its cue from the world of wine. But it's curious that a fundamental element is missing, which is legislation, so much so that there are many examples of fakes linked to the territory, where territoriality is only in the name. A phenomenon that in wine would be risking serious legal consequences.

So far, however, we have assumed that wine is the example to follow. Yet, there is an element that must be taken into account: except for special cases mentioned above (beer, coffee, chocolate) and unlike wine, food products are basic necessities and not commodities...

It was true in the past: for a million and a half years people ate for physiological need, according to Maslow's pyramid, but little by little we went from food consumption to a hedonistic consumption, which then turned into a cultural expression. Now, however, things are changing again. We live in a world of great overproduction and competition. Furthermore, the more time passes, the more our caloric needs will progressively decrease, as we will move increasingly less and the heavy work will be more performed by machines and artificial intelligence.

So will we eat less and less?

One thing is certain: our bodies will need less food. And this will lead us in the near future to another type of consumption, which I would define nutritional, opening the frontier to two polarized groups: on the one hand the so-called disinterested, on the other the fetishists. The former will increasingly give up cooked foods and resort to supplements (the so-called nutraceuticals).

Fetishists (to which I belong) will develop an almost fanatical and exclusive admiration for the food product or the producer. They will be much more demanding in regards to traceability throughout the supply chain, they will want to know everything about what they eat, since they will eat much less of it. In this future world, the new gurus will be the farmers (up until now it's been the chefs) and food will no longer be a necessity, but will in effect be a luxury item. Like wine is today. With the difference that the latter has already overcome the challenge, while food still has a lot to say.