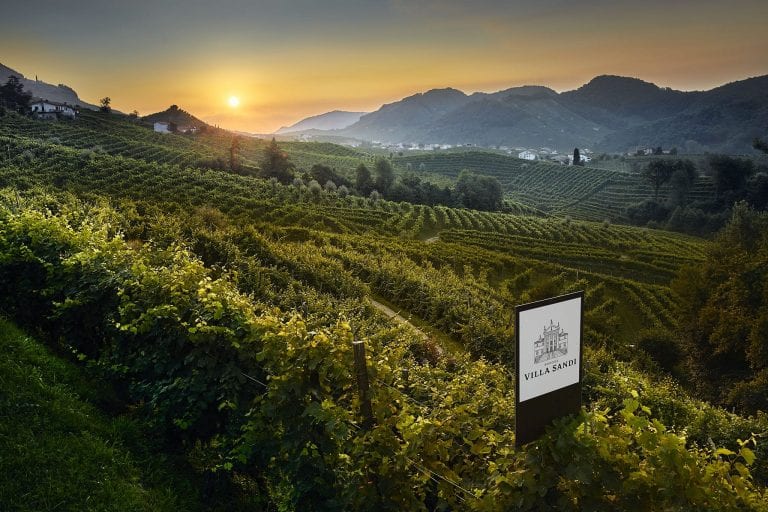 Fresh, versatile, lively bubbly: Prosecco is one of the most appreciated Italian wines all around the world. Here is the successful story of Villa Sandi, a top quality winery in the Prosecco area and the whole Veneto.

Approximately two years ago, in an interview, we asked Giancarlo Moretti Polegato, what challenges would his creation, Villa Sandi, face. He replied: "Among the main objectives is to expand our distribution network abroad, especially in Asia, where we have great confidence that Italian wine, especially Prosecco, can have a greater success than the present one" . We can safely say that this challenge has been won, as confirmed by Flavio Geretto, Villa Sandi's export manager, "out of about 5.3 million bottles produced annually, today those sold in Asia-Pacific are as many as 800,000". 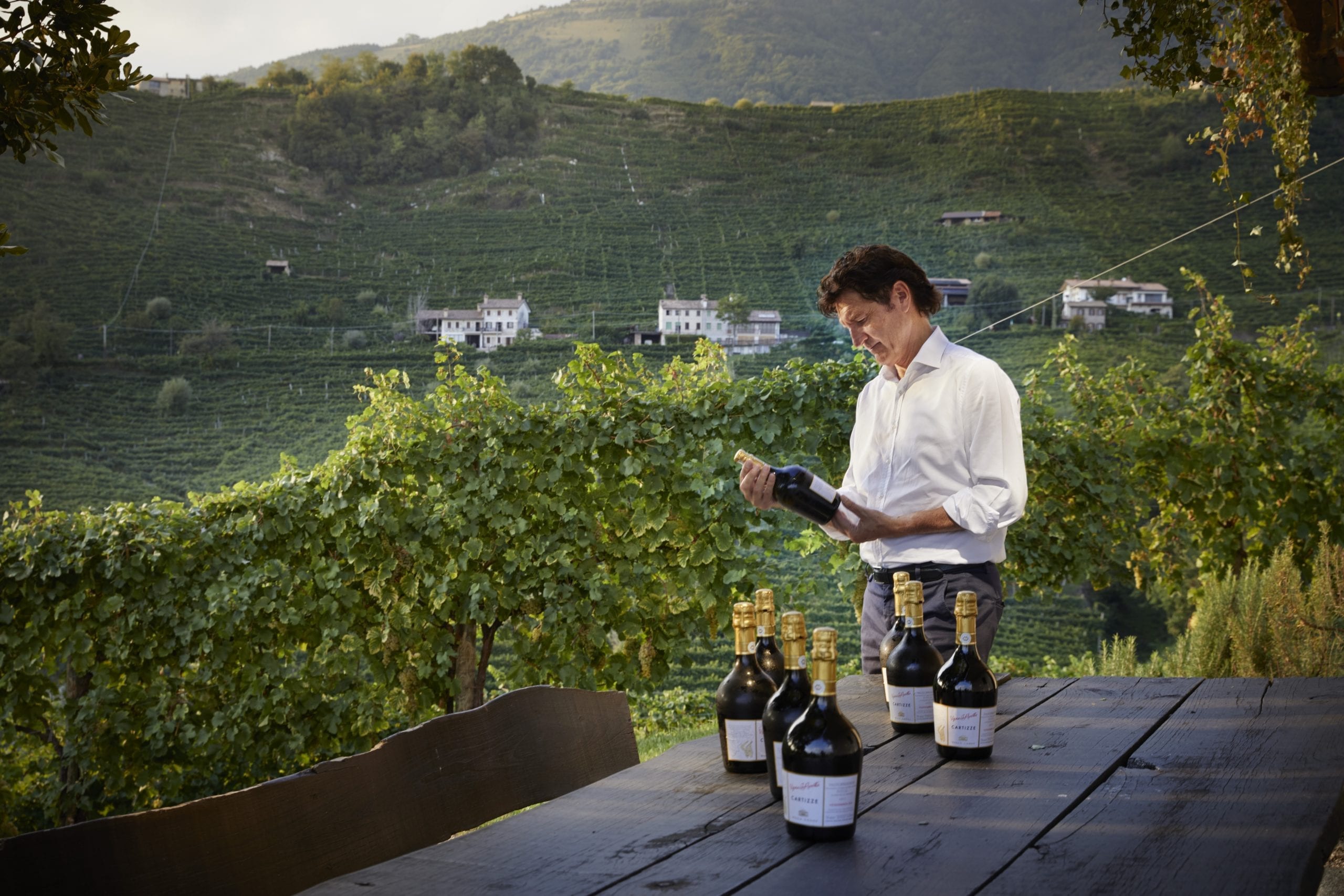 Villa Sandi is one of the most important wineries, and not restricted to the Prosecco area, but in the whole of Veneto. The Moretti Polegato family (partner with Giancarlo, his wife Augusta Pavan, marketing director, and his daughter Diva, international brand ambassador) have been running the company since 1975. Today the vineyard (160 hectares of property, to which a further 400 hectares of trusted suppliers are added) extends over the hills that give life to the prestigious DOCG of Prosecco, Valdobbiadene, also with its cru Cartizze, and Asolo. This deep bond between family-wine-territory is one of the main characteristics of Villa Sandi, a peculiarity that in the world of big Prosecco companies is now almost unique.

With Flavio Geretto, we took stock of the situation of Prosecco in Asia, with a focus on Japan, a country that proves increasingly able to exert a strong appeal on Italian producers. "The bottles that we export to the Japan are about 100,000, with our two brands, Villa Sandi and La Gioiosa, 15% of which are Prosecco DOCG, an excellent percentage considering that these wines have limited circulation compared to the simplest Prosecco DOC". The trend of the most famous bubbles in the world is growing in Japan, which, among Asian countries, has started to learn about and consume wine with several years in advance: "There is a historical love for classic method sparkling wines, so much so that the first product exported by Villa Sandi on the Japanese market was our Classic Method Opere Trevigiane in 1994, we started with Prosecco only in 1997. Since then we try to market our wines, explaining the difference between refermentation in the bottle and the Martinotti-Charmat method, the different organoleptic characteristics that the two production methods convey to the bottle". 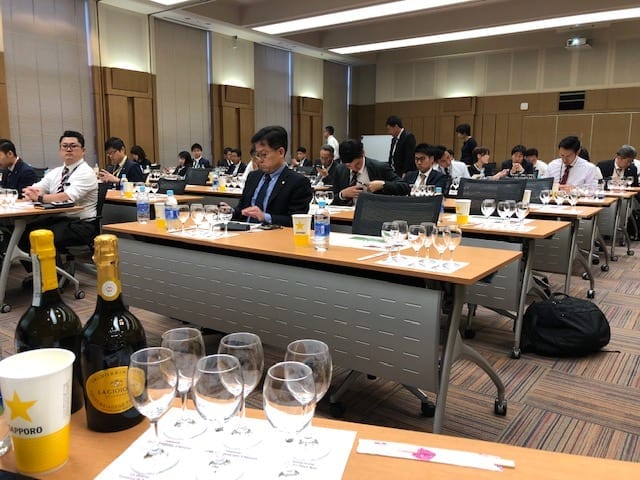 But what are the strategies that Villa Sandi puts in place to penetrate this market? "Today Prosecco is everywhere and the merit of this success is also ascribed to the Protection Consortia who have worked hard for this result. We at Villa Sandi think that the best thing is to promote Prosecco culture: we organize many educational events dedicated to Prosecco, where we don't simply talk about the wine, we rather transform it into the key to understanding the territory". Geretto continues: "Too often when abroad we hear talk of Prosecco we generally think of Italy, and not of the Veneto region, we want to eradicate this misconception and we want to make it clear that this wine is exclusively the result of a precise area: when we talk about Prosecco we want foreign consumers to think of Veneto, Valdobbiadene, Asolo.The extra edge of Villa Sandi, then, is that all this is firmly connected to a family, the Moretti Polegatos, who for generations have strongly believed in this territory".

Villa Sandi is perhaps the only company that produces Prosecco in all its denominations: so in addition to Prosecco Doc, the range includes several Valdobbiadene, (including millesime versions and a Rive), two Cartizze (one of which is the Vigna La Rivetta, a veritable signature wine of the company), and Asolo and Asolo Superiore, wines that come from different denominations and territories, concepts that are often marketed with difficulty in the most distant markets: "our purpose is precisely this and the master classes in which we are investing serve to convey that the wines that come from Valdobbiadene are fine and elegant, those that come from Asolo are more structured, gastronomic, perfect companions at the table, while Cartizze represents the Cru of Prosecco, a hill with unique pedoclimatic characteristics in which the glera grape expresses itself to its fullest potential. We explain that the yields per hectare in these territories are lower, and this has an impact on the wines' organoleptic qualities, which generally have increased complexity compared to Prosecco DOC". This also affects price, which is usually higher, "but ––explains Geretto – in a mature market like the Japanese one, this is not a problem, rather it represents an opportunity. The Japanese are curious and more and more stimulated in purchasing premium products, especially when these wines are included in A-level restaurant wine lists".

And we close precisely on dining: "Prosecco's success is also due to its extreme versatility; its freshness, lively bubble, floral character and pleasantness that make it the perfect wine for the dishes of a thousand-year-old gastronomic tradition like Japanese cuisine”. With Flavio we decided to play with the combinations of Prosecco DOCG and Japanese preparations: "sushi and sashimi are perfect with Cartizze Vigna La Rivetta, while Valdobbiadene Millesimato accompanies tonkatsu (fried and fried pork cutlet). Unagi (eel) or Teriyaki salmon pair beautifully with Valdobbiadene Rive di San Pietro di Barbozza; with chicken karaage I would instead pair the Asolo Superiore. These pairings are examples of what we offer during our master classes in Japan: this is an aspect in which we firmly believe".