Up and coming chefs. Andrea Leali and Michelangelo Mammoliti 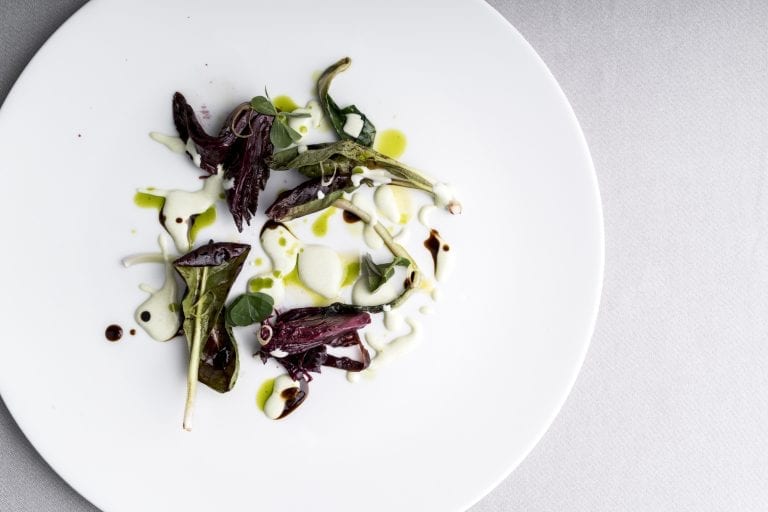 The four-handed dinner at Casa Leali in Puegnago sul Garda was an opportunity to learn more about the two emerging Chefs for our Ristoranti d'Italia guide, Andrea Leali and Michelangelo Mammoliti.

With lots in common, Andrea Leali (Casa Leali in Puegnago sul Garda) and Michelangelo Mammoliti (La Madernassa Resort in Guarene) were both rewarded by our Ristoranti d'Italia guide as emerging Chefs, one in 2018 and the other in 2019, both far from the spotlight and the nightlife of the big cities, both pursuing the path of quality and haute cuisine, tightening iron pacts with local producers to get the best ingredients.

And so, the two have organized a four-handed dinner, almost passing each other the baton of emerging Chef, even if they are now no longer emerging, having in the meantime grown and fully aware of their craft.

Key points of the two young chefs are territory and creativity. A laid back creativity, although often quite aggressive (let's think for example of Andrea Leali's dish of macerated radicchio, stracchino and spring onion), but always in constant discourse with customers and their satisfaction.

Fulfillment that also passes on the quality of ingredients used and on simplicity, or out in the words of Michelangelo Mammoliti, on minimalism (in this case the thought immediately falls on Apollo, spaghetti that the Piedmontese chef cooks in a baked chicken reduction).

Two kitchens that share the same basic principles and both are spokesmen for two of the most gastronomically interesting areas of Italy, Langhe and Garda. A beautiful responsibility that for one evening they shared with the carefree youth, and at the same time with the lucidity of the great chefs. Let's get to know them better.

Apollo - Spaghetti Pastificio dei Campi cookied in a roast chicken reduction, like the aromas of Sundays