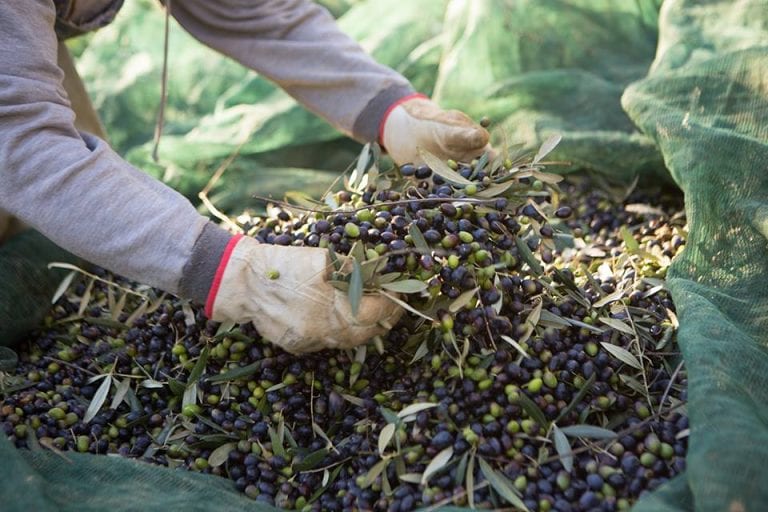 Florence and the Chianti hills, Siena and its picturesque countryside and unmistakable colours, Grosseto and the wonders of the Maremma region: to each landscape, its own olive culture. Tuscany and olive oil.

First place in our guide Oli d'Italia 2019 (for the first time in bilingual version), with as many as 33 oils awarded with Tre Foglie, the highest award for extra virgin olive oils. Tuscany is a region that knows how to assert itself even in the most difficult years: we saw it last year, the result of a critical vintage, and confirmed this year, after an even more difficult year, characterized by adverse weather conditions, extreme weather events, frosts and heavy rainfall that diminiesh production by half in different areas, Puglia and Lazio in the first place

Many difficulties, especially for the frantoio variety which, unlike moraiolo (which is resistant to frost), suffered substantial damage. In the Florence area revealed the best fruits, healthy and with very little fly damage, and equally in Valdichiana. The most critical consequences, on the other hand, were in the Lucca province, where the frost––after the mild temperatures that had already made the plants grow, then followed by a dry summer––created various problems. 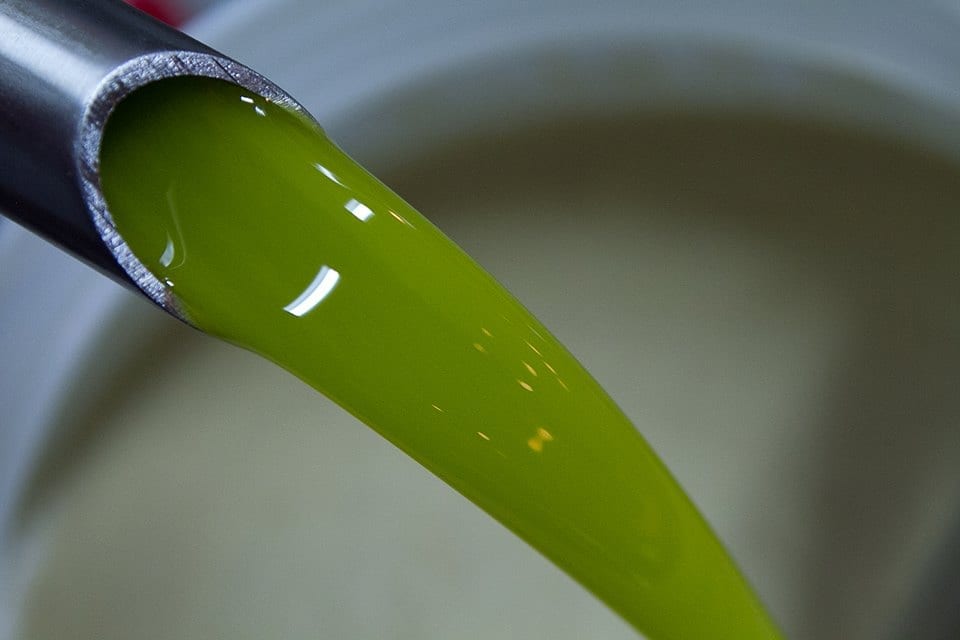 Let's take a look at the best olive groves and farms, those that earned the special prize. Fattoria Ramerino in Bagno a Ripoli, for example, with its frantoio monocultivar was awarded best medium fruity. The company has been led since 2000 by Filippo Alampi, who took over the plants that survived the great frost of 1985, converting the regimen to organic farming and investing immediately in quality.

A total of 5500 trees, mostly from Tuscan cultivars, which give life to elegant olive oils with a complex aromatic profile. The winner, the Monocultivar Frantoio, is an extra virgin olive oil that stands out for its strong notes of artichoke, aromatic herbs, cypress, nuances of dried fruit and a nice balsamic sensation. A green and persistent fruity olive oil, that's balanced in spiciness and bitterness.

Giacomo Grassi, the art of monocultivar

Giacomo Grassi, with the Monocultivar Olivo Bianco, won the prize for best mono-varietal olive oil. Located in the heart of Chianti Classico owning 4,000 plants spread over 6 hectares of land, to which are added trees purchased in the neighbouring territory. The farm is specialized in monocultivars, and is committed to bringing value to the different local varieties.

Olivo Bianco is an intense green fruity, that's quite bitter and with a good spicy component (slightly more tenuous than its bitterness bitter), which opens on the nose with sensations of tomato, arugula and aromatic herbs, which together with a lash of green apple create an intriguing and enveloping aromatic tissue. The note of pepper and the pleasant balsamic taste are also confirmed on the palate. 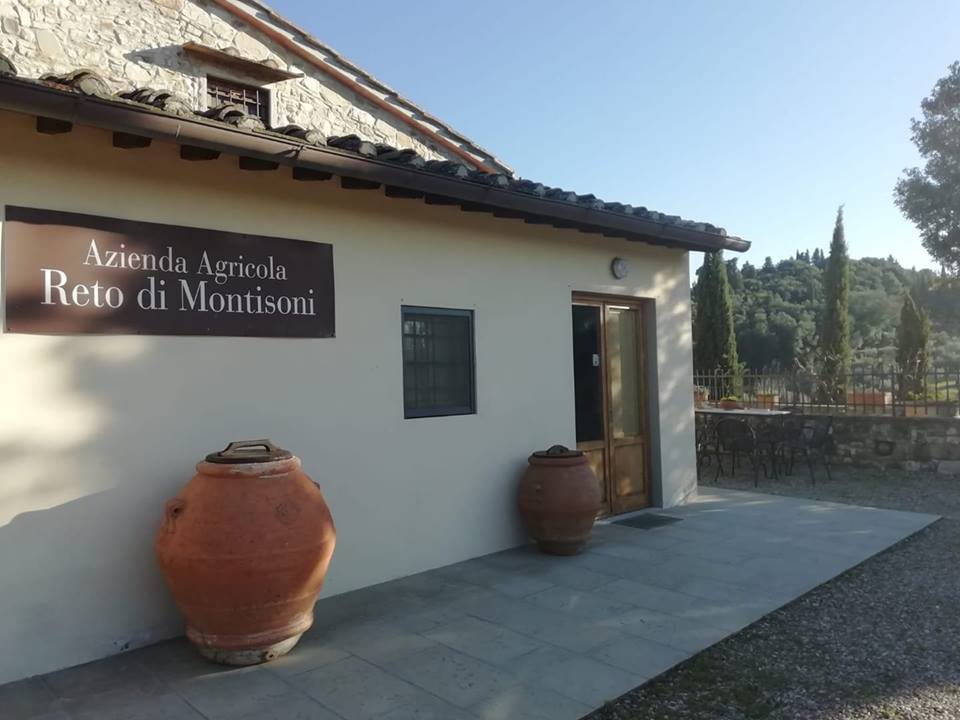 Again in Bagno a Ripoli is Reto di Montisoni, a fatm located at the foot of the 17th century monastery by the same name. The direction is entrusted to Andrea Fiani, who continues the family tradition begun by his grandfather, a sharecropper who later bought the farm, and then taken over by his son. Eight hectares in total, of which six are olive groves, for a total of 1,800 plants.

The recognition in this case is for the best IGP olive oil, with organic Toscano IGP, a medium fuity oil with a rather vegetal character, characterized by notes of arugula, almond and wild chicory. A beautiful extra virgin all played on elegant and persistent notes of bitterness, with a more delicate and subtle spiciness. 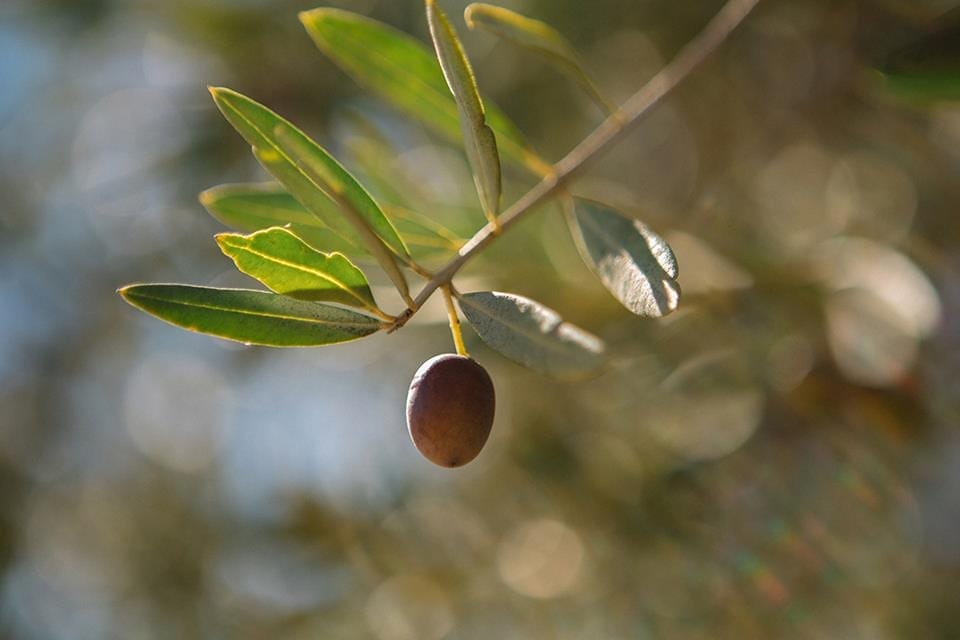 Olive grower of the year: Fèlsina

The olive grower of the year award goes to Fèlsina, a charming estate in the Chianti Classico area that has been involved in the production of quality extra virgin olive oil for over 15 years. With exceptional results, thanks to the work of Giuseppe Mazzocolin and Giovanni Poggiali, who manage the ownership of one thousand hectares, of which 116 are olive groves. The 11,000 plants (leccino, moraiolo, raggiola, pendolino) are curated by the agronomist Alessandro Chellini. 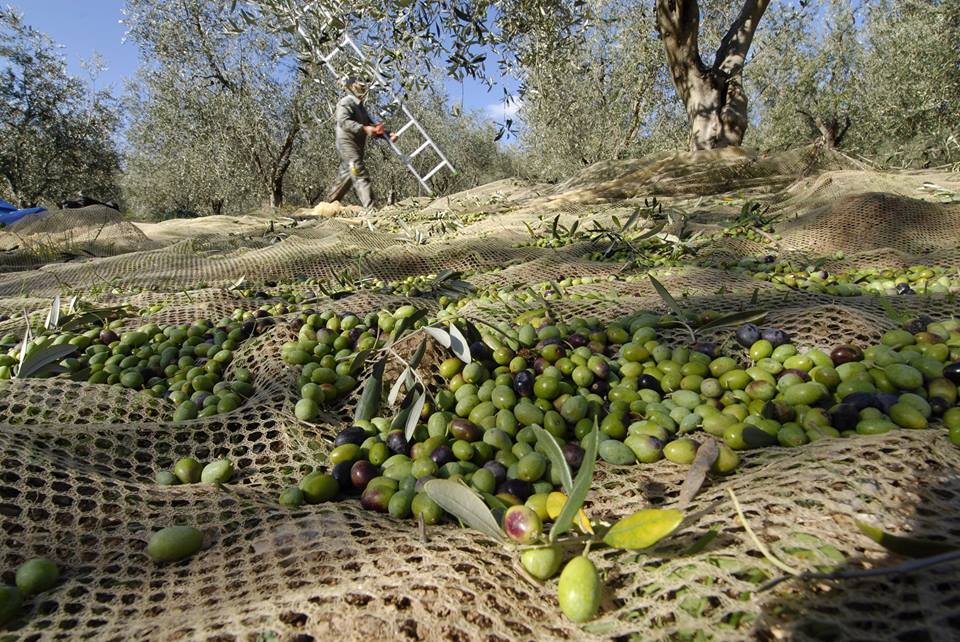 Farm of the year: Frantoio Franci

Giorgio Franci is one of the most famous producers in the Italian olive oil scene, and this year he won the prize for the best farm of the year. Frantoio Franci is a company that doesn't need much of an introduction, churning large numbers and always a reference point for local producers. In the heart of the Val d'Orcia, Giorgio lovingly cares for his 15,000 plants on 65 hectares of land, buying additional olives to produce 1500 quintals of olive oil (half of which were obtained from his own olives).

Three oils of great character and intensity: Villa Magra Gran Cru Monocultivar Correggiolo, with its nuances of artichoke and arugula, grass and almond, embellished with a strong note of pepper, all played on balsamic notes. And then Villa Magra: almond, pepper and elegant balsamic sensations are the nose of this extra virgin with medium and persistent fruitiness. Lastly, Monocultivar Moraiolo, balanced and once again faceted in its herbaceous hints of artichoke and arugula. We couldn't avoid listing places to eat well, and that lend careful attention to the selection of olive oils. Take Olivia in Florence in Piazza Pitti for example, which is an olive oil shop with a kitchen, opened in 2016 by the olive oil brand Gonnelli. Or Osteria Vecchio Mulino in Castelnuovo di Garfagnana, in the province of Lucca: an old-time trattoria where you can taste authentic Tuscan cuisine, and where every dish is prepared with high-grade oils. 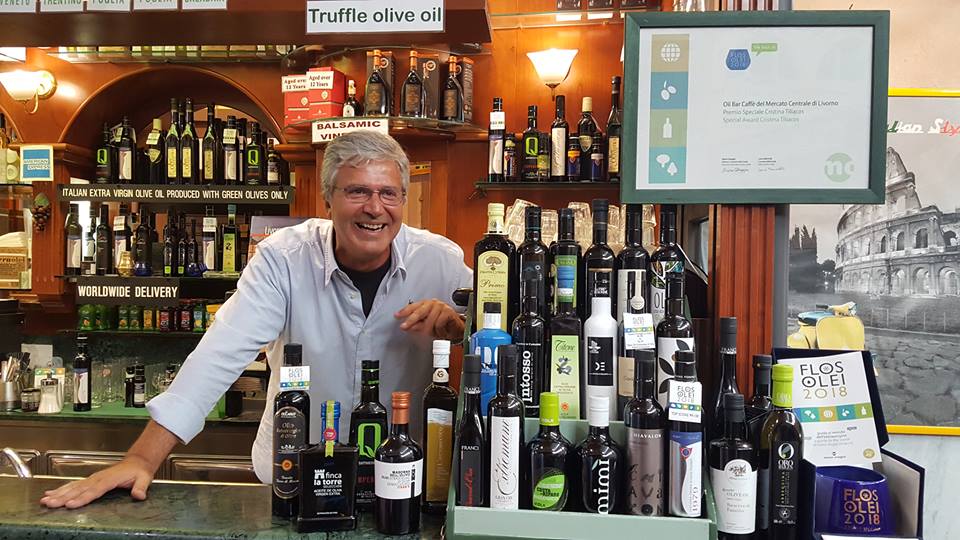 Again in Florence, to buy good olive oil, head to La Bottega dell'Olio in Piazza del Limbo, a specialized shop with a good selection of oils, but also vinegars, niche specialties and kitchen utensils. Equally, Baroni at Mercato Centrale, which combines prime olive oils, spices, homemade pasta, preserves and other high-quality products. In Livorno, on the other hand, there is the Oil Bar Caffè at the Mercato Centrale, an original format that combines tasting (and purchasing) olive oil with the classic bar offer (which here is even richer with their delicious bruschetta).

You can buy Oli d'Italia 2019 online by clicking here