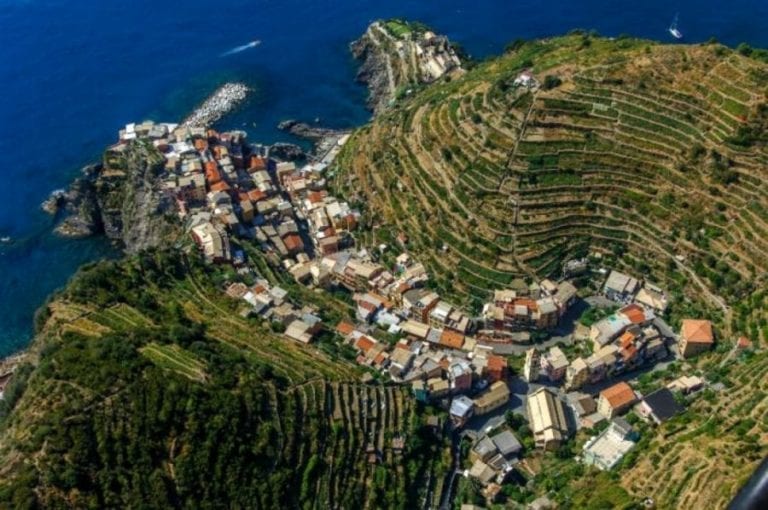 The previews of wines awarded by the Vini d'Italia 2020 guide by Gambero Rosso continue. It is now the turn of Liguria.

The quality potential of Liguria wines is quite remarkable, but as it often happened in the past, regional wineries preferred taking shortcuts. Now, however, attracting the attention of tasters and consumers is a host of producers who every year manage to offer up a wide range of great wines. Furthermore, there's a quality hierarchy that's clearly emerging in the wine sector. We are not just talking about companies that have managed to create loyalty around their brand, but also wineries that, although still little known to the general public, are now increasingly able to provide a high quality production average.

Liguria: between Levante (East) and Ponente (West), a land of great whites

In this long, narrow strip of land stretching between Sanremo and Sarzana, wedged between sea and mountains, white wines of absolute excellence can be born. The traditional Liguria vines are vermentino and pigato. Despite DNA analysis certifies that they are the same grape, the two give birth to whites of quite different character. Generally speaking, pigato is richer around the edges and has personality, while vermentino is more elegant and linear.

In truth, western Liguria (Ponente) has also operated a marketing choice: Pigato is the great corporate wine to which, among other things, the most suitable plots are also dedicated; while Vermentino is considered as a second wine, without, obviously, any genetic backing for the consideration.

The situation changes drastically when we move to the east of Genoa (Levante). At this point the vermentino, without suffering any competition from the pigato, remains the most important of the cultivars planted.

In this edition, the region is awarded an additional Three Glasses, for a total of 8 award-winning wines, equally divided between the West and the East. The Dolceacqua area is confirmed at the top, which is awarded two Tre Bicchieri with two historic companies from Rossese (Maccario Dringenberg and Terre Bianche). We like to also remember Fontanacota, a highly qualified winery, which returns to the top tier after 7 years. But our biggest applause goes to Zangani who enters into the ranks of the newly-honoured and, above all, to a magnificent version of Colli di Luni Vermentino Etichetta Nera of the Lunae Bosoni winery.