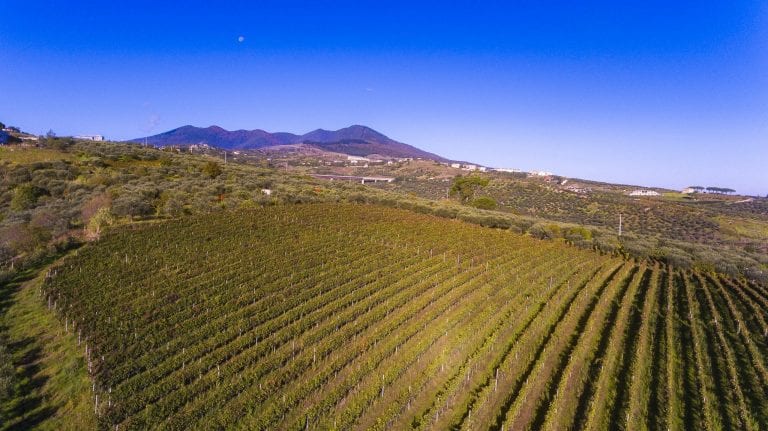 Winner previews of Gambero Rosso Vini d'Italia 2020 guide continue. Today we land in Basilicata, to reveal the wines that have conquered the Tre Bicchieri top recognition.

Five great Basilicata wines gained our maximum recognition, but perhaps the most important news is that as many as eighteen garnered access to our finals tastings. This testifies to the state of health of regional oenology, despite the difficulties of an Italian market which is certainly not brilliant, and an international market to which only very few regional realities have access to.

Five high-level Aglianico del Vulture, confirming the central role of the Vulture terroir in regional enography. The winners are the historic Paternoster, with a very classic Don Anselmo '16, which won over an excellent Synthesi '17 that threatened to steal the show. A similar case happened with Cantine del Notaio, where the fragrant Repertorio '17 surpassed the richer and more concentrated La Firma '14, and to that of Terre degli Svevi where Re Manfredi '16 won over the more complex yet evolved Serpara '15. Elena Fucci's Titolo '17 is confirmed with a sparkling version, and the Gricos '17 by Grifalco of the Piccin family returns to its laurels, proudly and with great enthusiasm carrying on the mission of the founder Fabrizio, and unfortunately recently passed away. Close behind these names, however, are many wineries in the running, in the Vulture as in the Matera area, to which we want to give the visibility they deserve.

Matera and Tre Bicchieri in Basilicata

2019 saw Matera as European capital of culture, and this event attracted millions of visitors to the Città dei Sassi cave dwellings. Visitors from all over the world have had the opportunity to taste the wines of this region and its gastronomic specialties as well as admire churches, museums, monuments and natural landscapes of which the region is very rich. We hope that this great opportunity will be the starting point for a new Basilicata wine country, which will succeed in obtaining the visibility it deserves internationally thanks to its extraordinary products.

The arrival in the region of investors and important wine groups from other territories, such as the Italian Wine Group, Feudi di San Gregorio, Fantini and Piccini, to mention a few, is a positive sign, which underlines the value of these terroirs and we hope will contribute to bringing Basilicata wines on increasingly important stages. But above all it's a stimulus to all those regional wineries that have the potential to grow in numbers and quality.