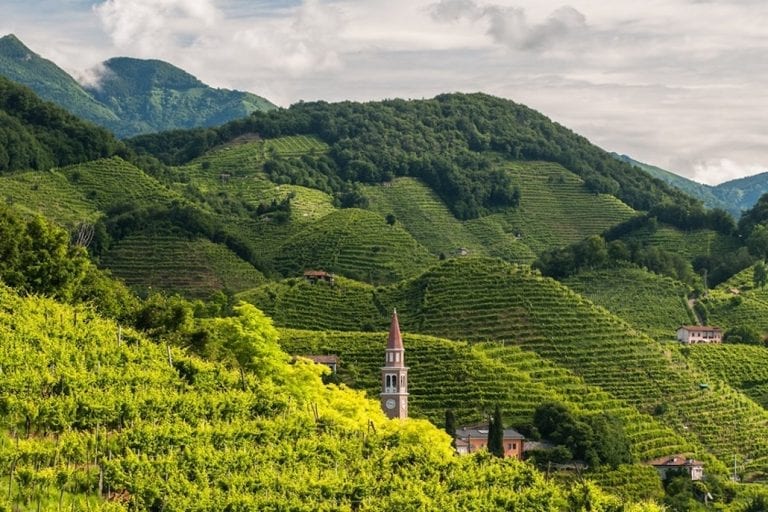 Interview with Ersiliana and Antonella Bronca. Sisters who, in our opinion, produce the best bubbles of the year.

The Bronca sisters, Ersiliana and Antonella, have given life to a winery that sails against the current in the rough sea of Prosecco. Since the beginning, more than thirty years ago, the choices were made by looking at a distant horizon even if the peasant pragmatism would have suggested simpler solutions, by chasing a wide-ranging thought of viticulture inserted in a much more complex system, rather than linked solely to turnover.Two dozen hectares entirely within the Conegliano Valdobbiadene area which are not dedicated solely to bubbles but which also produce a white and a red from the Colli di Conegliano, as well as a limited presence of olive trees. In an age and in a denomination in which wineries are often weighed in the number of bottles produced, here is instead a reality that shuns large numbers and is becoming the specialist of small batches, of single vineyard production, of cuvées with limited sweetness, of the almost absolute absence of grapes produced by other winemakers. About 350,000 bottles a year from vineyards developed in six different areas of the DOCG, entirely hilly and cultivated with the utmost respect for the environment.

Ersiliana and Antonella, in a land that relies on cuvée, on millions of bottles uncorked all over the world, why did you think of a label made from a single, small vineyard? Don't you think that the few bottles produced of Particle 232 will disappear in the sea of bubbles?

E - That observation makes total sense, but producing a wine replicable to infinity was certainly never our intention. Our desire was to give value to the extraordinary grapes that come from that particular cadastral particle, Farrò's 232.

A - Plus it was never a sudden idea, we had already started a few years earlier with Colbertaldo 68 and, given the excellent results achieved, when we tasted the Farrò grape it seemed natural to think of a new label.

How do these two plots differ?

A - The 68 is an old family property, only a few steps from the cellar, it boasts calcareous soil and develops between 150 and 200 meters. The 232, on the other hand, was acquired a few years ago, but from the beginning the grapes revealed an enviable richness and determination. Almost three hectares on clayey soil, almost 300 meters above sea level, but only the highest part, where the vines have been planted for over half a century, contributes to the production of wine.

I suppose there’s only glera in that vineyard

And - Actually, due to the historical period, partly between the two wars and partly in the 50s, the predominance is glera but scattered in the vineyard are many vines of bianchetta and perera, which in those years were always planted together.

Does the cultivation require special care?

A - Like all the vineyards in the hills that occupy the ridge between Tarzo and Valdobbiadene, there's a very steep bottom, all work is done exclusively by hand and the plants are practically never eradicated but any failures are replaced, so even when we say that the vineyard is 50 or 70 years old, in reality it's an average age, because there are secular plants alongside saplings planted a few months ago...

E - Certainly, however, it's a vineyard cultivated with maximum respect for the environment. We run a decidedly man-made territory and often the vineyards are close to inhabited areas. For decades now we have chosen to reduce the impact of our activities on the world around us, all the vineyards are grassed and we try to intervene in the most delicate way possible.

And how about in the wine cellar?

A - Maybe my husband Piero and Elisa, Ersiliana's daughter, should answer, since they are the soul of the cellar. Instead of proceeding with a traditional white vinification and subsequent foaming, we have combined the two phases, proceeding with the production of the sparkling wine starting directly from the must. In this way the wine retains a more fruity expression and a greater creaminess in the sip. Time does the rest, given that the presentation takes place only at the beginning of summer.

E - This also allows the sparkling wine not to be dosed, to remain completely dry seeking harmony in the fullness and roundness of the wine itself, not to mention that by reducing the passages we can also decidedly reduce the quantity of added sulphites.

E - Of course, we thank all our collaborators and then... cheers! 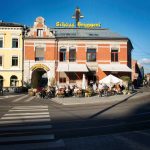