The Wuhan wet market is a digital art piece. Anyone can visit, using a smartphone Wuhan, Wet Market, is the digital art piece by artist John Craig Freeman, who started the project in 2016, unaware of what would have happened in 2020. Today his exploration of the Chinese market in Wuhan proves to be very timely. And it allows everyone to discover the history of a place that has become a scapegoat for all evils.

Wet markets in the eye of the storm

The new alert comes from Beijing. The new hotbed trying to be kept under control has been identified in the Xinfadi market. Not a wet market this time - as the prejudice now developed towards the characteristic Asian markets would like - but an imposing wholesale centre of fruit and vegetables. The largest in the city, and therefore the nerve centre of Beijing's trade, which is why it's very popular with the most different people, and therefore naturally at risk, without specific blame whatsoever. There is a different dispute arising from the Chinese management of wet markets (which, we must remember, are not only present in China: in New York state, to quote a decidedly different context, the Department of Agriculture has at least 80 of them, moreover in the vicinity of schools, parks, residential neighbourhoods, in violation of the law). All over the world petitions are hoping to close or regulate the so-called wet markets, for problems made more stringent by the Covid-19 emergency, but already known and long-standing, such as the difficulty of guaranteeing the most common hygiene standards and the cruelty inflicted on animals, crammed in tight spaces waiting to be slaughtered on the spot.

In China, the issue is closely related to the widespread consumption of wild animals. In the midst of a health emergency, as already announced in the past in similar crisis situations, the government had undertaken to definitively prohibit its sale and consumption. But there has been news of the last few days of the National Assembly's prevarication on the transformation into law of a measure that, imposed temporarily until last April, has now already ceased to exercise a ban. The reason is clear, and is based on economic interests: the consumption of wild animals in China is worth 18 billion dollars and employs over 6 million people, especially in rural areas. Added to this is the frequent attendance of wet markets by a large number of people, despite the fact that by now well over 50% of the Chinese population is opposed to the consumption of wild animals. So the government is stalling, now announcing its intention to study the rules in detail and modify them with more knowledge of the facts. Result: it will be difficult, in the upcoming 12 months, to formulate a prohibition law. Thus priority of the moment will end up by the wayside, as happened in 2003 after SARS.

Exploring the Wuhan wet market. From your phone

The wet market chapter, however, also includes a fascinating cultural tradition, which risks being overshadowed by the (sacrosanct) need to establish certain rules to ensure its survival in full safety. And it's on this aspect, bypassing the role of scapegoat in recent months, that the curious digital project of the American artist John Craig Freeman dwells. Curious, first of all, because it focuses on the Wuhan wet market in unsuspicious times, now so forcefully present in the international media. Moreover, the one in Wuhan, in the district of Hubei, is the largest wet market in central China, boasting 50,000 square meters, and bringing together over one thousand sellers of fruit, vegetables, meat, fish and live animals, wild and otherwise. These characteristics must have attracted, in 2016, the interest of the artist, who in a year of work collected an incredible amount of photos taken among the market stalls to obtain a virtual and three-dimensional representation of the place, taking advantage of the principles of photogrammetry.

So now the Wuhan market can be explored online (and for free) via your smartphone, by accessing the AllWorld.io app (compatible only with iOS mobile devices). Behind the project there is no judgement, the virtual visit does not in any way want to take on an investigative value, as Freeman confirms: "Raging on this ancient city and its local customs will in no way solve the problems related to the global pandemic. Only science can do that." Instead, the art piece lingers on storytelling, and on the opportunity to explore historical and traditional realities through the most advanced technology, thus offering anyone the opportunity to travel without moving. But it also has an anthropological and social value, because it documents the rapid changes in a rural culture called to co-inhabit with the modernity of a large sprawling city. Its disclosure, now, places the representation in an unprecedented historical moment: “Every one of us, in every part of the world, has heard of Wuhan now. But nobody, so far, has managed to give a face to that reality. To make an image coincide with the place" explain the creators of the AllWorld.io platform, created to represent the possibilities of augmented reality in the future of art. For this reason, “Wuhan, Wet Market is an important project. The first work of a new era for art, a new era for technology and most likely for humanity." 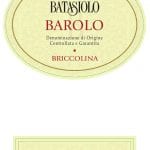