The natural and sparkling push of the Great north 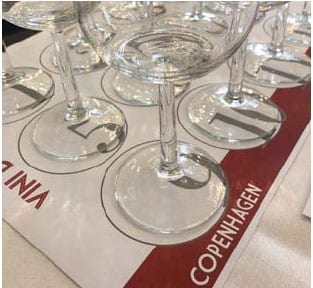 On the one hand, Sweden, with its monopolies and a surge in sales of Italian bubbles. On the other hand, Denmark, the realm of micro-importers, where natural wines and brands (rather than denominations) are driving consumption. Nordic route for the Gambero Rosso Worldtour.

Stockholm: the great moment of bubbles

Canada, Norway, Sweden. Three nations and a common denominator: the state monopoly on alcohol. In the Swedish case, the actor on stage is Systembolaget, founded in 1955 to "minimize the problems related to alcohol through a responsible sale not motivated by profits". The Tre Bicchieri event of Gambero Rosso in Stockholm, with over 40 award-winning wineries, offered the opportunity to explore one of the best performing markets in Europe.

The growth of Italian wine

In the first ten months of 2018 (data hailing from Istat), Italian wine grew by 3.8% in quantity and a round 10% in value, for a total of 147.2 million euro between January and October. The double-digit engine? Once again bubbles, with sparkling wines grown by 32.8% in terms of value (to 35.6 million euros) and 25% in volume. The role of Prosecco Doc is decisive, going from 3.4 to 5 million litres, for a total cost of 21.1 million euros, with a 54% increase.

"The offer grows steadily, the monopoly is forced to import any wine on specific request. Taxation affects a lot of low-end wines, while super-premium wines cost like they do in Italy, and in some cases even a little less", says Claudio Mancini, owner of the namesake restaurant opened in the city in 1983. More than 4,000 Italian labels are in his cellar: "The majority of customers still prefer prestigious wines with a richer taste, but they travel and know more about our vines. The wines of Etna are huge, but also Campania and Calabria are successful", adds the sommelier and manager Giancarlo Clark.

In the seminar on the Special Prizes of the Tre Bicchieri guide, conducted together with Marco Sabellico, the most appreciated wines are those calibrated on classic taste, with moderate extractions and not too marked acidity. Piedmont, Tuscany and Veneto are still the masters; the surprises are the comments on the classic Italian method with Franciacorta and Trentodoc increasingly appreciated and present on wine lists, and not just at Italian restaurants. Our sensation is that foreign countries are realizing, even more than the domestic market - see the numbers of Champagne in Italy - of a substantial qualitative growth of our bubbles on the yeasts.

Copenaghen and the surge of natural wines

Seven hours by car and a spectacular 16-kilometer bridge, or 50 minutes by plane, separate Stockholm and Copenhagen. From a cuisine standpoint, everything changes: from one extreme to another. Because if on the one hand we have a monopoly (albeit rather flexible), on the other hand there is the greatest fragmentation of wine importers in Europe. Try to ask for information in Copenhagen. Two or three attempts will suffice to come across a licensed micro-importer. Apparently it's the work that's most popular.

The crowds of operators at the Vini d'Italia event will not be surprising, then. The event was held on January 30 at Moltkes Palae. The level of knowledge is very high - we already knew that - but every time we are pleasantly surprised. The Danish operator is a passionate super informed one, attentive to sustainable needs, always looking for special bottles and small artisans to propose.

The export figures of the first ten months of 2018 report data in line with 2017, but they do not reveal what the specificity of this market is: an unparalleled interest in natural wines.

Among the standout restaurants in Copenhagen are names of a niche that's growing at an impetuous speed from Bangkok to Moscow, with dedicated wine bars and a very young and loyal consumer segment. In the presence of a trend, for sure, we've seen more focus on what is not done, or not used, rather than on the place of origin of the bottle. In this sense, the manufacturer's trademark exceeds the territory, the designations of origin are systematically bypassed. An evolving phenomenon that we need to monitor.

"Forget the vine, the area, the country, the classic views", recites the wine list of Manfreds (bistro where, among other things, we ate very well), demonstrating how we are faced with the phenomenon in evolution. Compared to Sweden, data on the consumption of sparkling wines are less relevant, despite the growth of Prosecco Doc, which in the first 10 months of 2018 increased by 42%.