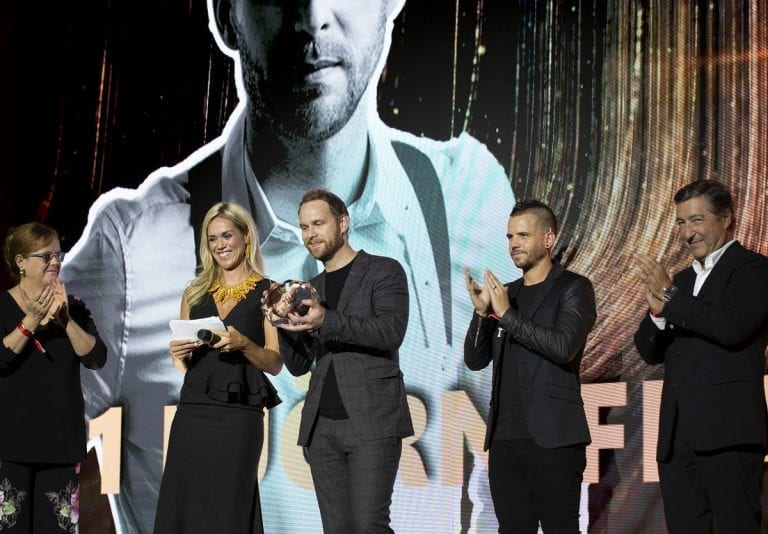 One hundred chefs selected primarily by the chefs themselves, called to vote for their colleagues; and then ranked with an online vote. The top 100 of The Best Chef Awards on the Barcelona red carpet. Sweden wins, many in Spain. Italy boasts 12 chefs, Bottura in 13th position.

The social media ranking created by an Italian

The first interesting thing about the behind-the-scenes of the Best Chef Awards, despite the international appeal of the name, is that it was an Italian, Cristian Gadau, who first created the award three years ago. Sardinian, born in 1976, Gadau boasts a past as a Maitre D, and a new beginning in Krakow, together with Joanna Slusarczyk, who joined him from the beginning in 2015, in the initial stages of the project The Best Chef. This platform was born on social media, product of modern times, where sharing and visualization are the preferred tool for creating a global network of chefs, which feeds on the web and consolidate prestige. Hence the desire to realize a growing authority in the international rankings (World's 50 Best in first place, tracing guidelines for the award's "competitors") with an annual kermesse, which now looks a lot like a veritable gala. A chef red carpet, like for Oscar night.

A traveling event that this year, for its third edition, was celebrated in Barcelona, with the proclamation of the Top 100 of The Best Chef Award 2019. A ranking that this year brought together chefs from 24 different nationalities, celebrating 15 new entries in the 100s team, selected over the course of several phases. At the first sorting of the organization, which every year gives new life to the system by proposing 100 new names, is followed by a vote of those directly involved: it is precisely the chefs involved who cast their preferences (10 votes each) for their colleagues. The vote, and this is peculiar to the award, therefore goes to the chef as such (to his individual talent and not to the restaurant he represents). The last vote, on the other hand, directly involves the network of enthusiasts, called to choose among the 100 finalists to define what will be the final ranking, from the first to the 100th position. The Barcelona ceremony seemed to confirm, in the European field, the revenge of the Spanish - the avant-garde dining world that started with Ferran Adrià's revolution - over the most noble French team.

The ranking. The top tier

In the top five, three Spanish chefs celebrate their placement: Jordi Roca - who loses the scepter, is second to the advantage of the Swedish Bjorn Frantzen. David Munoz (third) and the Catalan trio of Disfrutar, in great ascent take fifth place. Spain and Northern Europe in command, therefore, in a way not unlike the last 50 Best, however dominated by a Frenchman - Mauro Colagreco, who is above all a world chef - who this time "only" made 7th place.

Italy in the ranking

The women in the ranking. No more category award

Women are reduced to a mere ten––in order, Dominique Crenn, Anne Sophie-Pic, Clare Smith, Ana Ros, Elena Arzak, Emma Bengton, Adeline Grattard, Pia Leon, Daniela Soto-Innes, but we're adding Isabella Potì, partner in crime of Bros, with Floriano Pellegrino. But even this is nothing new, although the decision to eliminate the prize usually (and unbearably?) reserved for the category is noteworthy. Among the special prizes, Pia Leon (life and work partner of Virgilio Martinez, at the helm of Kjolle for some time now) garners the Chef Rising Star award. While the most voted by colleagues was Grant Achazt (Alinea, in Chicago), who also brings the United States to 4th place.