Slovenia is now a food destination 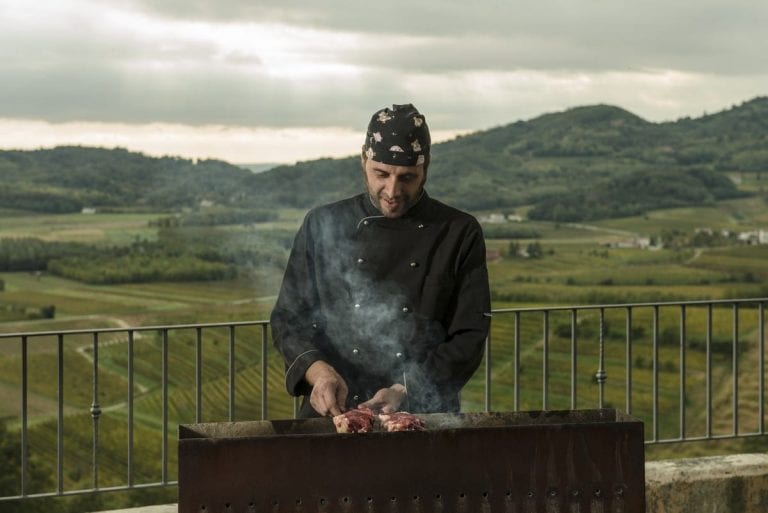 Slovenia is ever increasingly a destination for gourmet tourism, thanks to its attentive government and its great products. Here are the reasons why you should go visit it soon.

Last year, the World's 50 Best Restaurants rewarded Ana Roš of Hiša Franko as the best female chef in the world. Many people spontaneously came up with a question: but wasn't Slovenia known for its wines and not for the cuisine? To understand the reason of that success (and to better understand Slovenia which we border) we went to browse in some of the most interesting places of this country of former Yugoslavia.

Let's get this straight, we agreed

So, let's start from the importance that the different influences, including gastronomic, have played in writing the history and culture of Slovenia. Starting from the Roman Empire, up to the declaration of Independence of Republika Slovenija (1991), over the centuries the Byzantines, the Habsburgs, the Republic of Venice, the Napoleonic and Austro-Hungarian troops passed through here, the Serbs and the Croatians, ending in 1929 when the Yugoslavian flag was waved (with a brief Italian interval in the Forties).

The years of the "short century" were important for the Slavic and Balkan overlaps; in this glimpse of a 20th century under Socialism, thanks to its strategic position (on the border with Italy, Austria and Hungary), in Slovenia significant productive activities found space, representing an important commercial hub for the whole area. On this historical and geographical legacy, the advent of democracy legalized and regulated those cross-border exchanges once relegated exclusively to the black market. Weìre talking about wine, oil, honey, as well as blue jeans and all kinds of consumer goods that were forbidden in Yugoslavia.

A dense history and an attentive government

According to Professor Janez Bogataj of the Department of Ethnology and Cultural Anthropology of the University of Ljubljana, much has been done by the new government giving life to new projects to promote the development of gastronomic culture and tourism, including in goutmet fashion. Initiatives such as Kuhna pa to (kuhnapato.si) - a training course that ends with a national food competition for elementary school children - has encouraged, even before television programs such as MasterChef, the knowledge of the 23 areas of gastronomic attraction in the country, thus defining the Slovenian Gastronomic Pyramid.

The Slovenes immediately aimed at joining the European Union by participating in calls for tenders and European projects such as the European Destinations of Excellency (EDEN) which in 2015 awarded the Region of Brda for its Gastronomic Tourism. The great work done on the "I Feel Slovenia" brand, which aims to promote dishes, restaurants and products of the place, has pushed food and wine tourism a lot.

From the Roman Empire to the Republika Slovenija Republic

The Republic of Slovenia was founded in 1991. A parliamentary republic of just over 2 million inhabitants whose president is Borut Pahor. Prime Minister is the 41-year-old Marjan Šarec (comedian and political impersonator). The official currency is the euro. The official language on the whole territory is Slovenian, Italian is spoken in the four coastal towns of Ankaran, Koper, Island of Istria and Piran, and Hungarian is spoken in three municipalities of Prekmurje.

Italian native speakers are 3,762 (0,18% of the population), while Italian is spoken as a foreign language by 15% of the population. Slovenian, Italian and Hungarian are the official languages according to the Constitution: all laws and documents of national interest are drafted in all three languages, as are citizen's passports. Italian and Hungarian-speaking Slovenians are entitled to at least one seat in Parliament.

Nestled between the Alps and the Adriatic Sea, this region boasting striking panoramic views, green hills, vineyards and sun-kissed orchards, has earned the nickname of Slovenian Tuscany: a comparison that locals are reluctant to accept, claiming a less inflated and less contaminated reality, more "true" than a certain Tuscany.

Along the Brda Wine Road - along rows of Collio, Vipacco, Karst and Istria - you pass through the medieval settlement of Smartno, the Dobrova castle, the Vipolze manor, the Sabotin Peace Park. But it's certainly thanks to the success of its wines, strong and dry starting with the rebula (ribolla gialla), a symbol of the area and currently featured in the wine lists of only the greatest restaurants.

As the green capital of Europe in 2016, Ljubljana was been able to reinvent itself entering into Europe, and focusing on a form of eco-sustainable tourism, which also has one of its strengths in the oeno-gastronomic offer. Nicknamed "Little Prague," Ljubljana has much in common with the best central European destinations: the castle fortress, which dominates the historic centre from above, the river Ljubljanica that slides slowly between the reflections of the superb period buildings by architect Jože Plečnik, the numerous scenic bridges and the beautiful squares of the centre and its lively and elegant restaurants with outdoor seating when as weather gets warmer. For a clearer idea of the city's gourmet side, you can take part in the gastronomic tour of the city "Okusi Ljubljane" (tastes of Ljubljana) which can be booked at visitljubljana.com or directly from the tourist office. Alternatively, follow our advice for a do-it-yourself tour.

A few kilometers from Ljubljana, the Krka river valley is considered the most beautiful of the Lower Carniola (Dolenjska) in southeastern Slovenia. This is a region dominated by lush greenery, rich in woods and forests; an area appreciated for the alternating plains and hills, furrowed by the slow flowing river waters and that carve the south-eastern foot of mountain chain Gorjanci and the border with Croatia.

The banks of the numerous waterways with soft lines, waterfalls and natural lakes, together with ancient mills and castles, plunge us into a landscape that is fairytale-like, but totally real. Soaking in the warm thermal waters in winter is a beautiful and relaxing way to unplug. From the New Town, you can enjoy a wonderful view of the Dolenjska and you should not miss an excursion in the old town center and its rich cultural heritage: from the fountain on the main square to the Dolenjska Museum, from the Jakčev Dom gallery to the Breg district overlooking the river Krka.