Sciacchetrà. Journey on the footsteps of the symbolic wine of the Cinque Terre 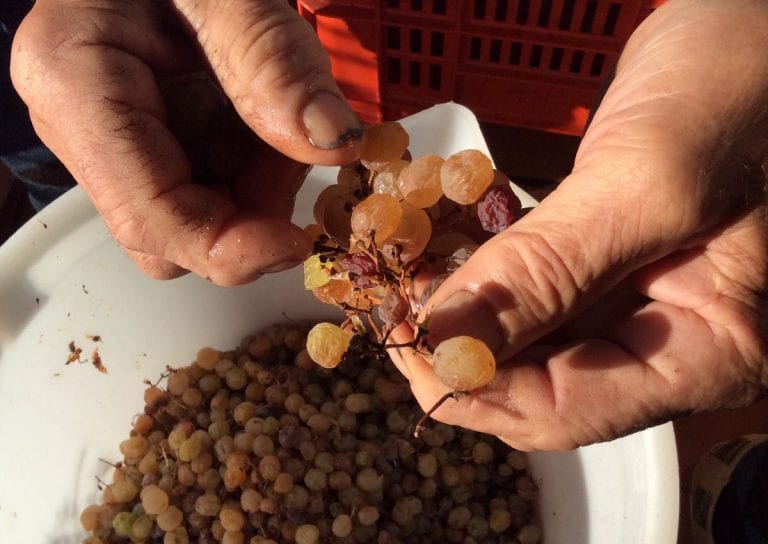 Rugged land, wedged between rocks and the sea. Working the fields here is an act of pure heroism and attachment to one's roots. Voilà Sciacchetrà, a sweet, extreme, traditional and precious sweet wine made from native grapes.

The landing, albeit by land, is a blow to the heart. The place is, from a landscape point, located in one of the most spectacular places in Italy. And of the world. The road winds, rears up then descends with the mountain on one side, the green that opens in windows on the other side: and there at the bottom the sea, like vertigo, the horizon that rears up to resize the sky. Infinite. The Cinque Terre are this, and not only the gem-villages that would be much less fascinating without the surrounding picture: anthropized nature, tamed rock and soil cultivated over the centuries even where only the crazy, or the heroes would dare; dry stone walls terracing ridges, cian (in dialect flat steps) that for a long time have welcomed the vines and the olive trees in the areas of Monterosso al Mare, Vernazza, Corniglia, Manarola and Riomaggiore, and villages enclosed between Punta Mesco and Punta di Montenero in the Riviera of La Spezia, in Liguria. A strip of land besieged by peaks, up to 800 meters above sea level, at a stone's throw from the sea, in a context and schizophrenic microclimate, which can also visibly vary, more humid areas and others more windswept, steep coast and designed by bluffs and inlets that continue south to Portovenere, with the island of Palmaria in front, closing in the Gulf of La Spezia.

The totem wine of the Cinque Terre is Sciacchetrà, a sweet nectar, an overused but in this case due term. It is a singular passito, a portentous, unique in genesis and result, produced primarily with bosco grapes, plus albarola and vermentino, which are left to dry away from the sun, in well-ventilated areas, for over 70 days. After November 1st (traditionally, but at present as part of the disciplinary), the bunches are carefully de-stemmed, sometimes selecting the grapes by hand, which are then pressed and vinified in steel tanks, in contact with the skins. The wine is often aged in small barrels, sometimes in steel or in an amphora, sold in specific tapered 375 ml bottles. The production yield stands at 25%: objectively it's worth it, culturally as well, for fans there is no doubt but from a commercial point of view it's as difficult a challenge as is the land difficult to farm.

Golden, amber with iridescent reflections, intense on the nose with hints of honey, harmonious and persistent in the mouth, with a firm structure and very fine tannic texture, it has a bewitching opening and a savoury sea finish, an aftertaste of almonds and dried figs, an evocative and poetic soul; "That proud Sciacchetrà that's pressed in the five vine-covered lands", as D'Annunzio wrote, seems to borrow the name from shekar, a Hebrew term that identifies a drink to offer to God, yet in Ligurian dialect it recalls Sciac, that is, crush, press in regards to the grapes, and Tra, which means pull, pull it away, put it in the barrel and forget it there, given time can only be beneficial. 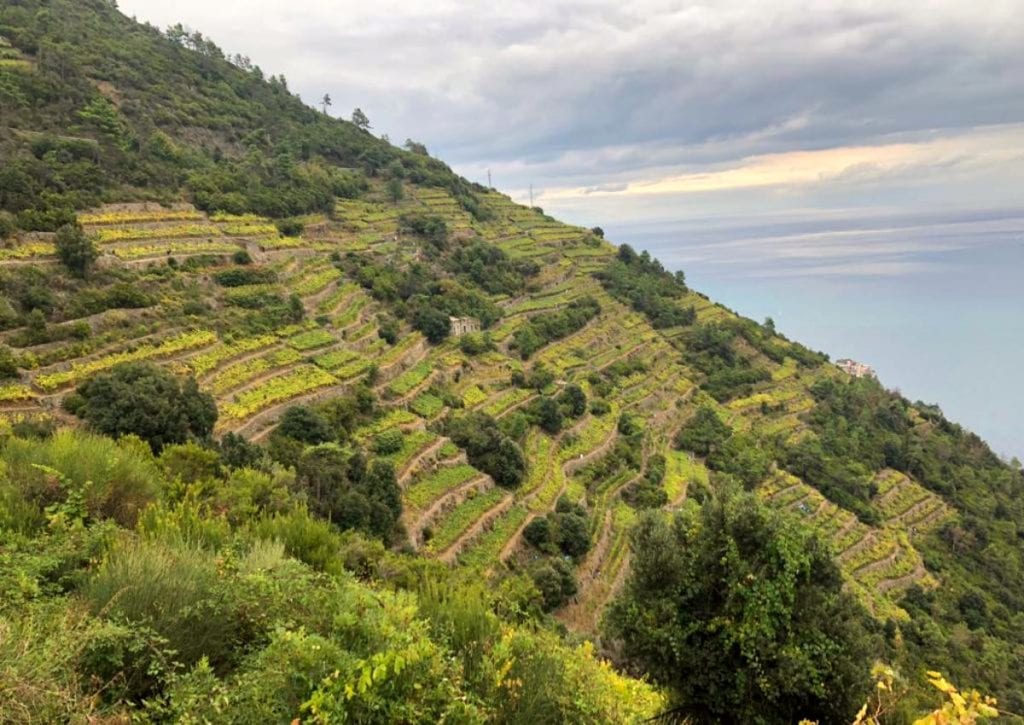 Cantina Sassarini, ina Monterosso al Mare, is the custodian of this story. The foundations were laid by Natale Sassarini in 1968, farsighted in sensing the potential of the area's wines, just think that the DOC certification was created only five years later. He built his cellar and tightened around him a network of wine growers who cultivated their land, currently there are 11 hectares total. "The grape conferring model has a decidedly positive meaning here: ensuring the purchase of the grapes allows individual farmers, owners of small plots, to continue looking after the land with the necessary support over time." It's now Natale's son, Giancarlo, shy profile but attentive gaze, tenacious step, who mans the corporate helm: the milestone of the winery's fiftieth anniversary, two years ago, took on the value of "a rock to consolidate a wine tradition of Cinque Terre, which has so far been lacking." 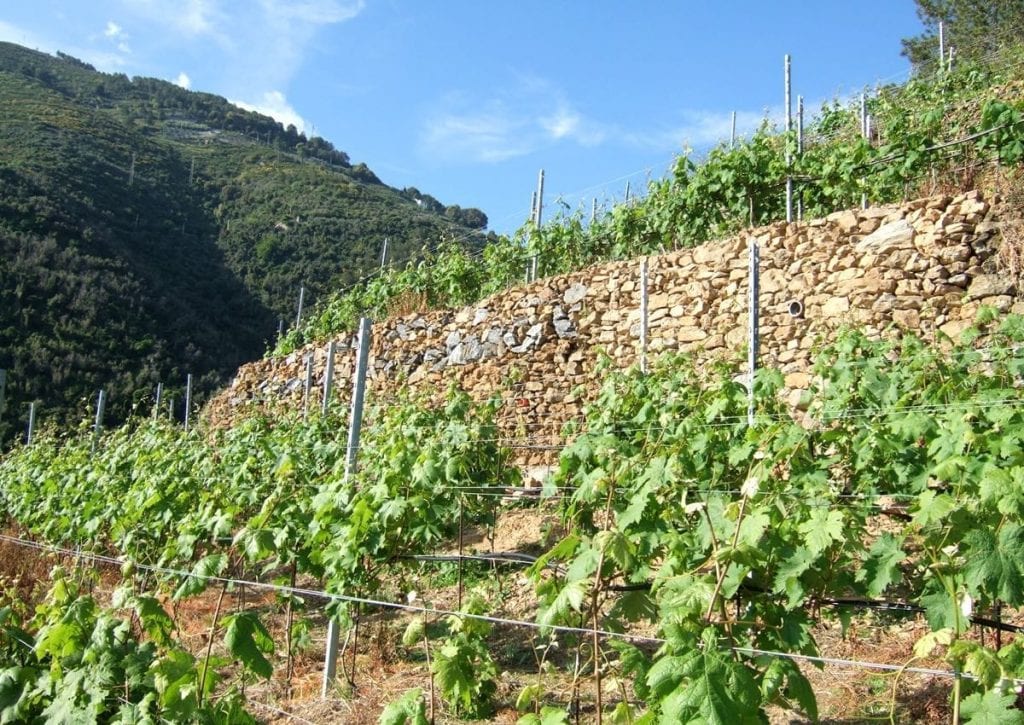 We arrive in Vernazza to get to know the only winery in the village, with the vineyards of Lise Bertram and Bartolomeo Lercari that from the castle tower to the church bell tower seem to embrace the sea. She's Danish, with a degree in horticulture and a doctorate in agronomy; he, after similar studies became a teacher, learned and taught around the world and then returned here, in the abandoned countryside that claimed a caretaker. "My grandfather lived in the sea, like many men, while it was my grandmother who took care of the vineyards and the wine bar, the olive trees. My summers were spent at the Vernazza pier, in the sun, I swam and fished... I tried courting women, but I was shy," and it's difficult to imagine this speaking to him now, ironic and easy-going, affable and intense. "I was better off in the vineyard helping my father Ercole," says Bartolo. This came in handy in 2004, when with Lise, starting from a family plot, they gave birth to Cheo, nickname with which the Lercari family called itself, of noble Genoese origins. "When I was a boy, the little train for the harvest wasn't there, trips was made by hand, long and exhausting, the grapes arrived in the cellar with an eye dropper, it was impossible to get a good wine." 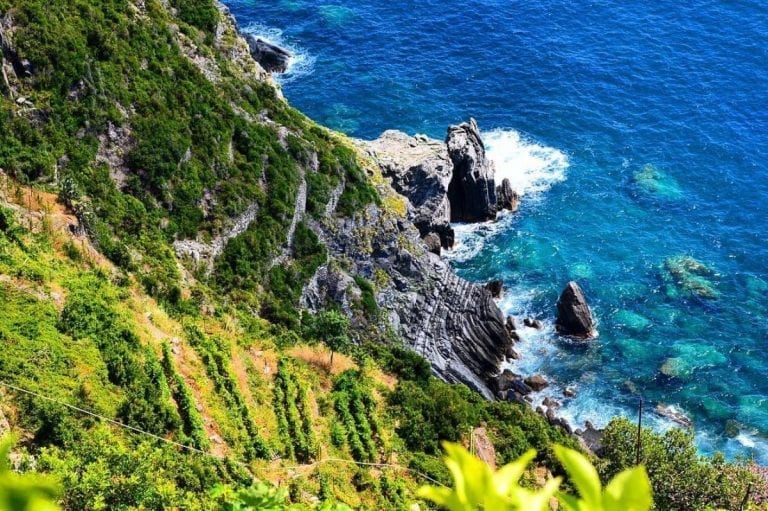 Heydi Bonanini owes his name to a trip to northern Europe is parents took, when his mom was pregnant; while his Possa farm is a contraction of the name of the valley where he was born, Possaitara, in Riomaggiore. "By the end of the Nineties few portions of terraces had been cultivated, landslides had devastated the whole slope". Heydi began to like the idea of a vineyard of his own, which also meant the recovery and custody of this strip of land overlooking the sea (a ride on board the train built for the harvest in the late 80s, gives an idea of the dizziness of those who work in this context). He graduated in Accounting but there were other studies that fascinated him, the seasons and the climate, the vines and wine-making techniques. "The arrival of Elio Altare, and the recruitment that led me to work alongside him, were a turning point." Heydi's first grapes were vinified in the cellar that the famous Langa winemaker had started in Riomaggiore, and so, in about three years, he was able to practice and hone enough experience to start his own path with Possa. "I produced just 25 liters of my first Sciacchetrà, I remember we had bed frames as racks for drying, resting on the piles of my school books that were finally put to good use." 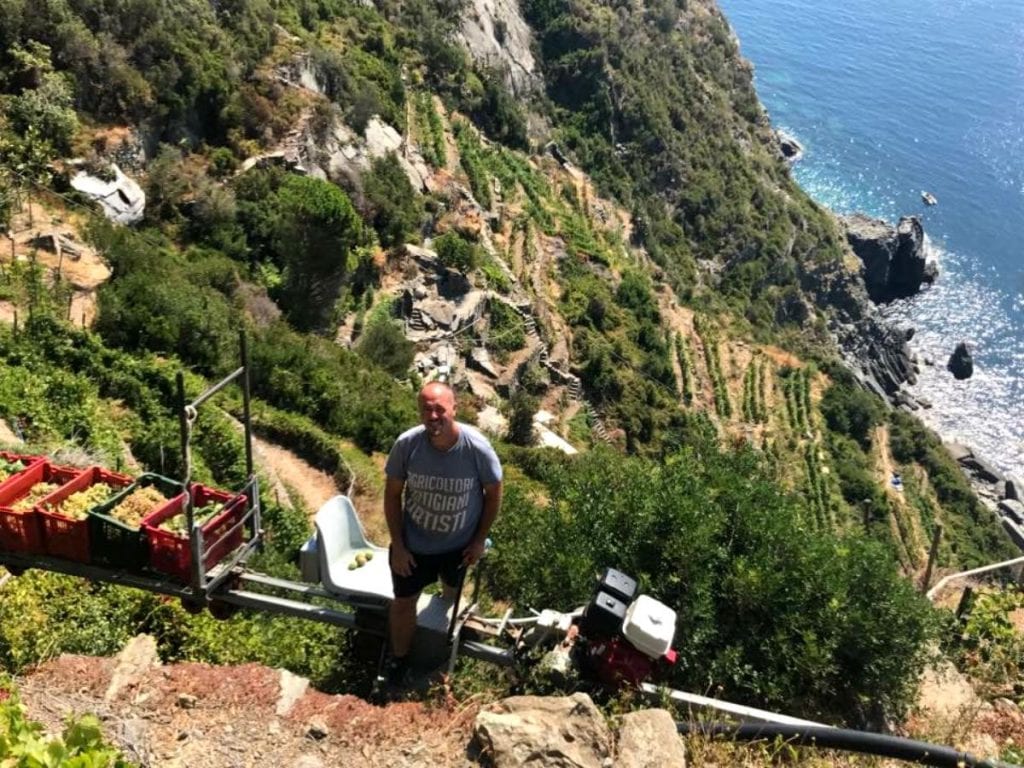 He grows, refines the trade, takes over new plots and starts parallel activities, such as the one carried out together with children, in respectful education for agriculture; or setting up a space dedicated to peasant memory in the Riomaggiore cellar. His harvest is still carried out by hand, the baskets loaded on the trains or on a boat. "The Cinque Terre are this, the effort of working on overhangs, of restoring dry stone walls; the cellars, lemons and rosemary, the smells of the countryside, not the shops that sell souvenirs in the village". For Sciacchetrà, the sorting of the grapes, mainly Bosco, is done grape by grape, withering is almost a ritual, winemaking respects tradition but also tries new ways, such as in amphora. The result is amazing, a fleshy and intellectual wine, yet rustic, with a thousand stories to tell. "Over time poor Sciacchetrà was brutalised in the name of a market that had ended up distorting it; we recovered the true meaning of this unique passito in the world. The dowry of twenty bottles that we have historically destined for every unborn child in the area is a source of great pride", and now little Jacopo Bonanini thinks about pressing with his feet, in the cellar since he was three years old.