The Murgia Tarantina is still far from mass tourism routes. But its moment has arrived: this part of Ionian Puglia makes its way ahead with an essentially culinary signature. Protagonists of this are the Donne del Primitivo.

There is an open and crystal-clear sea, there are charming inland villages dug into the rock or glued to impressive ravines. A widespread heritage of art, culture, archaeology intertwined with agriculture that has always given good wine and good food. The Murgia Tarantina is still far from mass tourism routes. But a new moment has arrived, thanks to the Donne del Primitivo. 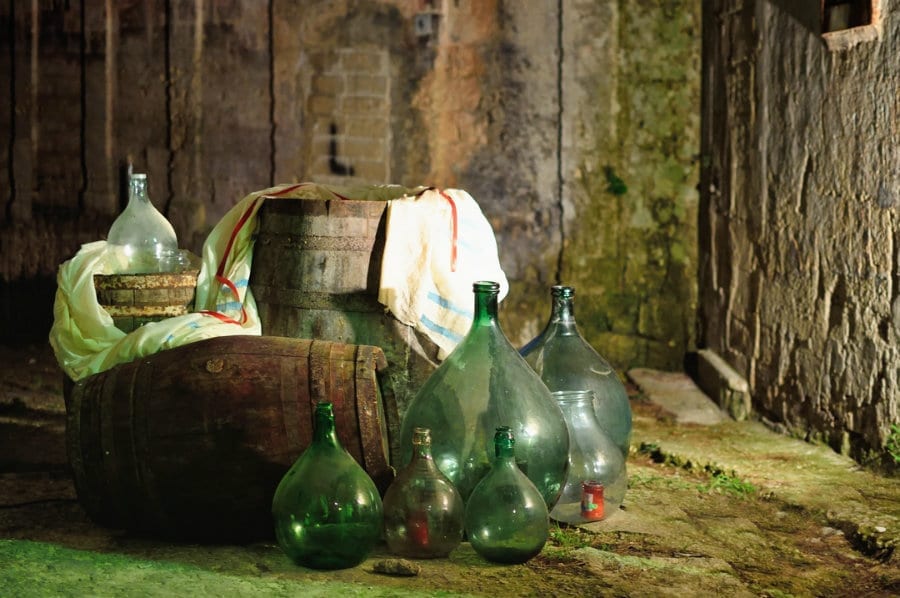 A native grape and a wine are the flag-bearers of this growth: Primitivo di Manduria, which, "nemo profeta in patria" as a prophet in its own homeland, has begun collecting more successes abroad than in Italy. Here the wine was still hindered by the idea of it being a sur-matured wine, not always clean on the olfactory level, not very fresh, too alcoholic. An "old" wine from the South, to quote commonplace. Then ten years ago the trend changed: Primitivo, between Nero di Troia and Negroamaro, was defined as the most easily recognizable wine grape of the Puglia region. And the Tarantino - with Manduria in the lead, as the doorway to Salento - conquered the status of wine territory. The food and wine circuit followed suit accordingly, with an increasingly accurate (and even sophisticated) reception and a cuisine stripped of an earlier excessively rustic feel. It is therefore a place that surprises. Starting from Taranto, which has suffered for decades the presence of the Ilva steelworks factories. The city's destiny is still wavering because to this day unclear whether or not there is an alternative to the steel industry in the City of the two seas, aka Taranto. The future of the industrial complex has yet to be decided. What if the solution - or one of them - was in the pride of a past where everything had its own coherence and beauty, at least until the slaughter of industrialization? A visit to Marta (the National Archaeological Museum) could offer different ideas. A re-installation completed in 2016 has further highlighted that this is one of the most important museums in Europe. The ancient Taras, a proud city and not by chance of Spartan origin, was among the most flourishing centers of Magna Graecia. In the museum rooms the theme of wine is always present with the splendid 5th century BC vases dedicated to the symposium. The kraters (large vessels) dedicated to Dionysus (god born from the leg of Zeus) tell of the practices of spicing the wine, of how this should be drunk, of the game of κότταβος,which consisted in hitting a target with the wine left in the cups. The prize was a pastry or the kiss of a young boy (pederasty was not a crime then). The women represented in the artwork were only dancers or musicians because they were not allowed to participate in the symposia as protagonists. That of today's tarantine women is a whole different story. Be they by birth or adoption, the growth path linked to Primitivo has been carved out an important and multifaceted space thanks to women. We have met several. This piece on Puglia is told through their eyes and their commitment.

True Tarantina, or rather, "Spartan" as she likes to define herself, that is "tough" and tenacious, Simona Natale is the female part of Es, the Primitivo di Manduria created by her husband Gianfranco Fino which, for several years, was the most awarded wine in Italy, and now out of the Doc for a few years for visions opposed to the disciplinary. With a life before wine, Simona was a lawyer, and today she is the voice and face of the Manduria company. There is no restaurant she doesn't know, no chef who she doesn't greet, no wine territory she doesn’t respect. "But there is no better place than home - she says proudly - from the lighthouse plateau in Taranto the blue sea’s colour is unreal, but you’re also reminded of the suffering from the steel monoculture, which has economically and socially isolated the city born for trade and socialization, a contradiction".Now the couple is focused on the cellar due to open in a year. "We started in 2004 with just over one hectare, but with a specific goal: to make only one wine, Primitivo di Manduria from alberello-system plants. After almost twenty years we are still here. We added the Jo Negroamaro label, but experimentation continues on the Manduriese grape which has given us the Se label, Primitivo from a young vineyard born from a mass selection of old vines, 12 thousand plants per hectare and the same rootstocks used at Romanée Conti. We now own 15 hectares of vineyard, but it's so difficult to convince the old owners to sell the plants, those rented belong to peasants who are over ninety years old and who don't want to give up, they are messapica natives, another tough civilization!".

If reading this you feel the desire for Primitivo, cozze pelose mussels, fine sand, Blue Flag seas, archeology and more, Antonella is the right person for you. She's not a guide, but a journalist and writer from Taranto, an expert connoisseur of Puglia food and wine, art and culture. University in Siena, specialization in New York, life in Taranto as conscious need: "I cannot live anywhere else",and explains why this is where she has everything, including mention of the problems. "We had a collective brand for mussels that has not been renewed, nor was a protection consortium born - he says - before Marta (Archaeological Museum) re-opened, part of our archaeological collection was exhibited in Egnazia rather than in Taranto; in the 1920s, thirty-five to forty million oysters were kept in the waters of the Mar Piccolo, which had nothing to envy to the Breton or the Norman oysters, the best Italian panettone is made in Grottaglie, some of the most emblazoned olive oils come from these lands, the stories of these productions are half stories because we do not work hard enough to follow through". The point is not to oppose the Tarantine lands to Salento, also because it would be historically incorrect: "Taranto, Brindisi and Lecce were once joined - explains the journalist - Salento has been part of the ancient district of the Terre d'Otranto for centuries, whose maritime control was entrusted precisely to Taranto. Lecce and Brindisi earned a popularity that Taranto is still struggling to regain, but it's a diamond in the rough waiting to be polished".Antonella also recognizes Primitivo as important development leverage: "To extent that this is local leverage. I just came back from Canada and many asked me about the Bruno Vespa winery which is in the Tarantino area. Wine can promote the fact that the beaches of Campomarino are the Caribbean of Italy: sea, wine, beaches. I think of California and Napa Valley, don't you think?"