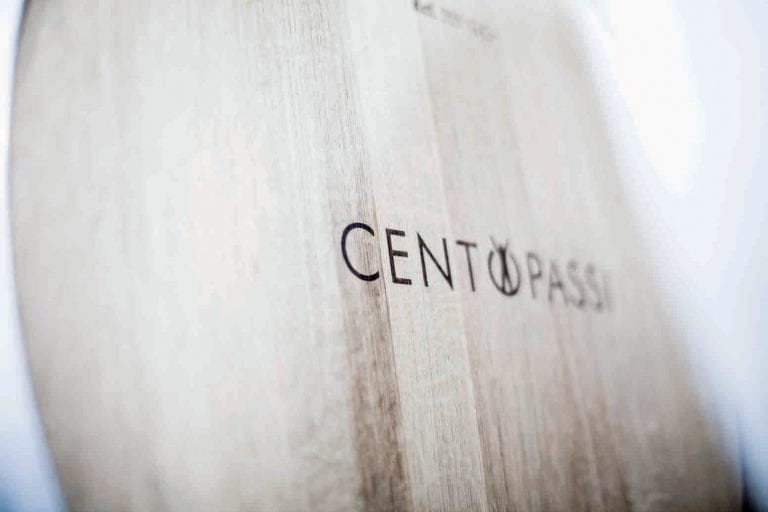 Libera Terra takes restores value and dignity to lands confiscated from the mafia. Its Sicilian wine division is called Centopassi, in honour of Peppino Impastato. Our 2020 Solidarity Project Award.

"Born in the land of vespers and oranges, between Cinisi and Palermo he talked on the radio. In his eyes one could read the desire to change, the desire for justice that led him to fight". Thus starts the song Cento passi by Modena City Ramblers, published in 2004, on the wave of extraordinary interest sparked by the homonymous film by Marco Tullio Giordana. The film was released in 2000. The courage of Peppino Impastato, killed by the mafia on May 9th 1978, lives again in the vineyard: since 2001 Libera Terra has applied the Centopassi brand to bring value and dignity to the lands confiscated from the mafia.

We are in the Alto Belice Corleonese, the hills behind Palermo between Monreale, Camporeale and San Giuseppe Jato, home of the winery, also a confiscated asset. The cooperative works in organic regimen, over the years the line of crus has grown to the current ten labels, each an expression of the vines, soils and microclimates able to sum up, with personality and elegance, the biodiversity of thea territory with a high wine-growing vocation.

A lot of work done has been done, in silence, even in the face of the difficulties arisen, like those who deviously created obstacles in calls for tenders, and those who expressed dissent in, let's say, more archaic fashion. But the project went on, improving year after year, solid and well organised, with a quality in the glass that is quite good. For all this we have decided to award the Solidarity Project Award to Centopassi.

The wines have impressed us, we think of the tasty and vibrant character of the Perricone, of the beautiful texture of Catarratto: Il Terre di Giabbascio 2018 gained the first Tre Bicchieri for the winery. Rich in iodine nuances, it offers a vivid and very fresh herbaceous vein, for a nuanced and tasty finish. We interviewed the orchestra director, Giovanni Ascione.

Let’s talk numbers. How many people are involved in the project? How is Libera Terra structured? What are your values?
Centopassi is the Sicilian wine division of Libera Terra. Nine cooperatives, spread over four regions, about 170 workers involved, between fields and offices, 1,400 hectares under strict organic farming regimen, products ranging from pasta to olive oil, from legumes to tomato preserves and breakfast biscuits.
65 hectares of Centopassi vineyards, distributed mainly on the beautiful plateau of Alto Belice Corleonese. The sunsets from Vigna Portella della Ginestra, almost a thousand meters above sea level, or from Vigna Pietralunga are not easily forgotten. Also for this reason, from the first moment, we only and exclusively attempted to spotlightl the strength and the uniqueness of this territory, without shortcuts of any kind, just trying to make linear, pure, essential wines.

Cattarratto 2018 Terre di Giabbascio. What do you like about this wine? What is the wine’s story?
Catarratto is a difficult vine, whose good structure can be paid dearly, often with bitter closures and a lot of rigidity on the palate. Giabbascio is an old vineyard, complicated to manage, that has imposed us some years of study to size it up. Except then giving wines of great complexity, always elegant, with long, mineral, precise, never bitter finish. Great witness is also the Terre Rosse di Giabbascio R14, a veritable Riserva, released this year after five aging between oak and bottle, an example of how far the finesse of this vineyard can reach.

What’s the first thought when you arrive at the wine cellar?
In these post harvest days, we go from fear before entering, to a full-face smile when we are inside and the scents in the room are the right ones... But, I repeat, strong emotions are felt firstly in the vineyard, in our beautiful vineyards. In the cellar it's only a continuous battle in defense, in trying to preserve the quality brought home during harvest.

What are the biggest challenges encountered over the years?
We never like talking about the difficulties, we never wanted to make our cooperative business a narrative of heroism. Our difficulties aren't much different than those encountered by any other wine producer of our size.

Biggest satisfaction?
Oh, we are lucky, very lucky, because in these almost fifteen years we've had so many satisfactions. Our customers love us, they are loyal, our business partners are happy to work with us. For a young company like ours, knowing you have your own bottles on the most prestigious tables and shelves in the world, from London to San Francisco, from Hong Kong to Melbourne, is an incredible satisfaction.

Why is there such little talk of mafia, and mostly of mafia and wine?
Yes, little is said about it, at all levels. And maybe not everyone does their part. We try to do ours and work in silence every day to demonstrate how a virtuous model of viticulture, and agriculture in general, in our lands is fully possible.

Future projects and developments? What are the next challenges?
Never stopping. New vineyards, further improvements in the processes, new markets, perhaps a new wine, but above all a lot, a lot, a lot of work.