Peruvian cuisine, the key to success 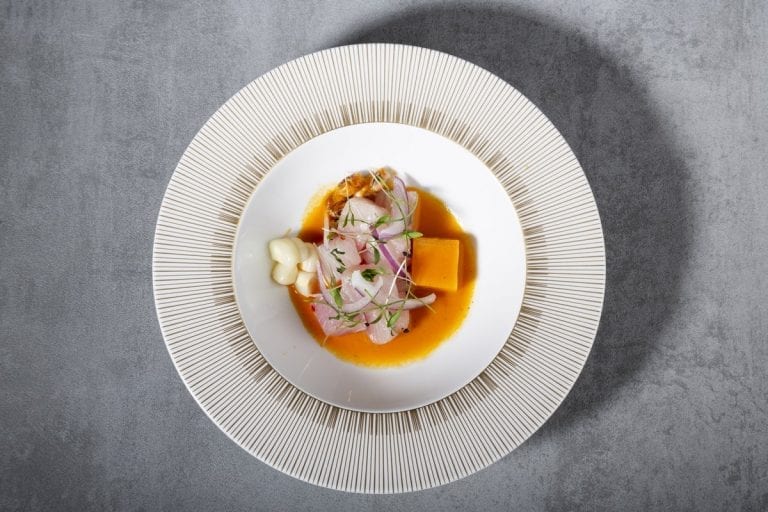 Peruvian cuisine is now known and appreciated worldwide. But how did the country gain this big success? Story and evolution of Peru's gastronomy.

There is Andean cuisine based on corn, potatoes and other tubers, there is the Criolla one born from the influence of Spanish traditions and the Chifa, born from the fusion of Peruvian cuisine and that of Chinese immigrants, mainly Cantonese. There's also the now famous Nikkei and novoAndean cuisine, a new culinary style born in Peru thanks to the interest of local gastronomists that wish to revive traditional local dishes from pre-Hispanic past, that thus restrore value to many native ingredients.

A "mixture", to mention the famous food festival organized in Lima, which in recent years has become one of the most important food cultures in the world. What exactly happened? Is it all about the skill of the chefs? Or is there a specific project behind this surge? We interviewed Amora Carvajal Schumacher, Director General of the Peruvian Economic and Trade Office.

The role of the chefs

Let's immediately erase any doubt: it's not only the merit of the chefs. Of course, Virgilio Martinez and his numerous projects––from the Mater Iniciativa project to the 3500-meter restaurant Mil,or the even the more famous Gaston Acurio, who became a reference point for the Mandarin Oriental group, for which he developed the format Yakumanka––acted as a megaphone for Peruvian cuisine. But the leading player of this success is actually the government.

The government's projects for Peruvian cuisine

"Since the government started supporting Peruvian cuisine, many private individuals have started opening up many successful restaurants," explains Amora Carvajal Schumacher, "so, in general, we are seeing a tremendous growth. Of course, some restaurants open, others close, but the trend is positive: we are talking about three top restaurants a year, all with big investments behind them and an interesting gastronomic research".

But how exactly did the government invest? They left with about 3 million Peruvian Nuevo Sol (just over 800,000 euros) and in the course of two five-year marketing investments, promotion and event campaigns have quadrupled, also involving international press. "It all started in 2006 with the "Peru mucho gusto" campaign where we also involved airlines. The initial goal was to extend the stay in Lima for all those travellers who came to the city just to fly."

Then we published a book by the same name and participated in the Madrid Fusion gastronomic convention as a guest country. "From there we realized that we too could organize a convention, so in 2007, with the great help of Gaston Acurio, it was Apega's turn with the support of the ministry of tourism. We never expected it, but 5,000 people took part in the event".

The following year there was Mistura, with a broader concept and an even bigger participation. "Mistura also opened up to other cities and regions, giving visibility to all the local cuisines. The people of Lima, who are also the highest spending, were thus able to learn about the country's various regional cuisines".

Ten years have passed since then, and the number of restaurants together with their turnover has doubled, also driving gastronomic tourism. "If before tourists went to French restaurants, now they go to Peruvian cuisine restaurants. Even the hotel trade has changed: it happens more often than hotels feature local products, like bread, cheeses, and fruit. In any case we are aiming for luxury tourism, which therefore provides for a lower influx, but higher spending, unlike Mexico for example”. Now more than ever people come from all over Latin America and Europe, perhaps also because for five years the government decided to open up to other events beyond Madrid Fusion, in Italy, England, France.

The history of Peruvian food

But conventions and chefs are just the tip of the iceberg. "What I always like to remind people is the story of quinoa: once it cost very little and almost nobody ate it, not even in Peru, now it is part of the daily diet and producers are happy. Same thing with potatoes. The merit for this goes to those chefs who leverage our infinite biodiversity, I think for example of Virgilio Martinez who in his Mater studies all the varieties of potatoes. Now, in his wake, we are for example focusing on the increasingly high quality of cacao and coffee". In short, if people first knew Peru only thanks to Machu Piccho, now the country has become a gastronomic destination, where restaurants are moreover offering traditional cuisine and are becoming increasingly popular.

"I adore Virgilio, mind you, but seeing the line outside the restaurant Isolina del Josè del Castillo makes me proud because it means that even Peruvians are proud of their traditions". And indeed thanks to the chef of Castillo the homemade gastronomy, or as he defines it "a cuisine of memories and family recipes", finds the right positioning among the many fine dining restaurants opened in these years.

Future projects? "The project, born from the ministry of tourism, is now also supported by the ministry of health, education and the environment, everyone is doing something to promote Peruvian gastronomy, also because from gastronomy we arrive, backwards, to the small producers in the Amazon".