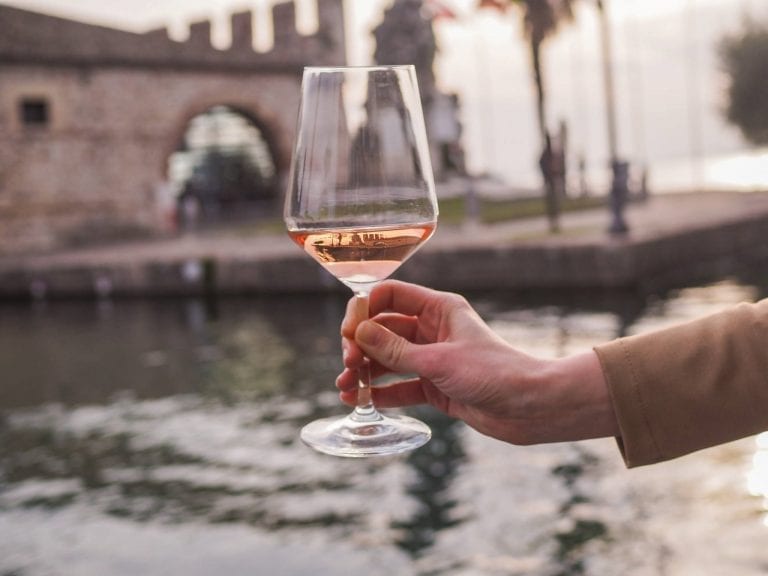 The consumption of rose wines is growing all over the world, with significant progressions in countries like the U.S. Here is how the pink wines sector is developing.

For years it was considered a ladies' wine, frivolous and simple, with a Mediterranean soul, to be enjoyed as an aperitif, capable of making some sense exclusively on summer evenings. But the reality is different, and little by little it's now emerging. The world of rosé wines is complex and varied, made up of thousands of hues, technicalities and precision, acidity and body.

In short, a wine in all respects like its white and red counterparts. «I have been investigating pink wines for a long time, and the more I move into this world, the more I realize the dichotomy between territory, image and fashion, which is an increasingly strong element––says Filippo Bartolotta, journalist and great connoisseur of international markets-–rosé wines appear almost like an outcast category, yet in Provence this is not the case. This is precisely where the rules of the game changed in 2006 with the release of wines such as Garrus by Chateau d'Esclans, an icon of rosé wines, which along with other great Provencals has paved the way for light pink wines that influence today's markets and production techniques».

The boom of Provence

Not surprisingly, the most expensive rosé in the world, auctioned last May for 2,600 Euro, is Provencal: Muse Miraval, magnum version, produced in the Chateau by the same name owned by Brad Pitt and Angelina Jolie.

The consumption of rose wines is however growing all over the world, with significant progressions in countries like the U.S. From the data emerging from the survey "Rosé wine market: evolution & perspectives", addressed by Denis Pantini of Nomisma Wine Monitor study center, shows an increasing world consumption due to these wines' versatility, well suited to social changes and lifestyles of newer generations that often look for products with easy drinking. France is the leading producer in the world, with 5.5% of world production in the appellation (Aop) Provence, so much that it's positioned at the top of the markets with a consumption in 2017 of 23.4 million hectoliters. A retail success due to domestic consumption: in France, in fact, rosé wines are considered like still wines: zero inferiority complexes. An identity that Italy is still slow in grasping.

«I never speak of rosé, but rather of "pink wines"––is what Luigi Cataldi Madonna, third generation representative of the namesake winery, has been saying forever––If you think about it, rosato in Italian is the past participle of a verb that doesn't exist. If we wanted to talk also about rosé for these wines, we would find ourselves faced with an anachronistic term, like saying abat jour instead of lampshade, like our grandparents used to say». But in Italy, although sales of rosé wines in GDO have increased in terms of values and volumes, the sensation of a minor wine continues to exist. «A greater awareness towards commercial outlets, in this case enoteca owners, sommeliers and restaurateurs that should widen the proposal of products on the shelf and in their wine lists, could improve and intensify commerce of pink wines––says Ilaria Donateo, President of De Gusto Salento association and creator of Roséxpo, International Exhibition of Rose Wines––Certainly Roséxpo, like other trade events, such as Bere Rosa or Italia in Rosa, have increased the attention of the end user, which however doesn't find equal balance with the products available in wine bars and on restaurant wine lists».

Rosautoctono, the Institute of Italian Native Rose Wine, established last March, which brings together the Consortiums for the protection of the most representative denominations of origin of the sector (Bardolino Chiaretto, Valtènesi Chiaretto, Cerasuolo d'Abruzzo, Castel del Monte Rosato and Bombino Nero, Salice Salentino Rosato and Cirò Rosato) spreads drink pink culture, with the aim of boosting it, not only from a promotional point of view, but also from an economic and cultural point of view, to the most significant areas dedicated to the production of this type of wine. «We wanted to use the new definition of pink wine––explains President Franco Cristoforetti––since the rosé definition applied to only some denominations. This is to emphasize how identities should always be safeguarded from the names being used. In regards to colour, if we believe in the identity and territoriality of wine, we cannot but have a different shade of pink from one area to another. The names help: the Chiaretto is named that way on Lake Garda, in Bardolino and in Valtènesi, because it is "chiaro" light pink, the Cerasuolo describes the cherry color that is in Abruzzo from Montepulciano grapes. The Castel del Monte Bombino Nero Docg focuses on a vine that gives a specific nuance. A pink negroamaro in Salento and a gaglioppo in Cirò have different tones: one veers towards coral, the other towards onion peel. Rosautoctono was created to promote and enhance these differences, which are values: we believe that customers want to recognize and appreciate specific territorial identities. Italy differs from France only if it brings value to the individual identities of its pink wines, starting with their different colours».