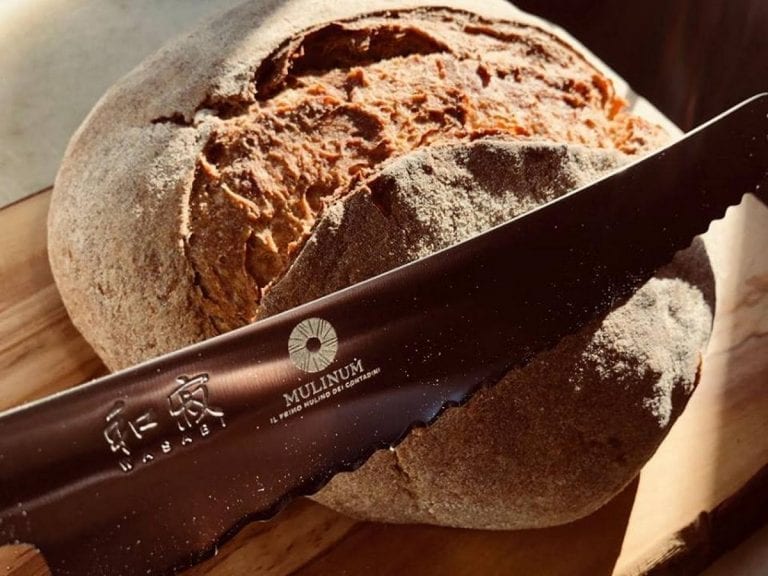 We interviewed Stefano Caccavari, the mastermind behind Mulinum, a Calabrian start up that recovers local grains and stone mills.

Forgive the approximation in reporting the call, we'll try nonetheless to portray the character as he is. Stefano Caccavari, Calabrian who just turned 30, is probably himself the secret of the Mulinum project. "Fantastic!" - referring to our call - we barely managed to getv a question edgewise, that he's already telling us the history of the project: “On February 14, 2016 I announce a crowdfunding campaign on Facebook, after three months I close it with a total of 500,000 Euro collected and on May 23, together with 100 members, I set up the first Italian agricultural start-up: Mulinum. On September 18 we lay the first stone and begin building the eco-friendly farmhouse. On January 31 we inaugurate”. Stefano speaks in the present, but think looking to the future. After only three years he has already duplicated, almost tripled, his dream.

Mulinum is a Calabrian start-up that, in 2016, thanks to an announcement on Facebook, has since raised 500,000 Euro, - "world record for agriculture-food start-ups" - to give life to a peasant mill. "This is how, starting from zero and without public funds, the largest supply chain in Calabria specialized in local grains was born". But the story begins a few years before, when Stefano decided to create Orto di Famiglia in the small village of San Floro, in the province of Catanzaro. This was an agricultural timeshare with leased spaces to over one 150 gardeners. In the wake of this success, he decided to investigate the origins of native grains of his territory, leading to the grinding of family wheat at a stone mill, to then share with everyone the bread initially produced for domestic use. The request grew but the miller announced that he wanted to sell the mill. This is how Mulinum was born. With a post on Facebook, and an innovative crowdfunding campaign.

The farmhouse of San Floro now houses three rooms, the one with the oven, the pizzeria and the mill room. “Here we have two French mills from the 1900s, made with quartz that does not conduct heat. We recovered them in our territories and, despite the age of 120 years, they work perfectly”. Currently in the 250 hectares of land Senatore Cappelli, Verna, Maiorca, Farro, Rye are cultivated; whose flours are then sold and used both for making pizzas and––mainly––for bread. “The pizza is the work of Santo Pate and Simone Marsico, two young men from Catanzaro who lived and worked in London, at Fucina restaurant. One day they contacted me on Facebook to ask me if I was exporting my flour and I convinced them to come back to Calabria". The bread is instead the merit of Grandma Concetta, a peasant baker who shared her the recipe. “It's the traditional bread made from Senatore Cappelli durum wheat, mother yeast (from water and sultanas) and baked in an olive wood-fired oven, which is the cheapest pruning wood in the region. Here in San Floro we call the bread Brunetto, crisp crust and a soft inner crumb". The hundred kilos of Brunetto bread baked daily, thanks to the precious help of Giovanni Torrese, are shipped throughout Italy, with delivery in one, maximum two days.

The second Mulinum near Siena

The story is already great as is, but as you can imagine Stefano was not able to stand still. And luck (or probably his enthusiasm) favoured him. "In February 2017 a gentleman heard about Mulinum on the radio and got excited about the project." The gentleman in question is Massimiliano Leonardi, who shortly after went to visit Stefano and introduces him to the agricultural entrepreneur Guido Venturini in the municipality of Buonconvento, in the province of Siena. The launch of yet another crowdfunding is followed by another post on Facebook. "This time we raised––hold on tight––916,000 euro! Investors came from Switzerland, France and Andorra: the project has become European, but imagine a lady who sends a wire transfer and takes part in the Calabrian dream Mulinum!" The second project, an even bigger space than the first, whose construction was entrusted to architect Fabio Rotello, and bureaucratic times permitting, it will be inaugurated by 2019.

The third Mulinum in Puglia, future projects and dreams

In the works is a third Mulinum in Puglia, “in Mesagne, in the province of Brindisi. Crowdfunding is still active, we will close the campaign this summer. In the meantime I am also being contacted to buy mills”. In short, this is a project born to requalify wheat fields, today it also recovers stone mills. And to support Stefano names like chef Caterina Ceraudo, "who will become chef ambassador of our flours and will create toppings for our agricultural pizzas." There's also medical epidemiologist Franco Berrino "with whom we built a partnership to divulge the project but also communicate the importance of an organic food based diet".

Did you have any other dreams, Stefano ?! "I would like to open a Mulinum in every region, actually, in every province! Then I would also like to open some agricultural pizzerias in the various cities". A virtuous exodus from the countryside to the cities.