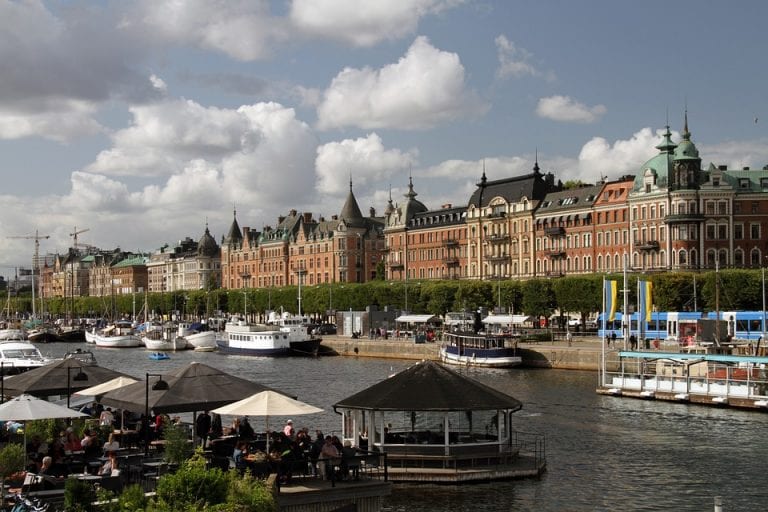 Since 1988 Mancini has been a point of reference for Italian dining in Stockholm. Sommelier Giancarlo Clark tells us how the sector is experiencing the crisis in a Sweden that apparently never stopped.

Phase 2. The doubts of dining world

Italy has entered Phase 2. With many good intentions, doubts, fears, the desire to start again, but legitimate difficulties in imagining the best way to co-exist with the virus. The recovery, therefore, will be slow. And far more cautious than anyone would have hoped. The restaurant sector is now also allowed to offer take out, while June 1st still remains the target date on which to focus for reopening to the public, unless the Government has second thoughts, which could anticipate it by a couple weeks if the situation remains under control. But more than a date, those who work in the sector are asking for certain indications for a safe start. Devices and models to follow in order to restore the relationship of trust between staff and customer that will be fundamental in the management of the upcoming months, when a serious and create approach will undoubtedly be needed, but also shared rules and help from the public administration. In Europe, the most affected countries will gradually resume with similar calendars, but there are those like Sweden who have marked – for better or for worse – a path to observe carefully.

The Scandinavian country's government, initially highly criticized and then recently partially elected by the WHO as a model for the return to normal, has always kept faith with the idea of imposing a soft lockdown, basing the containment of the contagion on the relationship of trust with citizenship, and on the sense of individual and collective responsibility. Looking at the numbers, although the country has never really stopped and the population has basically continued to enjoy their freedom of interaction and movement, Sweden has exceeded 20,000 infections at the end of April alone, containing the number of casualties below the 3,000 threshold, however many more in percentage and absolute than any other Nordic country. This was done without closing parks, restaurants, bars, shops, factories, and only partially blocking school activities. But with two important considerations, on opposite sides of the spectrum, as a premise to any reflection on the effectiveness of the strategy: if the sacrifices did not seem as evident as in other countries, it's not said (it's not true!) that they have not been operated; and two, in regards to the trend of the contagion, although the numbers are not very high, among the Scandinavian countries, Sweden – with 22 deaths per 100,000 inhabitants – still marks as we said much worse numbers than Denmark, Norway and Finland, which have applied greater restrictions. Having said that, for the Swedes the future global economic crisis could be much more contained.

Restaurants in Sweden. Without lockdown

Giancarlo Clark is the sommelier of Mancini restaurant, a fine representative of Italian cuisine in Stockholm. Despite the surname Giancarlo is very Italian, from Positano, although for many years he has lived and worked in Sweden, maitre d' in a place in business since 1988, and that has kept faith to Italian products and traditions and for this reason awarded by the Top Italian Restaurants guide by Gambero Rosso with Tre Forchette and the "keeper of tradition" award bestowed at the beginning of February, just before everything changed in the world. With Giancarlo we talked about the last few weeks, starting from a question that summarises all the doubts of those who work in the restaurant sector in Italy: how can you work in a restaurant co-existing with the virus? “We never closed, but it would be superficial to argue that nothing has changed. Here people are used to scrupulously following of the rules set by the authority, and the experts of health institution enjoy great authority. So even with the operating activities at 90%, the decline was evident for everyone. At Mancini we registered a drop in patrons between 60 and 80%, for a daily income that's 20% of what we were used to. This is because citizens have been asked to show great sense of responsibility: smart working, limiting non-essential outings, maintaining social distance (even without the need for masks, rarely seen on the streets of Stockholm, Ed), self-quarantine at home at the first signs of a simple cold." In short, there has been no lockdown imposed by decree, of course, but there has been a de facto quarantine with a significant impact on business. And on the other hand, with results that will be discussed at length on the casualties. This reflection cannot fail to emerge: given that in any case the economy has been blocked, then was it not worth preparing a few weeks of serious closure in order to save hundreds of lives?

How a restaurant works in Sweden today. The rules

Great effort was also required from the restaurant sector: “We reduced the number of place settings to ensure proper distancing, now we serve a maximum of 30 place settings, we have prepared several hygiene points, we provide all customers with a disposable warm washcloth to cleanse when they arrive. The staff comes to work only when they are well, we are all very responsible. After all, very few tests are performed, we apply rather self-regulation." Mancini is a small venue, but the maximum limit of 50 people has been imposed within a closed space throughout the country, to avoid gatherings, and the places with many seats have paid the highest price. "But with the arrival of summer, there is also tighter control over management of the outdoor areas. If something is off during the inspection, our license is suspended." At the same time, financial aid to support the sector has started: “The State intervenes to pay wages, we employees are furloughed, but the decline in wages does not exceed 7%. For rents, however, there is no national directive either, agreements are made with landlords. This is why it's essential to reinvent yourself. Definitely be serious and respect people's fears, even here people are afraid. So Sweden and coronavirus. Serious creativity

So, for the first time in history, Mancini has also started to integrate its service with delivery: “We chose to rely on a taxi cooperative that operates in the city which we pay without additional costs, within a radius of 25 kilometers. Everything is more controlled and safe, we pack everything properly, the dishes arrive at home without too many changes of hand, we also offer a good bottle of Italian olive oil to those who order a three-course menu. We pamper our customers, who are fortunately mostly Swedish. Those who work with tourism will suffer the most and the longest from the crisis". There is talk of a crisis, even in Sweden, "but there is less shouting, things continue to operate, there is great national cohesion. And Swedes support the businesses they believe in. They are showing great affection to us. In August, after the usual summer break, we hope to start again with added momentum."

Restaurants in Sweden. Ideas for the recovery

Meanwhile, in Sweden actually, there are individuals who have planned to open a Coronavirus-proof restaurant that invites customers to reconcile with nature. More of a provocation than a business operation, Bord for en offers guests only one table, in the open countryside, in the middle of a field in the village of Ransater. Customers reach the table on their own, take a seat and receive a three-course meal previously booked in a picnic basket through a sort of pulley. No human contact, and full respect for the rules. Yet, if we asked for his opinion on this matter, Giancarlo would have no doubts: “What do I miss most in this strange situation? The task of making customers feel the warmth and professionalism of Italian service. We will continue to try, as always"