Made in Fukushima. The rebirth of a contaminated agricultural territory in a book on (and made of) rice 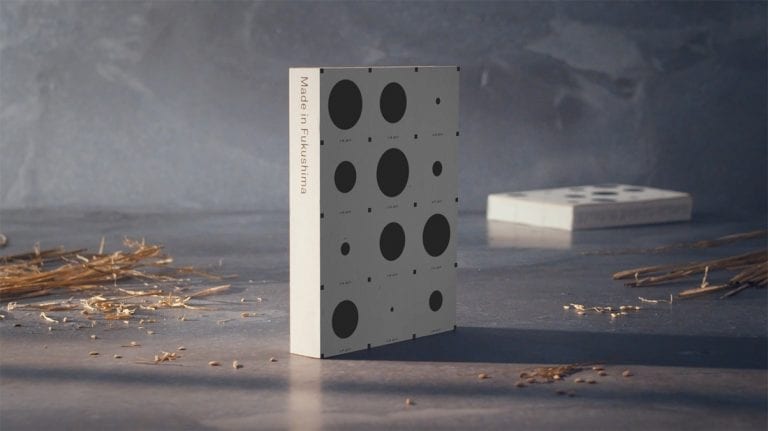 The project is the result of a collaboration between Serviceplan and the German graphic studio Moby Digg. The result is a book––printed on Fukushima rice paper––that tells a true story of agricultural rebirth, where life was interrupted as a result of the 2011 nuclear disaster. The objective of the book is to defeat mistrust.

Fukushima: the nuclear disaster of 2011

Environmental disasters, still too often caused by man, have a profound impact on the ecosystem of a territory. And therefore also on our way of relating to it, of living with it and in regqards to the resources it's able to offer. Modifying the lifestyle and habits of those who live there (every living species) for long periods of time (or forever). In Fukushima––a common fate in all places swept away by nuclear accidents––there's a before and an after. The turning point is dated March 16, 2011, a few days after the very violent earthquake that devastated the Tohoku region in northern Japan, triggering a chain reaction of catastrophes, culminating with the nuclear reactor plant incident in the area occupied by the Tokyo Electric Company, which released radioactivity in the air, at sea and in the waterways of a very large area. Today, and for many years to come, Japan will have to engage in an intensive program to decontaminate the affected area, and the alarm of the Japanese Environment Minister, now nearly a decade old, is still having to deal with the disposal of radioactive water present in the plant.

Issues with the clean-up

Necessary to guarantee the cooling operations of damaged reactors, the water is contaminated by tritium (an isotope that's reportedly not very dangerous for humans) and so far it has been stored in large specifically built tanks, which by 2022 will reach maximum capacity. The only option is releasing the water in the Pacific Ocean, to further slow down the dismantling of the plant.

Made in Fukushima. The book: the rebirth of rice

All around the plant, however, how has life started over? The book Made in Fukushima––from a collaboration between the international agency Serviceplan, the German graphic studio Moby Digg and photographer Nick Frank––intends to give a signal of hope, but above all to break down the wall of mistrust that surrounds any consideration regarding the––albeit slow––improvements to a very serious starting situation not only due to the direct impact on human lives, but also due to the effects on the rural economy of a territory mainly intended for rice cultivation. In fact, following the incident, 300,000 people were evacuated, while 25,000 hectares of agricultural land were contaminated. As soon as possible, remediation operations began. While a group of researchers led by Dr. Masaru Mizoguchi of the University of Tokyo with the support of Meter Group, initiated a decidedly enlightened experiment in support of local farmers who were not willing to give up.

Now Fukushima rice is not toxic. But nobody wants it

It took many years of testing to get to perfect a cultivation method that ensured that uncontaminated rice could be harvested, and therefore without health risks. So, now, Fukushima rice is back on the market. But overcoming the climate of suspicion and mistrust is an equally difficult obstacle to overcome, because "the prejudice is stronger than the scientific truth", underline the researchers involved. The book, symbolically made in rice paper harvested in the reclaimed rice fields, wants to tell this story, and collects interviews with the protagonists, scientific analysis, infographics and photographs that help clarify the situation. And so that everyone can easily read it, Made in Fukushima is available online for free, at this link (hard copies, 296 pages bound on rice paper, can be ordered online on the project’s website). "This book uses scientific data to prove that Fukushima rice is not toxic," explain the creators of the research; indeed "more than other similar productions from other areas of Japan not subject to such restrictive controls", adds one of the farmers interviewed between the pages. Printed in dual language, Japanese and English, the book was bestowed "to the leaders of the global food system", as the site explains "so that they can intervene in favour of a micro-economy that is trying to get back on its feet".

And there’s sake, too

Triggering a chain reaction that reverses the 2011 catastrophe sequence, in Namie, Fukushima prefecture, the resumption of healthy rice production has already prompted a local distiller to restart the production of sake that was literally wiped out by the tsunami. To survive during these past years, the Suzuki Brewery has been forced to move to the Yamagata prefecture. But now the intention is to return to Namie to continue where a tradition of sake distillation dating back to the Edo period was first born. While working on the construction of the new Namie plant, master distiller Daisuke Suzuki has already resumed supplies from Fukushima rice producers. Distrust can be overcome together.