Lula Farms, the world's largest rooftop greenhouse is in Montreal 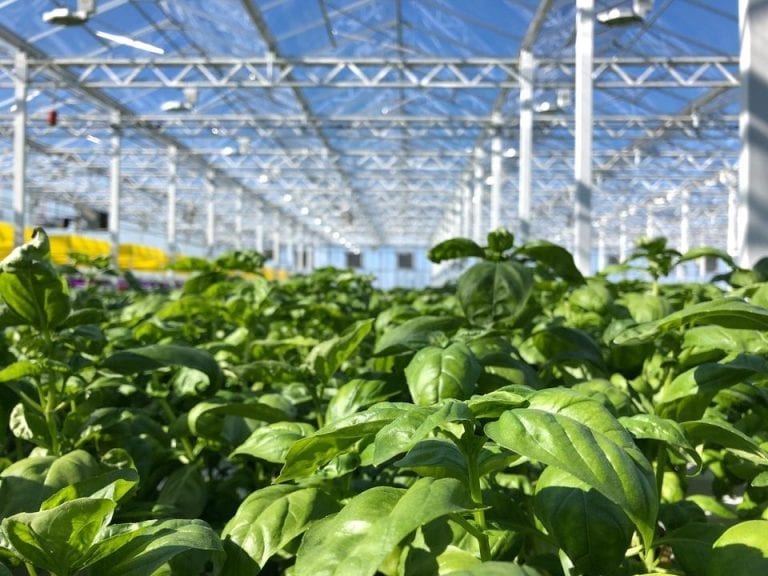 The Lula Farms farm boasts 4 urban greenhouses in Montreal, but only the latest one inaugurated is the largest rooftop greenhouse in the world. The whole story.

Lula Farms and the world’s largest greenhouse in Montreal

Since 2011, it has grown more than 100 varieties of vegetables and other produce; today Lula Farms is the largest rooftop greenhouse in the world, created on a warehouse building in Montreal where it extends for 15,000 square metres with the aim of enhancing biodiversity and promote sustainable agriculture. "We want to reinvent the food system," said the creators of the project, who have already built 4 greenhouses of this type in the city, also serving as models for other American companies, which over the years have been inspired by the urban rooftop agriculture system, thuis creating similar constructions on other buildings in Denver, Chicago and New York City.

How the Lula Farms greenhouse in Montreal works

In the greenhouse there are fruits and vegetables grown with hydroponics, in environments lined with coconut fiber, and all the plants are nourished with liquid substances of various kinds. Insects take care of pollination: bumblebees, wasps, ladybugs which also help to counteract the presence of any aphids, thus avoiding the use of pesticides or other chemical elements, which are not allowed here. High attention is also paid to green energy and the recovery of used materials: there are in fact double solar panels and two sets of energy-saving screens. The closed-circuit irrigation system uses rainwater captured from the greenhouse and all waste is reduced to compost and then reused in the production cycle.

And if the quality is very high, the same can be said for the quantity: every week, in fact, enough vegetables are produced to feed 10,000 families. Plus there is an efficient sorting service that delivers the products to the various city businesses, from stores to shops, without forgetting restaurants. The target is increasing production even more until it no longer satisfies 1% of the city but 2%. An ambitious project that represents "an incredible step towards local and sustainable urban agriculture," according to Mohamed Hafe, co-founder and CEO of Lula Farms last year during the official presentation of the company.

The effects of the rooftop greenhouse in Montreal

In addition to producing many types of vegetables - about 12,000 kilos of tomatoes and aubergines per week - the rooftop greenhouse is also a useful system to "fight against the heat islands of our district," explained Mayor of Saint-Laurent (major district of the city) Alan DeSousa. We call "heat islands" areas where warmer microclimates are created within city areas than in peripheral or rural areas, due to intense urbanization. But that's not all: the company represents one of the country's steps towards sustainability "and the most advanced green technologies," which are among the main objectives of Saint-Laurent.