…last meals. The exhibition in New York on the book that narrates the last meals of the sentenced to death 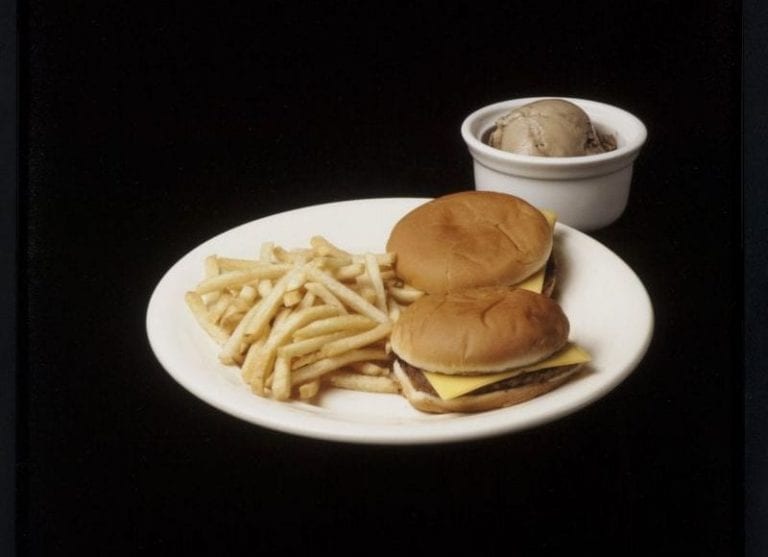 Burger and fries, candy, a red apple. These are some of the last requests from death row inmates in US prisons, now collected in a book and exhibition.

…last meals, photos of the last meals on death row

The dead men walking, in this case, are twenty-three. The expression used on death row to announce inmates walking towards the place of execution in American prisons, made famous all over the world by the homonymous film of '95 directed by Tim Robbins, is now remembered in an unusual manner by American artist Jacquelyn C. Black. With a book of photographs, now on display at the Parrish Art Museum in New York, entitled "… last meals" which collects all the last meals requested by inmates before their death sentence.

…last meals: the book and the author

The book, published by Common Courage Press––in addition to images––reports the inmates' last statements, their date of execution and their use. Former musicians, workers, carpenters and even a cook, Robert Anthony Madden, killed on May 28, 1997, requested that his last supper be given to a homeless man. In his statement, he apologizes for the pain and loss, but continues to redeem his innocence: "I hope we will all learn something about ourselves and others. And we will learn to stop the cycle of hatred and revenge and to evaluate what is really happening in this world." Then the last sentence, the most heartbreaking, "Forgiveness for all for this process, which seems to be wrong."

The exhibition in New York

Fragments of this and other stories are now on exhibit in New York until January 31, 2021, and then preserved in a book, born from a simple and yet very complex question posed by the author: "What must it be like requesting your last meal before being executed for a crime you may not have committed?" We should really imagine ourselves in front of that plate, physically in front of that last bite, "maybe in that way we can truly perceive the experience." Or maybe it's time to question ourselves, to question "our complicity in the judicial system."

Black's images even pull a melancholy smile: childish, simple, banal meals, junk food of the worst kind. After all, it's not surprising if at the point of death one is assailed by the desire to return to one's origins, to dinners with family, with friends, the candies of the past, the fries, the pampering to indulge in from time to time. much. What stands out is James Russell's choice, a musician who requested a simple red apple to say goodbye to life. Thomas Andy Barefoot's, on the other hand, at first sight seems to be a Mexican dish: rice, corn salad, beans in spicy sauce, vegetables. He worked in an oil field and his last words, before being executed on October 30, 1984, were harsh, sharp, but even in his case there was no lack of forgiveness: "I hope that one day we'll look back on all evil. we are doing now, just like when we burned witches on the stake. I want everyone to know that I have nothing against them. I forgive them all. I hope that everyone I have done harm to will forgive me."