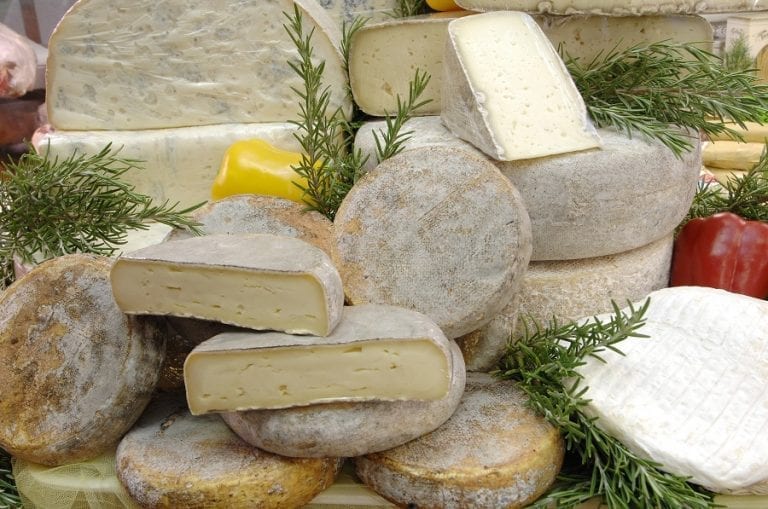 With the goal of highlighting the top tier Italy’s dairy production, a jury of cheese experts and professionals decreed the winners of the 2019 edition of the Italian Cheese Awards, held on October 27 at the VeronaFiere Convention Centre. Now in its fifth edition, the prize is reserved for the best national cheeses produced with […]

With the goal of highlighting the top tier Italy’s dairy production, a jury of cheese experts and professionals decreed the winners of the 2019 edition of the Italian Cheese Awards, held on October 27 at the VeronaFiere Convention Centre. Now in its fifth edition, the prize is reserved for the best national cheeses produced with 100% Italian milk.

The cheeses awarded in 2019

Four months of playoffs. More than 1,400 cheeses tasted and evaluated in order to "nominate" the 33 finalists in the challenge. The nominations cheeses in the finals for each of the ten categories in the competition were the result of the semi finals held in April at the Formaggio in Villa event, a show of Italian cheeses held at Villa Farsetti, Santa Maria di Sala - Venice, where the public had the opportunity to taste the cheeses and express its own judgment, adding its votes to the ones of a panel of technical judges.

After a first screening, the 1,400 cheeses in the competition came down to 33 nominees for the Finals. These are all products made from 100% Italian milk, each examined and voted by the final panel of judges composed of cheese experts and professionals, in a challenging but extremely satisfying tasting session. 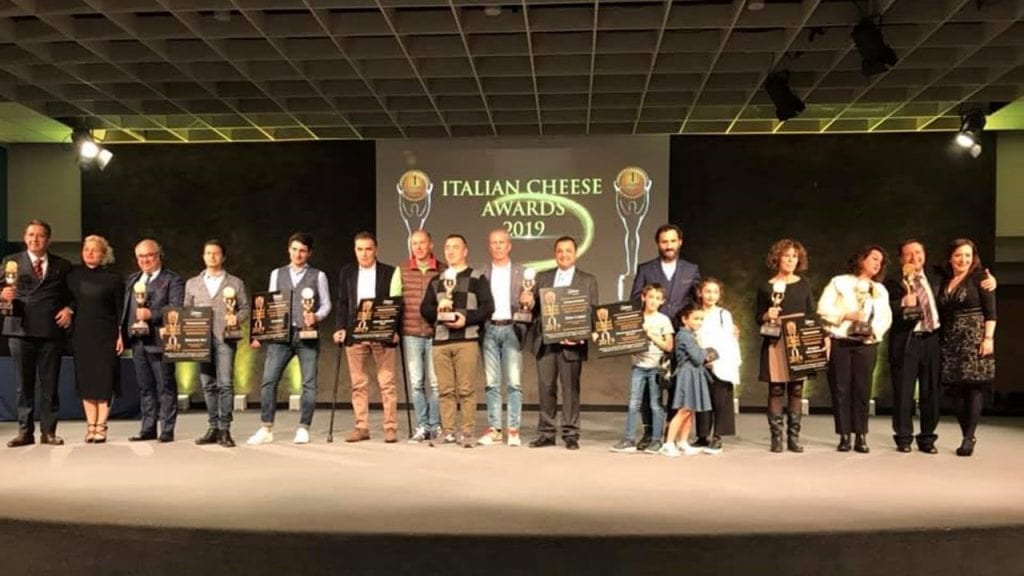 Here are the 10 statuettes awarded during the ceremony-event broadcast in live streaming of the winners in each of the 10 cheese categories in the race.

In the super-fresh category, the winner is Crema di Rugiada made by Caseificio Artigiana, in Puglia. This fresh and creamy dairy cloud is produced with only raw milk from farms in the Murgia plateau.
Caseificio Artigiana - Via Cavalieri del Lavoro - Putignano (BA) - www.caseificioartigiana.it

Winning in the soft cheese category is Asiago fresco DOP produced by the San Rocco creamery in Tezze sul Brenta. The cheese is still made in the traditional way and produced by a cooperative of about twenty members.
Caseificio San Rocco - Via Tre Case 65 - Tezze sul Brenta (VI) - www.caseificiosanrocco.it

The Italian Cheese Awards for best spun-curd cheese again goes to caseificio Artigiana, in Puglia: their burrata is memorable, characterised by the absence of a head in top part, and the total hand-produced external "pouch" and the filling, stracciatella mixed with milk cream. A must taste.
Caseificio Artigiana - Via Cavalieri del Lavoro - Putignano (BA) - www.caseificioartigiana.it

The gold prize for the best Italian aged spun curd cheese goes to Caciocavallo di Agnone P.A.T. made by Di Nucci, in Molise, from raw milk from cows of the Bruna Alpina breed. On stage to take home the statuette were Franco Di Nucci and his daughter Serena, the eleventh generation of a long lineage of cheese makers.
Caseificio Di Nucci Latteria dal 1662 - Via Roma 12 - Agnone (IS) - www.caseificiodinucci.it

The semi-firm cheese awarded by the judges is the Don Carlo produced by inMasseria from Grottaglie. A supple and elastic cheese made with cow's milk and kid rennet, with a pleasantly spicy taste.
Societa Agricola F.lli Cassese - Via Achille Grandi 15 - Grottaglie (TA) - www.inmasseria.it

The prize for the best Italian cheese aged beyond 24 months goes to Parmigiano Reggiano 48 mesi by Caseificio Gennari in Emilia-Romagna. On stage to collect the coveted prize were Paolo Gennari and his three children: the next generation of cheesemakers.
Caseificio Gennari - Str. Varra Superiore 14a - Collecchio (PR) - www.caseificiogennari.it

The prize for Italy’s best flavoured cheese goes to Latteria Perenzin with the Anniversary Bianco, an organic milk cheese aged with grape skins of Incrocio Manzoni Bianco 6.03.13, a wine named after Professor Manzoni of the Conegliano wine school. Elegant in its tones of toasted caramel, melted butter and floral aromas. The award was accepted by one smiling Emanuela Perenzin.
Perenzin Latteria Srl - Via Cervano 85 - San Pietro di Feletto (TV) - www.perenzin.com

In the blue cheese category the winner was the Lombardy Arrigoni Battista dairy with their Berghem Blu, well-balanced, intense but not too pungent. The production includes its own organic and complete supply chain.
Arrigoni Battista Spa - Via Treviglio 940 - Pagazzano (BG) - www.arrigoniformaggi.it 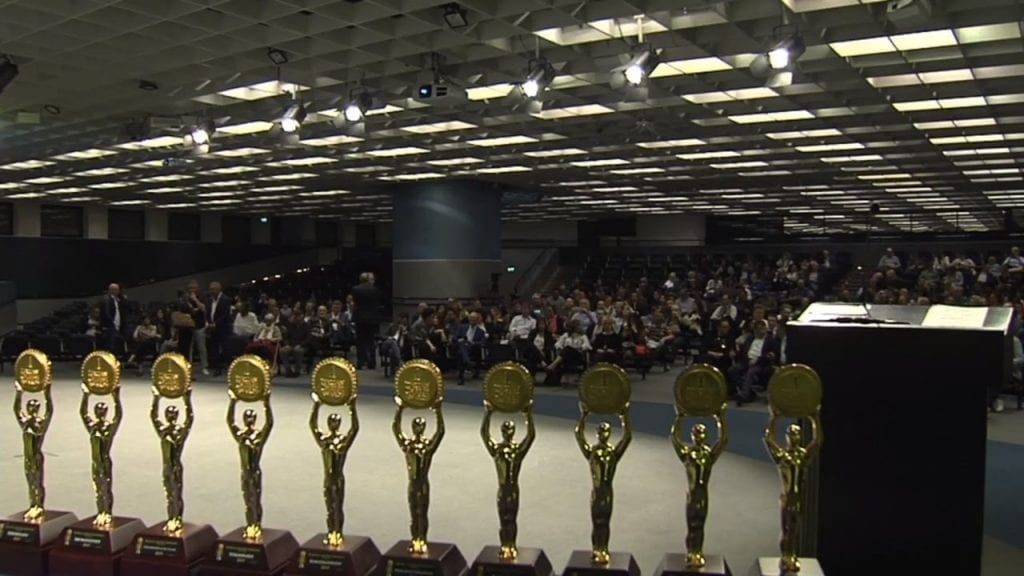 In addition to the different cheese categories chosen by the panel of expert judges, seven special prizes were also awarded, selected by Guru Comunicazione, the event organizer and business engaged in promoting the world of cheese through events, conventions and domestic trade fairs such as “Made in Malga”, “Formaggio In Villa” and “Luxury Cheese”.

The Premio for Best Milk By-product goes to Ricotta di Bufala Campana DOP a delightful creamy ricotta obtained by homogenising whey, made by Caseificio il Casolare in Alvignano in the province of Caserta. The prize was handed to the ever smiling proprietor and cheesemaker, Mimmo La Vecchia. www.caseificioilcasolare.it

Italy’s “Cheese Bar of the Year” is Sogni di Latte in Naples. Collecting the prize is Luigi Muroli, founder and CEO. www.sognidilatte.com

The most moving moment of the evening was the lifetime achievement award assigned to Carmelo Pira, of Caseificio Agricolo Radichino, in the Tuscia area of Viterbo. The octogenarian shepherd originally from Sardinia wins this prestigious award for a life dedicated to the love for milk, his flock, and his children, who now continue in his legacy. www.caseificioagricoloradichino.it

Valsamoggia dairy in Emilia-Romagna wins the coveted prize for the "Dairy of the Year". www.caseificiovalsamoggia.it

Last but not least, the prize for "Cheese of the year" goes to Fiore Sardo DOP, a sensational smoky aged pecorino produced in Sardinia. Representing the family dairy and collecting the prize is the cheesemaker himself, Salvatore Bussu Debbene. www.formaggidebbene.it