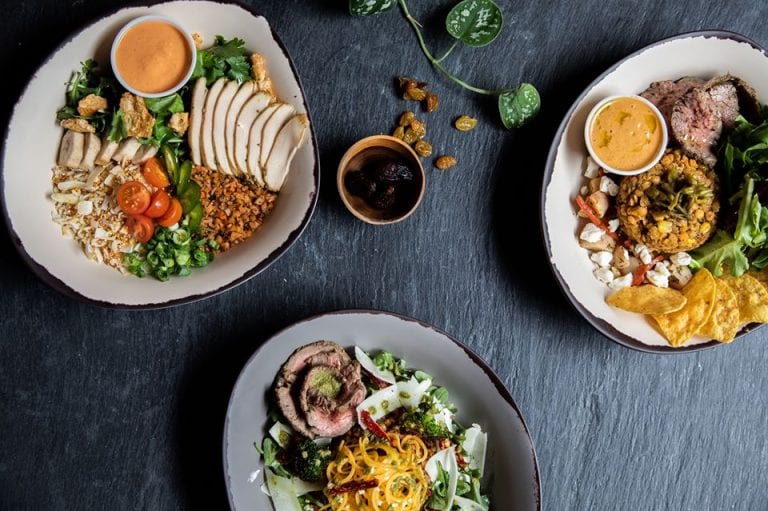 The dishes on the menu are an unusual fusion of apparently very different food cultures: Mexico and India, Ethiopia and El Salvador, Ireland and Russia. With the idea of highlighting the convivial table and the role of immigration at the core and origin of the American culture. One block away from Donald Trump's White House.

The project deserves to be chronicled for the idea and the ability to put it into practice effectively. But it's certainly the proximity to the White House that gives it resonance on an international scale: an unusual neighbourly relationship that puts only a block between the official residence of the American president Donald Trump and the restaurant opened a couple of weeks ago by Enrique Limardo and Peter Schechter in Washington DC, with the idea of showcasing the cisines of the world and providing a meeting point and support for immigrants in America. Certainly this is not the first such project in the United States that in recent years has seen dissent grow for a provocative and bold immigration policy, which is also a very important resource for the dining sector, as shown by the large number of foreigners employed in it on American soil. But certainly the closest, ironically (the founders call into question serendipity, totally unexpected), to the main advocate of the hard line against immigrants, Donald Trump.

Believing in the Immigrant Food project, as explicitly stated in the sign of the new restaurant, was initially a chef who was already very well known in the city, Venezuelan Enrique Limardo, who launched a fast casual dining format, that brings together in the kitchen added food stimuli, to highlight how the American table is the result of the encounter of multiple cultures. The formula chosen is single dishes that mix, from time to time, at least two very different gastronomic traditions, starting from the signature dish of the restaurant, which represents the two most numerous foreign communities in the city: Ethiopian and El Salvador. But the place also plays with the possibility of combining ingredients that are much loved in Filipino cuisine with sub-Saharan African traditions, or on the curious mix on the Lima-Beijing axis. The cuisine of the Italian immigrants, on the other hand––during the last century of American history has played an equally important role––is matched in a more predictable way to the Greek gastronomic culture, in a mix of Mediterranean ingredients which includes dried tomatoes, pesto, parmigiano, fennel pollen, broccoli, yogurt and garlic chips. Other unusual couples are Ireland and Russia, India and Mexico, starting from a long and documented research of the typical ingredients of each culture.

The table that enhances differences

The idea, in short, is once again reaffirming the value of diversity, and celebrating America as a place of welcome and encounter. In an area open to associations that provide assistance to immigrants from Washington, who can count on the restaurant to organize legal and health assistance for those in need, English lessons for foreigners and employment services. But customers are also invited to lend support, with donations or signing petitions in favour of immigration. The food experience, however, remains at the centre of a project designed to raise awareness without giving up having fun with a good and unexpected cuisine, in a space cared for in detail, with handcrafted carpets coming from all over the world, art photos that tell the joy of finding yourself at the table and lots of colour. The project, moreover, has solid roots: matured for more than ten years in the mind of Peter Schechter, as the son of immigrants arriving from Austria and Germany, can count on the support of one of America's most celebrated chefs. And the idea is to set a good example, to encourage the spreading of a chain that celebrates the value of immigration at the table, "regardless of Trump and the need to oppose the anti-immigration rhetoric of the present day," explains Schechter "Because meeting at the table is a fact that has always existed".